Welcome to Wisteria Lane, where every neighbor is a potential killer, every friend a potential enemy, and every woman victim to TV’s most overused childbearing tropes. Join me as we take a tour of these tropes—we need not even leave Wisteria Lane.

The Out-of-Hospital Birth
Also known as the “born in an elevator trope,” this one’s mighty popular in TV and film. Desperate Housewives, not to be outdone, has dreamed up some truly outlandish scenarios. In season four, Bree’s daughter Danielle goes into labor at a Halloween party and gives birth—in secret—at home. In season six, Lynette gives birth while she’s held hostage by a serial killer.

In season one, Gaby discovered that Carlos had been tampering with her birth control pills, because he wants a baby and she doesn’t. Gaby becomes pregnant, and she forgives Carlos. In season three, Edie and Carlos decide to try for a baby together—but Edie secretly takes birth control pills. When Carlos finds out, he breaks up with Edie. Then, in season six, Carlos confesses to Gaby that he never had a vasectomy, as he had promised years ago. (Gaby forgives him.)

Without this trope, also known as the “Who’s Your Daddy?,” Desperate Housewives simply couldn’t exist.

The Menopause-Turned-Pregnancy
In season four, Susan thinks she’s going through menopause, but she’s pregnant. The same thing happens to Lynette. This one—plus the teenage miscarriage/adoption—accounts for the majority of representations of pregnancy in TVLand, an outlandish place where nobody has a typical pregnancy.

In season one, Gaby falls down the stairs and suffers a miscarriage. Usually, the convenient miscarriage occurs in teen dramas—at some point in almost every teen drama there’s a pregnancy, but since abortions are rare in TVLand, miscarriages are quite common.

Want another woman to carry your child? You’d better make sure she’s destitute, weird, or powerless. In season one, Gaby and Carlos decide to buy a baby off a pregnant stripper. Later, they decide to impregnate Xiao-Mei, their maid. Not surprisingly, Xiao-Mei (being a woman) attempts to seduce Gaby’s husband and take over her life, and Gaby (being a woman) threatens to sell Xiao-Mei into slavery.

The Meddling Mother-in-Law (and mother)

Having a baby? Better avoid all the mother figures in your life, because they’re planning to ruin yours. Bree’s mother-in-law Phyllis interferes with Bree’s infant Benjamin, so Bree kicks her out. Later, Bree interferes with Danielle’s rearing of the same child—and Danielle leaves. In season four, Mike’s mom arrives just in time for the birth of Susan’s baby. Susan kicks her out. In season six, Lynette kicks her mother-in-law out of the house for similar reasons. Meanwhile, all four of our Desperate Housewives have seriously problematic relationships with their own mothers. And let’s not forget about Orson’s mother, Gloria, who asks her daughter-in-law to rape Orson, amongst other, um…schemes.

Whew! That was an exhausting tour! What did we learn? First and foremost, women lie about paternity…so men beware! We also learned that women murder in order to hide their lies, and that men murder to cover up or seek retribution for women’s mistakes. Let’s not forget it was Susan who ran over Dave’s family; it was Orson’s mom who told him to run over Mike; it was Mary Beth’s mistake that led Paul to murder; it was Katherine’s cover-up that led Wayne to murder; and even serial killer Edie was driven to homicide by his deeply abusive mother.

Granted, series creator Marc Cherry intentionally crafts his plot lines around the machinations of women. He originally conceived Desperate Housewives as an antidote to Sex and the City, which he thought over-emphasized friendship and ignored the secrets that women keep. Thank goodness he stepped in!

You left out the storyline of Gaby and Carlos' baby Juanita being mixed up at birth with the child of a Mexican illegal immigrant couple last season.

haha, true! there was just too much to cover it all! 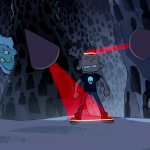