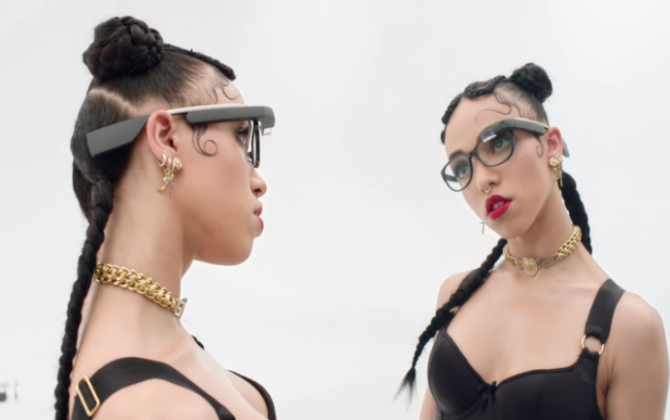 FKA twigs, staring at herself in her new video #throughtheglass.

Tahliah Debrett Barnett goes by the sonically inspired stage name FKA twigs—the name is a reference to how the British singer’s bones audibly crack when she dances. I bet it’s a name a lot of people will know soon: her debut studio album LP1, which dropped in August on The Young Turks label, is a lush landscape of eroticism flowing with the smart lyrics of a sincere poet.

Barnett, now 26, grew up in Gloucester, England and was the only mixed-race girl in her Catholic school. She began her career dancing for big acts like Kylie Minogue and Jesse J., but she started to release material when her confidence caught up to her musical ambitions. LP1 is a smart, sexy album that has struck a chord with fans and critics alike: right after its release, LP1 was nominated for the Mercury Prize, the annual award for best album from the United Kingdom and Ireland. Despite the sudden rush in critical acclaim, don’t think that FKA twigs is content on appeasing the mainstream. She told The Guardian that she writes exactly what she thinks. “If it's a raw subject, I write lots of things and then pull out all the fluff words,” she told the paper, adding, “Weird things can be sexy. Vulnerability is the strongest state to be in. How boring would it be if we were constantly dominant or constantly submissive? In the video [for “Two Weeks”], it's this vision of me feeding myself, milking myself. I was naked, painted in gold, doing krump dance moves. It's bizarre, but hot in a very weird way.” The “Two Weeks” video is indeed on the weird side, with its Queen of the Damned wardrobe and troop of the singer’s identical miniatures who dance around her throne like x-ray-shrunken court jesters.

Like her contemporaries Banks, Jhené Aiko, and SZA, who have been dubbed “alternative/experimental R&B,” FKA twigs writes sharp, confessional lyrics.  She confessed to Dazed and Confused, “I don’t know if I’m a tortured soul, but I was born heartbroken.” What sets FKA twigs apart is her MO: eccentricity not for the sake of eccentricity but for the purpose of pushing, exploring strength and vulnerability and fighting against their boundaries.

Even with lyrics such as, “When I trust you we can do it with the lights on/When I trust you we’ll make love until the morning/Let me tell you all my secrets and I’ll whisper ‘til the day’s done,” her music indulges in the darker sides of curiosity. As a producer, FKA twigs emphasizes the potency of marrying the powers of surrealism and minimalism. Smoldering against the wave of her high, breathy vocals, her music videos often find the sensual in the unusual. Her video for “Papi Pacify,” a single from 2013’s EP2, was shot in black and white and features FKA twigs embraced by a shirtless man who wraps his hands around her neck, sticks his fingers in her mouth, and peers down her throat as though he can see all the way down into her stomach. Although there’s nothing explicitly violent about these interactions, the latent aggression is equal parts fascinating and unsettling.

In the video for “Water Me,” her physical features are blown up into extravagant anime proportions. At times, she rocks back and forth with the beat like a human metronome. By the end of the video, her eyes are alien-like saucers. When FKA twigs explores sexuality in her music, she does so with a conscious dismissal of appeasing the male gaze. An accomplished dancer in her own right, FKA twigs uses her body as an extension of her sound. In concert, she’s known to vogue, favoring choreography that one can only assume lives up to the meaning behind her stage moniker. But within the context of her music, her body, even in its nakedness, is not always meant to signify carnality or even sexual availability.

LP1 is the result of a young woman whose musical tastes were not shaped by top-40 radio or universal staples such as The Beatles. As she explained to Dazed, “My dad never listened to Elvis or Sting or Bowie. Any band name that’s on a t-shirt, I probably won’t know their music, like AC/DC or whatever.  I don’t know what that is. As a kid I would sing along to artists  like Tania Maria.” Perhaps this is why her music so obviously rejects the mold of what the public expects of an R&B artist. It’s not so much a form of anti-authorial protest but the culmination of a musician who thinks like a producer, who is in love with the spatial manipulation of sound.

I love how FKA Twigs is unafraid to be herself and has garnered a ton of success without compromise. She's such an inspiration. 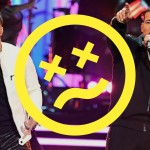 by Dahlia Balcazar
I don’t expect too much from award ceremonies, and this year’s Grammy Awards reminded me why.