But Do We Need an App for That? The New Trend of Consent Technology | Bitch Media

But Do We Need an App for That? The New Trend of Consent Technology 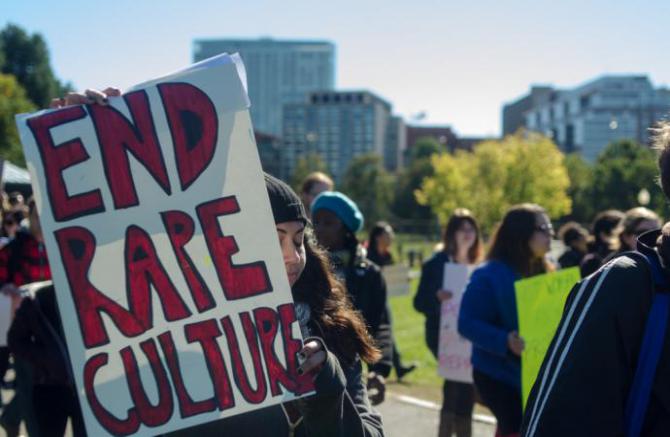 A protester at a march to end rape in Boston—an increasing number of companies are aiming to encourage consent via smartphone apps. Photo by Chase Carter, Creative Commons.

We have apps to help us sleep, to help us read the day’s headlines, and to help us shoot angry birds at pigs. Now, there’s an app that helps you consent to sex. But is a smartphone app a smart solution for the pervasive rape culture we live in?

This past spring, two weeks until our college graduation, a friend and I were sitting on her front porch, reflecting on our college careers, when we came to a chilling realization. When we counted up the number of people we personally knew who had been sexually assaulted on our small college campus in the past four years, we ran out of fingers to count on. Both of us were among that number. Some of our friends reported the crimes to our school, some of us didn’t. We had all participated in the annual Take Back the Night event as well as countless other campus discussions, panels, and investigations about why rape culture is so prevalent on a college campus that prides itself on its commitment to social justice. But no one we knew saw any repercussions fall on the men who had assaulted us over the years.

Our school was not special in this way, neither in the haunting prevalence of on-campus sexual assault nor in the important conversations happening around rape culture. This has become a big discussion on campuses and is at least starting to receive the media attention it deserves. These conversations have done a lot to finally dispel the “rapists are strangers who jump out of alleyways late at night” myth and sparked a lot of conversation and debate over what constitutes consent. Last year, California adopted an affirmative consent law for all public universities, switching from a “no means no” paradigm to a “yes means yes” one. Still, though, a recent poll shows that college students are still confused as to what affirmative consent means, proving there is still work to be done in implementing this model.

As we become more and more aware of the epidemic-level pervasiveness of rape, we have seen people try to use technology to reduce rates of sexual assault. Last August, four college students at North Carolina State University developed a nail polish to detect the three most common date rape drugs, so women could subtly stir their drink with their finger to determine whether or not they were about to be roofied. Not realizing that only about 2.4 percent of victims of sexual assault suspected having been drugged, many people heralded Undercover Colors nail polish as an empowering tool to stop date rape. The product received a lot of criticism from anti-rape activists who pointed out that it shouldn’t be a woman’s responsibility to use the nail polish to prevent rape, and that it’s not a woman’s fault for being raped because she didn’t use the nail polish and test every drink. Earlier this year, Good2Go, an app that asks you a series of questions to determine whether or not you are consenting and/or sober enough to consent to sexual activity, was pulled from Apple’s App Store two weeks after launching for reportedly presenting “excessively objectionable content.”

The Good2Go homepage offers a view of their consent app—the company is currently working on “version 2.0.”

Now, there’s We-Consent, a new app that records a 20-second video of users consenting to “sexual relations,” with the aim of inspiring its users to continue conversations about consent even when the app is not in use. We-Consent also has a partner app called What-About-No, which plays a video of a man’s voice sternly saying “What part of ‘no’ don’t you understand?” for the times when, as the website explains, “a no message is not getting through.” So, basically, if someone doesn’t respect you saying no, play them a video of a man saying no for you.

When We-Consent takes its 20-second video, it automatically sends the file to a top-secret, offline location, which is supposed to be secure from hackers and only available to the police or a university sexual assault disciplinary committee. The video must register an explicit “yes” for the file to be sent for safekeeping: otherwise, the video is destroyed and the app prompts you again to give consent.

I appreciate that people are working to end rape culture in whatever ways they can, including thinking about technological solutions. But this app is flawed in several ways. First of all, it seems like if the video does not register a yes—in the “only yes means yes” culture the app is trying to promote—that is exactly the kind of video that should be kept as evidence down the line. My biggest problem with this app is that it treats consent as a one-time event rather than an ongoing process. The video taken is so short and in such a strict “question and answer” format (you can see an example of the app being used here) that there is no space to specify what kind of sexual activity you are consenting to, what your boundaries are, what your safe words are, and so much more. Yes, the people behind the app have said that the app is meant to spur a longer discussion after the camera is turned off… but that discussion won’t be documented and available to the police and/or university disciplinary committees. Saying yes on camera now equates to saying yes to everything that happens to you after that, and an off-camera “no” won’t hold up against the “yes” played at your assailant’s disciplinary hearing. What if you say “yes” to sex but then the situation changes and you say “no” down the line? This app doesn’t allow for you to change your mind.

We-Consent hopes their app can help couples talk about consent—but it's an imperfect system.

I am absolutely fascinated by this new trend of finding technological answers to a cultural problem. We remain completely astounded by the technological advances we have made—from stem cell research to the Apple watch to close-up pictures of Pluto—that we now think technology can solve anything. After all, it’s an easy enough solution: all you have to do is find the right code, market it, run an Indie GoGo campaign, and suddenly, this terrifying problem is rectified. I really wish it were that easy, but unfortunately, it’s just not.

I brought up the app and this article during a group chat with a group of college friends the other day, and I asked them if they thought this app would have been helpful to them in the past. The answer was a resounding and universal “no,” that the situation would have turned out the same, and that even trying to use the app would have been impossible. One of them summed it up perfectly. “The app makes it seem like you have a lot more agency than you actually have,” she said. And that’s just it: The app is yet another way of placing the responsibility on victims to not get raped, instead of working to convince people not to rape.

That being said, I think there are apps that can help keep you safe. I myself have used SafeTrek, in which you hold down a button while walking alone, and if you release it without entering your four-digit pin number, GPS locates your phone and contacts the nearest police. While not exactly the same as consent apps, SafeTrek is an example of technology that gave me some piece of mind while walking home from campus at 11pm—that if something happened, someone would know I was in trouble.

None of these apps and products is attempting to be the all-encompassing solution to rape, because clearly, there is no singular solution for dismantling rape culture. Rather, they aim to be tools to help those who are vulnerable to sexual violence. In the future, I would really like to see technological explorations that focus more on educating those who are susceptible to perpetrating sexual assault, rather than placing the responsibility on victims to prevent the assault on their own. While I’m definitely not against utilizing technology to inspire more dialogue around consent and rape culture, I just don’t think we’ve cracked the code yet. 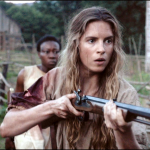