Call the Midwife: Three Questions to Ask Republicans about Reproductive Healthcare that Have Nothing to Do with Abortion | Bitch Media

Call the Midwife: Three Questions to Ask Republicans about Reproductive Healthcare that Have Nothing to Do with Abortion

Last night’s episode of Call the Midwife veered away from the familiar topics of abortion and birth control and provided a reminder of something that often gets lost in policy discussions about reproductive health: In so many ways, these issues have to do with love. Reproductive health is about sexual relationships, the emotional turmoil of motherhood, and the promise of the future. It’s about the relationship women have to themselves, their spouses, and their families of origin. It has to do with economics, education, gender norms, and heteronormativity.

We know how the current Republican party feels about abortion and free contraception. But what about the myriad of other reproductive health issues? Here are three questions for Republicans about women’s health that don’t have to do with preventing or terminating pregnancy.

• What would a Romney administration do to preserve the Postpartum Depression Act?

In this episode of Call the Midwife, we meet Shirley Redmond, a young mother who gives birth to a baby girl. Shirley suffered from a severe depression after her first child was stillborn, but seems to have recovered. When her infant daughter is snatched from her pram, Shirley’s mental health history leads the police and community to suspect that she has harmed her child.

It’s a dramatic example of postpartum depression, but one in eight American women suffer some kind of depression or anxiety after giving birth. Maternal health needs don’t end after birth. The Affordable Care Act wrote the Melanie Blocker Stokes Mom’s Opportunity to Access Health, Education, Research, and Support for Postpartum Depression Act into law. Will Republicans make sure the act isn’t repealed if they get rid of Obamacare?

• How would a Romney health policy help teenage mothers who choose to parent?

Remember Mary from Episode 2 of Call the Midwife, “The Browne Incident”? She’s the young Irish girl who was forced into prostitution and made pregnant by one of her clients. Her child was then put up for adoption without her consent. Struggling with a precarious mental state, Mary snatches baby Gillian, convincing herself that the child is actually “my Kathleen.”

Even though Mary wanted to parent her child, at the time there were few resources in place to help her do so and the nuns at Nonnatus House had the legal right to put her child up for adoption. Today, teenage mothers are afforded the opportunity choose to parent their children, but the resources available to support them are still quite limited.

In an effort to meet these needs, Obamacare supports a program called the Pregnancy Assistance Fund as part of the healthcare- reform law that passed in 2010. The fund helps programs that provide services for pregnant teens and young adults, such as increased sexual education and parenting classes. What kind of programs do Republicans have in mind for teenage mothers? If the ACA is repealed, will PAF go out the window? What will take its place?

• Without the ACA, how will all women have access to adequate prenatal care?

In addition to the baby-snatching drama, last night’s episode also featured the story of Margaret, a young musician who is expecting her first child. She loses the baby, and her own life, when she develops eclampsia.

Eclampsia is, these days, generally diagnosed (as preeclampsia) before it becomes full-blown, but the condition is still a common and serious complication, and good prenatal care is crucial to prevent such drastic outcomes. Sadly, over half of all women buying health insurance in the individual market today do not have maternity coverage. When the Affordable Care Act is implemented, about 8.7 million women will have guaranteed access to maternity care. What do the Republicans have planned?

Any self-respecting prime-time medical drama needs at least one case of child abduction, and while this type of melodrama doesn’t reflect the reality of most women’s lives, it does serve as an excellent reminder that any discussion about reproductive health that is limited to birth control and abortion does a serious disservice to women. Let’s start asking questions that reach beyond that paradigm. We might be surprised at what we find out.

I'm a recovering republican and I come from a super conservative. I can answer the teenage issue.

"Blah Blah blah she shouldn't have had sex in the first place!'

"But what do we do about teenage mothers?"

"BLah BLah BLas teenage mothers are horrible people and shouldn't have had sex in the first place!"

"But it's too late, what should they do?"

"BLah BLah Blah morals are terrible in this country. She should have said no!"

Translation: Romney wil do nothing but continue to shame teenage, as well as single, mothers. It will be more about what they shouldn't have done rather than what has already happened. Expect the s and w word to be thrown around.

Maybe that is what you came from but that is not true of most Republicans I know. You are clearly bitter for some reason and I doubt you have recovered from your bitterness. You could have ALWAYS formed your own standards. You don't need to blame all Republicans. Grow up 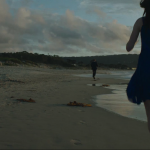