To tabloid readers they are bodies and blood. Stories of scandal. The irresistible macabre. But the voices of art and activism group Ni Una Más want us to know that the ninety one women killed recently in the highlands of Chiapas, Mexico are daughters, mothers, sisters, schoolmates, friends. And they have names, though they no longer have their lives.

Women in Mexico face an appalling rate of violence and murder—official studies show 67 percent of Mexican women personally suffer some sort of violence in their life and murder rates of women have climbed for the past four years. That’s just the official numbers, the actual rates are likely higher.

Today, on International Women’s Day, the Chiapas academic and perfomance research center Centro Hemisférico adds a message of life to a campaign to end death, inviting the community to the steps of the Church of Guadalupe to remember and honor the women they love—past and present—with poetry, flowers, and photos. For the last 11 months, the arts-based Ni Una Más campaign has taken to the streets of San Cristóbal de las Casas, Chiapas to reclaim public spaces and demand an end to violence against women.

It all started with the murder of 17 year old Itzel Janet Méndez Pérez last April. Local news ‘memorialized’ Itzel with graphic accounts of her death, ignoring what—and who—she left behind in life while authorities lagged in finding those who took it from her. A coalition of human rights leaders and family members came together to demand justice: “Not one more!”

Ni Una Más kicked off with a citywide art campaign: a hand-drawn portrait of Itzel as its centerpiece. On May 14, 2012, twelve hundred people marched through San Cristóbal, portraits in hand, to assure that Itzel remained visible. In the months to come, portraits graduated to masks, which became three-dimensional silhouettes of women’s faces, expanding Itzel’s visibility to include the dozens of other Chiapanecan women murdered in acts of femicide. Last month, Ni Una Más filled the city with painted lanterns, each bearing the name of a different woman killed since January 2012.

“When a woman is killed—decapitated—she becomes la que encontraron (the woman they found),” explains lead organizer and political performance artist Doris Difarnecio. “She is not only physically headless. She is nameless. We want to make [these womens’] lives visible.”

Not just visible, but visceral, the actions that flood the streets of San Cristóbal each fourteenth day of every month on the anniversary of Itzel’s death reach beyond the morbid mythology of “the woman killed” to create spaces for public mourning. With each “¡Ni una más!”—painted, sung, recited, wept—Itzel’s family, and their growing network of artists, activists, lawyers, social workers, and family members demand that their pain be felt and heard.

Art is their megaphone.

Why art? “It allows us, as a group, to take something destructive and turn it into something creative, collaborative, and constructive,” says Grace Remington of the Centro Hemisférico.

“I think art makes this issue accessible to people,” adds artist Difarnecio, “When you see the street full of one hundred beautiful lights, you want to look. Then you realize you are looking into the names of women killed in your city and you have to face this terrible, tragic thing. You become aware of yourself—you see yourself in the crime. There is urgency.”

Yes, there is. Just days after the first march for Itzel, authorities held a meeting with her parents and gained access to her diary, which revealed the names of her killers—friends of hers—who were then detained and brought to trial. But the Pérez family’s fight to end femicide is just beginning. With the help of the Centro Hemisférico, women’s rights attorney Martha Figueroa, and a growing network of allies, Itzel’s family have become passionate advocates for others seeking justice in the names of women they have lost. “The part that’s powerful for me is seeing how these actions have transformed [Itzel’s family] and given them agency,” says Difarnecio. “Now they make sure that other parents are there. It has made this family stronger.”  Today, more than a movement, Ni Una Más is a community, rewriting the city’s story so that acts of violence—not women—disappear. Mil gracias to Doris Difarnecio, Grace Remington, Lydia Reich, and Martha Figueroa for their continued work in the fight against femicide in Chiapas, Mexico. 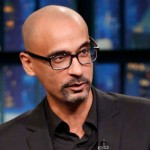 by Amy Lam
Can Diaz redeem himself?