Riot Grrrl Berlin recently released their sixth music compilation—joining mixtapes like “This is What Feminism Sounds Like” and “Mansplaining on the Dancefloor”—that highlights 95 bands from a variety of countries and musical genres.

This new collection is not only a free five hours of music, it’s got a great name: “Cats against Catcalling.” This is an anti-street harassment tactic we haven’t seen before!

To spread the word about the compilation and its message, Riot Grrrl Berlin is using DIY memes and a Tumblr page, and worked with Hollaback Berlin (the German branch of an international anti-street harassment organization), to create flyers and posters. As they wrote on their website, “this compilation is worthless if no one will hear it. so please, share about it on your blog, post it on facebook, print some posters  and paste your town. this is what d.i.y. is about.” 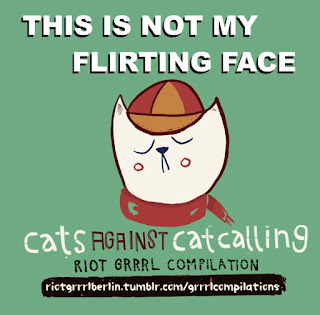 Many songs on the compilation do not explicitly address catcalling, which may be for the best: varied content will appeal to a wider audience. But even within the songs that take the subject head on, approaches differ. The catchy punk number “I Fight Back” by Doll Fight! of Burlington, Vermont is angry, empowering: “I know you think its funny and the world would be a better place if only we would all lighten up and laugh,” the lead vocalist sings, “I got your message loud and clear, you’re the one in power here/but I got my taste of freedom/I don’t give up so easily/Is that all you’ve got?”

Singer-songerwriters have their say, too. “I’m not trying to be rude/I just enjoy my solitude/Didn’t do this for your staring/Just what I chose to be wearing,” sings Feminist Princess in “My Dress is Not a Yes,” a cutesy acoustic number. “Je ne sues pas interesée” by the Belgian group Nele Needs a Holiday and “Walking’s Cheap Cheep Cheep” by Jez Sings Things of Manchester, UK are also lighter, more accessible songs that balance out the metal/rock/punk numbers, and possibly perfect to show to friends and family to show why ‘being complimented’ on the street pisses you off so much.

Basically there’s something for everyone: “My Love” by Chris Wind is on the dreamier side, with a delivery of lyrics similar to spoken word; “I am the Avalance” by the Clibber Jones Ensemble is a classical-electronic-jazz-rock fusion; “Booty” by Nicky Click is an electronic trance that will, as the group demands, encourage you to “shake it” and “push your tush.” And the fact that male artists were not excluded shows a recognition on the part of Riot Grrrl that social change requires everyone’s participation.

But there are a few problematic songs. As discussed in March by Bitch blogger Laina Dawes, the Riot Grrrl scene has historically been a very white one. In an ode to the lead singer of Motorhead, “Lemmy I’m a Feminist,” German/Austrian group Half Girl claims that “those who call you sexist are just like the KKK.” It should go without saying—and yet here I am, saying it—that the terrorization and lynching of black people is not synonymous with calling someone out on their sexism.

Another problematic track was “All U Men” by Swedish group Fuk. Here’s why: “All your boyfriends and all you dudes/if I had a hammer you know what I’d love to do”; “Every uncle and every dad/if I had a gun you don’t wanna make me mad.” This stance of all-men-are-the-enemy, also adopted by some extreme separatist feminists, is unproductive on all fronts, as it ignores the power dynamics between groups of women, the privilege that some women have over others, and the distribution of power among men. It also contributes to tired stereotypes of feminists as angry man-haters and advocates violence as a solution.

Though using a mixtape as the medium for this particular message is, as far as I know, a fairly new approach, it’s certainly not the only one. In the 1970s, photographer Laurie Anderson decided to turn the tables on men cat-calling her in her Lower East Side neighborhood in NYC after realizing that photography could also function as “a kind of assault.” This passage from her 1973 book Fully Automated Nikon (Object/Objection/Objectivity)shows how little has changed in 40 years:

“I decided to shoot pictures of men who made comments to me on the street. I had always hated this invasion of my privacy and now I had the means of my revenge. As I walked along Houston Street with my fully automated Nikon, I felt armed, ready. I passed a man who muttered ‘Wanna fuck?’ This was standard technique: the female passes and the male strikes at the last possible moment forcing the woman to backtrack if she should dare to object. I wheeled around, furious. ‘Did you say that?’ He looked around surprised, then defiant. ‘Yeah, so what the fuck if I did?’ I raised my Nikon, took aim, began to focus. His eyes darted back and forth, an undercover cop? CLICK.”

These days, Hollaback, an international nonprofit and anti-street harassment movement, also uses the medium on photography, in addition to storytelling, as tactics to combat both harassment itself and to process being harassed.

Recognizing stereotypes of men of color as sexual predators, iHollaback also specifically advocates antiracism in their anti-harassment work, asking contributors the worldwide site to not include the race of their harasser unless they can can explain the relevance of doing so “clearly and constructively” (though the group was criticized on social media today for working with New York City Council Speaker Christine Quinn—who backs stop-and-frisk policies—on the release of their new app). For more on this, read the deputy director Debjani Roy’s piece on why criminalization of cat-calling would “have a negative impact on families and communities within already marginalized and targeted groups.”

Take a listen to the new “Cats Against Catcalling” mixtape and let us know how you think that we, as a society, can develop effective and empowering tools to not only combat street harassment, but to also unlearn it.

Related listening: If you’re looking for good tunes, check out the BitchTapes Songs About Patriarchy mix! 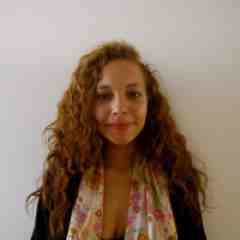 You forgot to mention War On Women! An awesome hardcore band, and the singer runs Hollaback! Baltimore - too perfect! Bmore represent! https://www.facebook.com/WarOnWomen 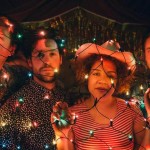