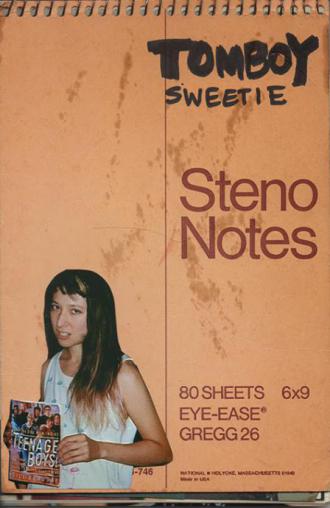 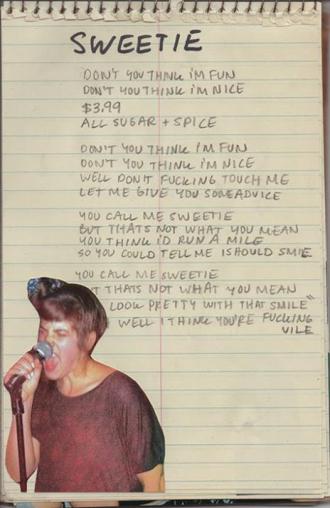 As singer Madeleine Burrows belts out those lyrics on the debut full-length album from Boston feminist punk band Tomboy, I can’t help but sing along. The seven songs on the band’s first album, Sweetie—released in April on Boston label Ride the Snake—feel like tightly written “screw you” anthems for people tired of dealing with everyday sexism.  Last year, Burrows brought her live-wire stage presence to theatrical performance: She toured the country with Mom Baby God, her one-woman play that gave a behind-the-scenes look at the pro-life movement. Now, that same passionate energy comes through in the sound of Sweetie.  Steady drums drive the band’s quick, brash songs, which are layered with fuzzy guitars and vocals from all four of Tomboy’s members.

“Being a tomboy is about not letting other people define who we are,” Burrows told Impose magazine. “Women are constantly told that we’re too fat, too skinny, too loud, not loud enough, too abrasive, not confident enough, too feminine, not feminine enough, too emotional, too cold, we’re not smart enough to possibly understand but when we speak our minds we’re know-it-alls.”

Stream the song “Sweetie” below and hop on over to Ride the Snake to buy the album.

Another great all-girl band for those who are interested is The Venomous Pinks.

Love this song! Thanks for introducing me to this band.