Come What May: WTF, Is This Real? | Bitch Media

Come What May: WTF, Is This Real?

I have watched this video (posted today on videogum) a few times now, and I still can’t quite figure out what’s going on:

My best guess is that a student on the mock trial team at his conservative college has to decide between winning his fake court case and pleasing his anti-choice hottie of a girlfriend. There seems to be some kind of a conflict with parents, as well. Another question I am struggling with is, How on earth did this movie get made? And why?

I wish I could say this looks like the best mock-trial based piece of entertainment since Mock Trial With J Reinhold, but it looks like Advent Films doesn’t quite realize how to harness the amazing power of the mock trial. Also, they seem like conservative asses.

Here is the actual plot description from the film’s official[ly over-the-top] website:

With his mother a lawyer and his father a professor, Caleb Hogan has grown up understanding the importance of stating his case, backing it with facts, and choosing what’s right … Come What May.

This ability has served him well in his internship at his mother’s law firm and it has guided him to the college with the best Moot Court team. But has it prepared him to deal with the collision-course elements of the most important legal issue of our time?

When does life really begin?

Coming face-to-face with the realities and legalities of the abortion issue—both in preparation for the National Moot Court championship and as his mother prepares to argue a high-profile case before the Supreme Court—Caleb must decide what he truly believes.

Wherever he lands will have consequences. If he takes the pro-life argument, he stands to lose the most important competition of his life—and the support of his mother. If he follows his mother’s lead, he could win the coveted title … but lose the heart of his teammate Rachel in the process.

Along with her professor and classmates, Rachel not only understands the strength of the pro-life arguments, she believes them to her core. Life, from its beginning, exists to honor God. For Rachel, that plays out in her Moot Court arguments and in her daily life.

Can Caleb find that same conviction? Can he win the heart of Rachel in the process? While compromise might be the easiest solution, it could also be the most dangerous.

Come What May is a vivid reminder that choosing what’s right is never easy … but it’s always worth the cost.

Yeah, I don’t even know what else to say about this. Suffice it to say, more movies out there need to cover the struggles that college students face when their girlfriends disagree with the case they’re arguing in a fake court room in front of a fake judge and jury, and their lawyer mom doesn’t want them to change their fake beliefs.

So what do you think happens at the end of the movie? Does the main character choose love and conservative fundamentalism, even though it means a loss for his Mock Trial team? Extra points if you write your own ending and post it in the comments section!

I just can't get over the really corny music.

it looks like a WB show that never got made.

Caleb has an epiphany, becomes Pagan, finds a hot pagan-hippy pro-choice chick, they go at it like bunnies, Caleb becomes a pro-bono liberal lawyer, and everyone lives happily ever after!

When Rachel is hit by a car on her way from their first trimester OB-Gyn appointment, Caleb is faced with the dilemma of allowing an abortion that will save her life or forcing her to stay attached to machines in an induced coma for six months, after which she may never awaken, and during which no guarantees are made about the safety of the baby. True to Rachel's values, he chooses the coma/no-abortion option and winds up in real court, facing off against her parents, who want to save her.

In a surprise happy ending, Caleb marries comatose Rachel while she lies in bed in the hospital and takes out a restraining order against her parents. We fade to black while he holds her left hand, admiring the wedding ring, and listening to the steady beep of her heart monitor.

What do my points count towards?

And toward a job at Advent Films, naturally.

I've been thinking that I might be cut out for making right-wing propaganda films. After doing the sequel to COME WHAT MAY (which I'm thinking of calling "NO MATTER WHAT"), I'm thinking of a film about how gay marriage will unravel society. It will focus on children who were taught gay marriage in school and grow up unable to discern between appropriate marital prospects and inanimate objects. The lead will be a young man who wants to marry a cement wall and doesn't see how this differs from two men declaring their love for each other. (Note: this film will not be affiliated with the documentary about the women who make love to metal structures and small fences.)

wait, is this for real? it totally looks like a parody - this is the strangest thing i've seen all day.

Advent Films is a Christian Film Making group if that helps you figure out. I believe the plot is more that his girlfriend, Rachel is trying to convince Caleb to follow what he believes (only if it is pro-life, of course). Rachel is pro-life and Caleb's mother is pro-choice, Rachel promotes him to choose his belief and not worry about what is making who happy (however if he chooses his mother's side Rachel would never be with him). This movie is for promoting Christian beliefs. This is exactly the garbage I hate to see. I agree that abortions are killing babies and I personally would never have one. But I can't see how Christians (or anyone else who believes this) believe that they are able to choose that for others, that they some how have this right because their eyes are opened to the goodness of the Lord. I personally am pro-life however when it comes to legislature I'm am by all means pro-choice. I have no right to make decisions that affect someone else's body. I believe that God gave us the right to free will, so why are Christians out there trying to take this away? Okay, I'll end my rant with this one last thing, "Keep YOUR Laws off MY body."

Yes the right to choose is such a big issue for Caleb...who doesn't have a uterus and can never get pregnant, or worry about having the baby of a rapist, or dying from a complicated child birth. This film is crazy. Those people are crazy. 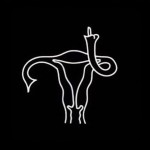