A few years ago, I found a book-length literary magazine, Conditions:Five, amongst the discarded and donated books on the shelves in a local coffeehouse.  I skimmed through it that day, just long enough to finish my cup of chai, before placing it back on the shelf.  At the time, I had no idea that I’d held such a rich piece of history in my hands.

Conditions (its full title was Conditions: a feminist magazine of writing by women with a particular emphasis on writing by lesbians) was founded in 1976 in Brooklyn and published annually.  The journal’s regular editors were  Elly Bulkin, Jan Clausen, Irena Klepfisz and Rima Shore.  According to Wikipedia, Conditions expressed a “long standing commitment to diversity; of writing style and content and of background of contributors, within the lesbian and feminist communities, [and] was especially dedicated to publishing the work of lesbians, in particular working class lesbians and lesbians of color.

Conditions: Five, the volume I found that day at the coffeehouse was pulished in November 1979.  Billed as “The Black Women’s Issue”, it was guest-edited by Barbara Smith and Lorraine Bethel, and is considered “the first widely distributed collection of Black feminist writing in the U.S.”  More from Wikipedia: 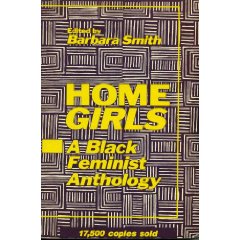 Smith and the Combahee River Collective [a Boston-based black feminist lesbian organization, 1974-1980] have been credited with coining the term identity politics, which they defined as “a politics that grew out of our objective material experiences as Black women.”

…Conditions 5: The Black Women’s Issue was hugely popular, and set a record in feminist publishing by selling 3000 copies in the first three weeks it was available.

Last year, I recalled some of the pieces that I’d read in Conditions: Five, and decided to try and find the collection online.  Searching again today, I found it offered several places online, but at the time of my original search, only an independent bookseller in the UK popped up.  I ordered it and delved right into it when it arrived.  From the opening poem dedicated to Audre Lorde with its haunting refrain (“Your silence will not protect you”) to the classified ads at the very back, from the established writers to the lesser-known ones, this collection is a gem.

Many of the pieces–over 40 poems, prose poems, stories, essays, journal entries, song lyrics, and critical reviews–with their wit, mother wit, boldness, and raw sentiments, sent me a-Googling, wondering, “Where are these women now?”

“One of the most exciting aspects of this issue of CONDITIONS is that so many new Black writers are being published in a feminist publication for the first time.  So often women’s publications, presses, and organizations have claimed that they could not find any women of color as an excuse for their all-whiteness…This issue…clearly disproves the “non-existence” of Black feminist and Black lesbian writers and challenges forever our invisibility, particularly in the feminist press.”

The editors go on to detail the precise steps they took to solicit submissions far and wide.  They lament that the collection isn’t more inclusive as it lacks the voices of women in prison and older Black women, and does not include writings on racism and ageism, Black female economic oppression, nor on Black women and the health care system.

The title of Lorraine Bethel’s seminal intersectionality poem says it all: “What Chou Mean We, White Girl?  Or, The Cullud Lesbian Feminist Declaration of Independence (Dedicated to the Proposition that All Women Are Not Equal, i.e., Identical/ly Oppressed)”

Gloria Hull’s “ ‘Under the Days’: The Buried Life and Poetry of Angelina Weld Grimké” ((b. 1880-d. 1958), a biracial woman whose great aunt was the abolitionist and early women’s rights activist Angelina Grimké Weld)

Eleanor Johnson reflects on her chosen profession in, “Reflections: On Black Feminist Therapy”.  Of her Black female clientele, she writes:

From jump, a presumption that I discarded fast was that the dynamics of communication between two Black women as client and therapist would be easy as pie.

Perhaps we’re to work through the slave mentality she’s been taught to cultivate.  She’s come in to turn in her Mammy-badge after having allowed everyone to feed off of her.  Is that why she’s so tired?  Will she guard herself against me for fear of one more ounce of bottomless giving?  Or will she fight me for caring since that’s her lot, taking care of everyone but herself.

The back pages are comprised of ads for feminist presses and magazines, feminist and black literary journals, feminist and women of color artist collectives, and women’s bookstores; an ad for Sweet Honey in the Rock,  for a feminist newspaper, for The Women’s Writing Center in Cazenovia, NY, and for Chrysalis, the “hot new magazine of women’s culture.”

The typeset, layout, and absence of URLs in these ads date them and contribute to a sense of nostalgia.  Are there more or fewer such entities dedicated to feminist and women of color media these days?  A lot has happened in 30 years, and yet I recall as recently as last year heated blogosphere debate about the “lack” of voices of women of color in feminist/women’s publications–the same conversation editors Smith and Bethel alluded to in their introduction to Conditions: Five.

It would seem that the Conditions editors, regular and guest, understood the importance of ongoing dialogue about intersectionality, as evidence by a footnote to “Minority”, a poem by Judy Simmons.  In one stanza of the poem, Simmons contrasts her people (black) with Jewish people:

mine is not a People of the Book/taxed

but acknowledged; their distinctiveness is

not yet a dignity; their Holocaust is lower case

The editors of Conditions: Five went through a difficult process in deciding to publish “Minority” because of the way in which is raises issues about political and personal relationships between Black and Jewish people, particularly Black and Jewish women.  Feminists are currently confronting the problems of both racism and anti-Semitism in the women’s movement.  As a result of the discussion initiated by this poem, we and the ongoing editors of Conditions feel that it is important to encourage dialogue between Black and Jewish women.  The ongoing editors plan to publish an article based upon one such disucssion in a forthcoming issue of Conditions.

Conditions: Five was a groundbreaking publication in 1979, but reading it today can serve as an occasion for reflection: How would, for example,  the idea of a “black women’s issue” of a feminist publication be received today?  And more broadly speaking, what new ground are we breaking in terms of intersectionality and feminist thought/media? Are we continuing the dialogue?

[1]Conditions: Five would serve as the basis for the Home Girls anthology.

So glad that you are talking about this important black feminist text! Also...if you can find it...I would encourage checking out Conditions Four which really shows some of the struggle and insight leading black feminists to create Conditions 5. #4 is the first place where Audre Lorde's groundbreaking essay Manchild about black lesbian parenting shows up and it is also the place where the CRUCIAL collection of letters "I Do Not Deserve to Be Alone And Without You Who Understand: Letters from Black Feminists" with a life-changing intro by Barbara and Beverly Smith which proclaims the need for exactly what you are doing in this post: "There is no guarantee that we or our movement will ever survive or become safely historical. We must document ourselves now."

Also in the most two recent issues of make/shift magazine (www.makeshiftmag.com) I have edited sections with letters from radical womyn of color that are in conversation with what the Smith sisters did.

You have just given me a new reading list! Many thanks...

I look forward to reading over at Broken Beautiful Press as well. 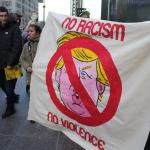