Confessions of a Lifelong Football Fan 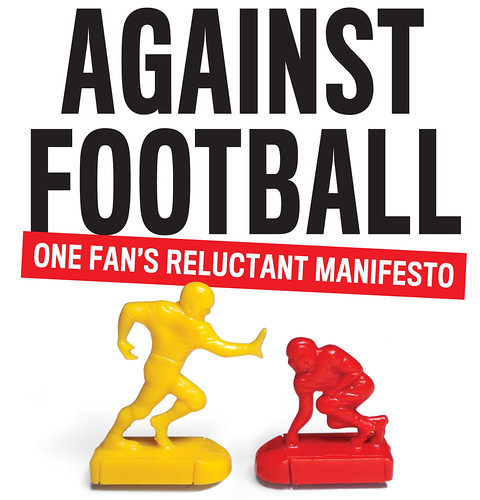 It shouldn’t be controversial to say that the only thing that the NFL cares about is money. Those guys on the field—the men beneath the bulky shoulder pads and inside plastic helmets—they aren’t playing football for their health. In fact, according to a 2011 study, professional football players have a shorter life expectancy of at least 15 years than the folks watching them play from the comfort of their couches.

This study was highlighted in Steven Almond’s Against Football: One Fan’s Reluctant Manifesto. Part-journalism, part-confessional, and wholly a cultural critique, Almond digs into what it means to be a fan of a sport that rewarded brutality and feigned ignorance about issues that could affect their bottom line. In light of recent NFL controversies around domestic violence, racist team names, player health, and long-standing discussions about how the sport affects society, Against Football is a helpful and thoughtful read that traces the criticisms of the game and the men who run it. Almond’s perspective is especially poignant considering that he is a self-professed lifelong football fan, but found that he is unable and unwilling to continue to support a sport that felt so wrong. He says he feels like his fandom contributes to the problem, and the problems are a-plenty.

While the problems go far beyond the league, it’s simple to frame many of the issues by asking: What does the NFL not care about? The NFL does not care about its players, women, or its fans.

At a recent reading in Portland this fall, Almond described the NFL plainly as “old men consuming the violence of young men.” He pointed out that nearly a third of football players will sustain concussions and brain injuries that can lead to dementia and other life-threatening neurological disorders. The book begins by telling the stories of players who have suffered brain injuries and how the multitude of micro-concussions can build up to a retirement rife with debilitating symptoms.

There is the ever-present argument that the players understand the potential harm of playing this sport, and this is the sacrifice they make to play for a professional salary. But you can slice the numbers a different way: The NFL has the lowest average salaries among the four biggest sports leagues (NBA, MLB, NHL) , with players receiving an average of $1.9 million annually and playing for an average of just three-and-a-half years. A salary of nearly $2 million dollars is immense, but is paltry in light of the $10 billion—with a “b”—dollars that the league is projected to earn this season alone. Its team owners and league commissioner Roger Goodell are the ones who truly stand to profit off the risks players are taking with their bodies. Goodell received a compensation package of $42.2 million in 2012—and he didn’t take a single tackle for it. 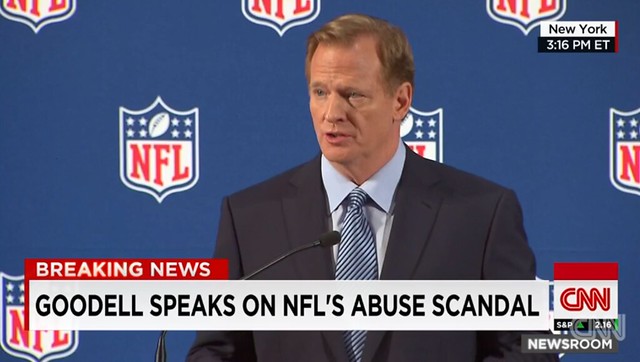 Almond argues that the NFL doesn’t do enough to get real “informed consent” of players, that true consent would include a having new draftees sign a waiver that states:

I, the undersigned, am aware that the average age of death of an NFL player is, according to the Players Union, up to two decades shorter than normal life expectancy. Furthermore, I recognize that playing in the League, even in the absence of formally diagnosed concussions, may cause brain damage leading to the loss of cognitive function, depression, disorientation, and suicidal ideation.

In a league where more than two-thirds of its players are black men, Almond questions what this means in a country still wrestling with the racism in our greater culture:

“Isn’t the whole system by which young African-Americans are harvested from this country’s impoverished precincts, segregated from the general population, and exploited for their extraordinarily profitable physical labors, a kind of extravagantly monetized plantation? Do the millions absolve everyone involved? Does it matter that players risk grievous injury? That they are cast off like beasts of burden?”

Almond also includes an analysis comparing the violence of football and how it relates to the need to see warfare being played out before us, “As military conflicts have migrated to foreign countries farther and farther away, and the visceral experience of war has grown more abstracted, football has stepped in to ritualize these forms of combat.” This ritual isn’t isolated to just the league, as it seeps onto college campuses and high school fields. The book examines how the NCAA college football system only benefits the universities and the NFL who recruit from them.

There is a chapter that examines how the NFL (and much of the other major sports leagues) doesn’t reflect the cultural shift towards greater acceptance of the LBGTQ community. He cites that while 60 percent of Americans support same-sex marriage, there has never been an active gay NFL player. At the moment, Michael Sam, the first openly gay player to enter the draft, remains a free agent after being waived from two teams. The hypermasculinity of football culture engenders homophobia and misogyny because anything that is perceived to be feminine is inherently weak and without value.

While Almond writes about cases of women sexually assaulted by football players, he was careful in his framing of the topic:

“Here’s the thing: to this point, I’ve avoided citing criminal complaints. It feels unfair to me to smear the many for the actions of a few. Also, the rate of allegation against players appears exaggerated because of their celebrity. The reason I’m making an exception when it comes to sexual misconduct against women is because of a disturbing pattern that goes beyond the behavior of individual players: the gross negligence of law enforcement and the public.”

He continued with two examples, one of a Florida State University quarterback who was never charged by local law enforcement nor disciplined by his school despite DNA evidence; and the Steubenville, Ohio case of high school players who received public sympathy after being convicted of sexual assault.

Almond’s caveat about mischaracterizing and conflating football culture with violence against women makes little sense given that he practically pathologizes homophobia based on the case against Richie Incognito, a former Miami Dolphin player who was briefly suspended for homophobic and racist harassment of a teammate, and the treatment of Michael Sam. He missed an opportunity to examine what school and league policies mean when players are accused of sexual or domestic violence. While the rate of arrests of NFL players for domestic violence and sex offenses are lower than the national average, it doesn’t account for victims who fear reporting because of their abuser’s high profile.

With the recent Ray Rice case, the NFL’s discipline policy was under fire for its leniency. It wasn’t until the second, more graphic, video clip leaked that that the NFL took serious action by suspending Rice indefinitely. The issue with the NFL approach to sexual and domestic violence isn’t that their players are more likely to commit assault, but more about the lack of discipline when players are charged with violent crimes.

It seems that the NFL only cares about women in terms of market share. Even though Almond discusses how the NFL rips off their fans through their non-profit status and via taxpayer subsidies used to build facilities and stadiums that cost hundreds of millions of dollars, he doesn’t comment on the league’s superficial breast cancer awareness campaign. If it wasn’t an actual real thing, the NFL’s Pinktober campaign would feel like a satirical scheme dreamt up by a creative team lampooning the league in all of its tone-deaf, money-grubbing, cause-marketing glory. With players wearing pink cleats and wristbands, with pink Gatorade towels hanging from their waists, playing on a field emblazoned with a pink ribbon, on the surface it looks like the league’s altruistic contribution to the month of breast cancer awareness. The idea that the league hopes to donate money to the cause, but can only contribute if their fans buy pink merchandise is mind-boggling turned distressing upon reports that the NFL only donates five percent of its merchandising proceeds, thereby profiting off a disease that disproportionately affects women. 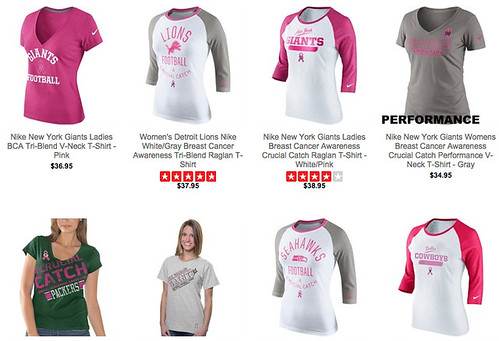 Although Against Football doesn’t address each and every ramification of modern football culture, it is an eye-opening read for the casual cultural observer to a seasoned fan of the sports industrial complex. Ultimately, Almond asks the question of whether he could morally continue to watch and support a sport that trafficked in the brutality of men (and women, by association) for entertainment value and male bonding.

“The NFL doesn’t exist without its fans,” he said. The book’s epilogue lists ways in which fans can call for a cultural change within the league and on campuses, as a grassroots way to re-imagine what their favorite sport can look like. Almond doesn’t have all of the answers, but he’s asked some difficult questions. If only all fans would interrogate themselves about what this sport meant to them.

Related Reading: The Problems with Pinktober.

Well written, I couldn’t have said it better myself. I’m glad that these topics are being addressed and I hope we can fix this screwed up system of oppression and lies. 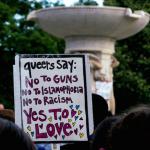