Three Men and a Baby isn’t the first pop cultural example of a male primary caregiver, but it is arguably the most iconic and definitely one of the most successful. Released in 1987, it was the first Walt Disney Studios production to gross over $100 million domestically, taking $168 million worldwide and making men with kids a hot proposition.

I loved the movie as a kid, but I dreaded re-watching it. I imagined it to be rife with gender stereotyping, goofy gags demonstrating that men can’t cope with babies, and jokes about the how “emasculating” being a father can be. Turns out, I was way off. Three Men and a Baby is a lot of fun, and more progressive than you might expect.

Of course, it has issues: there’s a marked lack of diversity, especially for something set in New York. There’s also a subplot involving heroin smuggling that makes the film more farcical and far less family-friendly than it otherwise would be.

The credits did little to disabuse me that this was a movie about three overgrown adultescents: Gloria Estefan’s song “Bad Boy” (“bad, bad, bad, bad, boy, you make me feel so good”) plays while we see a revolving door of women coming in and out of the bachelor pad shared by Peter (Tom Selleck), Michael (Steve Guttenberg), and Jack (Ted Danson), who is the studliest of them all.

The movie then opens with a birthday party for Peter, who is turning “late thirties or forties”, at which Jack is cornered by a shifty-looking acquaintance who asks if he’ll take delivery of “a package” for him the next day. Without explaining that he’ll be away filming a movie in Turkey, Jack agrees, mentioning it to Peter in passing and asking him to put it to one side until he gets back.

In by far the least believable part of the story (even including the men’s self-styled drug “sting”), when doorstep baby Mary turns up the next day, with a note from Jack’s ex-fling Sylvia saying she can’t cope anymore, Peter and Michael accept that this is the package to which Jack was referring, and set about caring for her as best they can.

It’s easy to dismiss their struggle to feed Mary, bathe her, and, of course, to get her diaper to stay up as attempting to show that men can’t cope with kids, but their incompetence isn’t gendered: anyone who’d never had a baby before would struggle with these things. And while it takes a female shop assistant to educate them about formula and their neighbor is able to magically get Mary to calm down just by holding her, other female characters call them out on their sexist expectations.

When Peter has the brilliant idea to ask his on/off girlfriend Rebecca for help “Because you’re a woman” she just laughs, tells him, “That doesn’t mean I automatically know what to do with babies,” and leaves for her date with another man. By the time Jack gets back from Turkey, his friends are competent caretakers, but as Mary is officially, genetically his, force him to take over her care so they can get some rest. He asks his mom to help him out, but she’s not interested, either: “You used to be a screw-up. Now you’re a father,” she says.

Of course, casting single people who enjoy sex as “screw-ups” and promoting the idea that becoming a parent offers salvation is deeply conventional, but there are aspects of the film that are more transgressive. While there’s no acknowledgement that the men could be seen as gay, that also means there are no defensive “not that there’s anything wrong with that” moments, allowing the film to be read with homosexual and even polyamorous subtext.

The film also does something far more progressive than anything we usually see in this age of ironic detachment: It treats men’s feelings about fatherhood with sincerity. When Sylvia comes back and announces she’s taking Mary home to London, all three men are clearly devastated. Because they want to stay involved in Mary’s life, (spoiler alert!) the movie ends with Sylvia moving in so they can all share childcare responsibilities. Three Men and a Baby not only validates non-traditional families but acknowledges that raising a baby alone is a huge challenge.

Of course, it’s dismaying that the job only gets that recognition by virtue of it being held by men, and the movie doesn’t have a central female character who isn’t in diapers, utterly failing the Bechdel test. But Three Men And A Baby does posit what is still in some quarters a controversial opinion: that men can enjoy and excel at parenting, even if the child isn’t genetically their own, and that love comes in all kinds of packages. For that, it should be celebrated.

Previously: A Surfeit of SAHDS And Single Dads.

You should watch the original french movie by Coline Serreau, it's better.

Yes, I'd be interested to see it, but I wanted to write about this one because it's such a huge part of the dads as primary caregivers "genre".

Three men and a baby can never survive well, same as 3 tutors and a student can never go forward 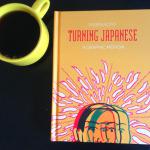