Where Are All The Single Dads of Color? (Not on TV...) | Bitch Media

Daddy IssuesWhere Are All The Single Dads of Color? (Not on TV...) 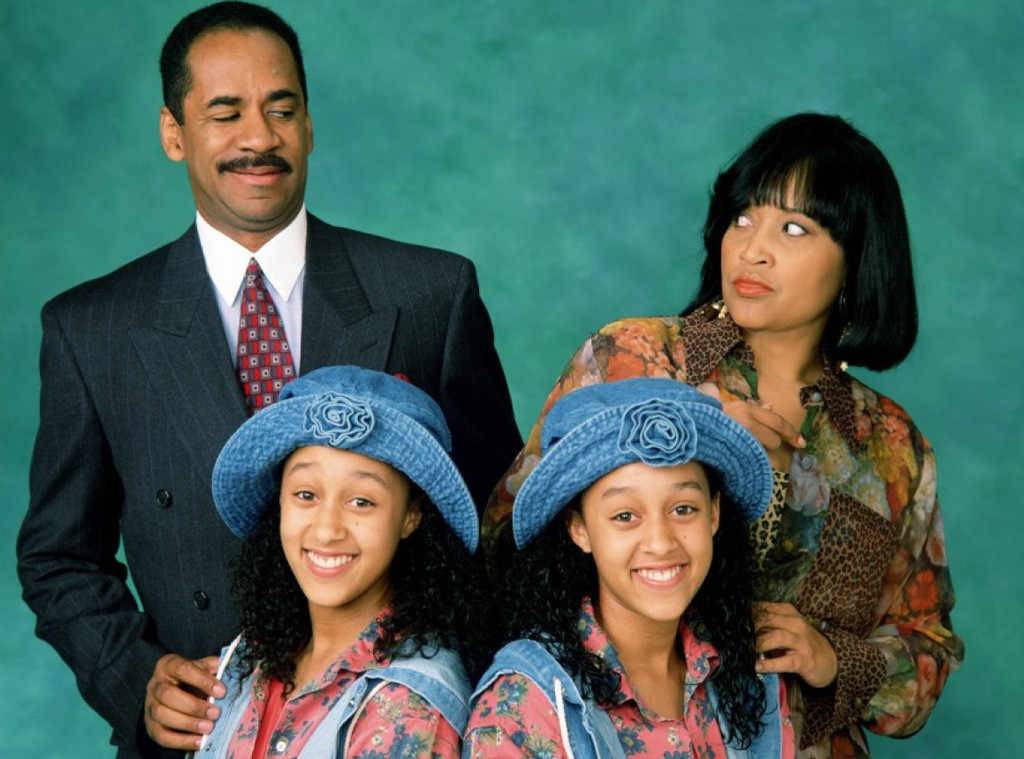 The cast of Sister, Sister (Photo credit: The WB)

Back in 1994, Sister, Sister captured my only-child heart by portraying one of my deepest wishes: teen girls bump into each other while shopping for clothes, discover they’re long-lost twins, and become instant best friends.

Sister, Sister is also still one of very few shows to feature a single father of color. In comparison to today’s whitewashed TV landscape, there were a lot more sitcoms with a predominantly black cast in the ’90s (A Different World, The Fresh Prince of Bel Air, Moesha, and the two seasons of The Cosby Show, for starters.) But shows that were family-centric tended to feature traditional, upper middle class families, even Republicans, like Ray (Tim Reid) in Sister, Sister. This may be to counteract erroneous stereotypes as well as to transcend issues that often intersect with race — such as discrimination and poverty — in order to appeal to a wider/whiter audience.

Author David Sirota calls this “the Huxtable Effect”, which he defines (both on TV and in the real world) as a need for black people to act as if their race is incidental. The Huxtable Effect is obviously named after the family from The Cosby Show, who appeared to live in an idyllic, post-racist New York City. Craig Werner writes: “The cost of mainstream success for African Americans is, as Sirota observes, accepting Cosby’s strategic willingness to ‘leave all of that anger and controversy’ about ongoing racism and racial disparities aside.” Everybody Hates Chris, the sitcom based on Chris Rock’s childhood, is one of very few recent programs starring people of color to portray a working class family and to call out racism. However, the show was notably less successful than Cosby.

Other races are even less well represented on television. George Lopez’s self-titled show was (I think!) the last sitcom to feature a majority Latino cast that lasted more than one season. ABC’s Only Fools and Horses remake, which was set to star John Leguiziamo and Dustin Ybarra, wasn’t picked up, and the network also passed on drama Devious Maids, which will now air on Lifetime. The latter may end up subverting Latina stereotypes, but as it was created by Desperate Housewives’ Marc Cherry, I’m not holding my breath. Meanwhile, Margaret Cho’s ill-fated All American Girl is probably still the most famous example of a primarily Asian-American cast, and that’s almost 20 years old, lasted one season, and was plagued by racial stereotypes.

The non-white single fathers we have seen have often been quickly absorbed into a more traditional family structure — or at least the appearance of one. Even in Sister, Sister, the two single parent families quickly moved in together, and Moesha may have lost her mom, but her dad’s remarried. While the eponymous hero of Hangin’ with Mr Cooper doesn’t have kids of his own, he moved in with and quickly married one of his female friends, and then his cousin and her daughter moved in, making him something of a surrogate father, but not a single one.

So, where are we today? BET plans to launch a new reality show following pastor and gospel singer Marvin Sapp as he raises his children following the death of his wife, but they’re not courting a white audience. Guys With Kids centers in part around the experiences of a black family, but they’re the snappiest, poorest, and have the most (and most out-of-control) kids. Modern Family flips the script with two gay men raising an adopted Vietnamese baby, and a mixed race couple with a Latino (step)son, but as SL Huang writes, the diversity on the show is presented as a contrast to the “normal”, all-white family with a stay-at-home mom that we’ve seen so many times before. And while it’s great that ABC Family’s Three Men and a Baby-inspired Baby Daddy updates the story with a black character as one of three single men taking care of a kid, he’s so far been little more than a bumbling sidekick.

More positively, in a recent episode of Homeland, we got a glimpse into CIA boss man David Estes’s life as a single dad when Saul called to his house with urgent intel and a young boy with a light saber answered the door. It’s incidental to the plot, but showing this powerful man as a loving father (however briefly) might help to challenge preconceptions about masculinity and people of color. And while Parenthood’s subplot about explaining the N-word to your black child when you’re white was still presented (and perhaps written) from a white perspective, it also gently called Crosby out when he didn’t recognize his privilege.

What we really need is for Hollywood to make more of an effort to be inclusive, both on-screen and behind the scenes — only one black showrunner is a household name, while minorities make up just ten percent of writers in the industry, consistently earn less than their white counterparts, and find networks consider shows led by people of color (ugh) “risky.” Clutch Magazine posits that the lack of diverse roles for people of color on TV means that actors and audiences are increasingly moving online. This is great if it means more opportunities for writers and performers of color, but will be problematic if it furthers the idea that the content they create is of interest only to a niche audience, rather than something that can be enjoyed by everyone.

The TV show Smart Guy featured a single African American dad for multiple seasons. Although of course he dated, he remained single throughout the duration of the series. It's one of my favorite shows and a good example of how the 90s was decent to at least African Americans on television sitcoms.

Ooh, thanks for the example. I never saw that, but I notice it also starred a Mowry! (Tahj, who's now on Baby Daddy).

I always thought that Ray in Sister Sister was a republican as another way to be the complete opposite of Lisa who was very much a liberal democrat. I remember one episode where the girls wanted to get a job for a company that was non union. Ray excitedly encouraged them to do so, while Lisa said no and that they were pro union. The girls do get the job, and are completely miserable as the company completely exploits their employees.

Nickelodeon in the 90s had many shows that featured African Americans. One of their most popular shows All That, a sketch comedy for kids had just as many African American kids as white kids. They also had a heavier girl who was one of the fan favorites. (At the reunion at Kamikaze con she got the loudest applause) Kenan and Kel is remembered as a favorite and stared two African Americans (they were also the most popular cast members of All That.) My Brother and Me, though did not last long was about an African American Family. The Mystery files of Shelby Woo starred an Asian American girl. And there was the Brother's Garcia which was about a Latino family. I'm not sure how many seasons it went. It's a shame how much the network has regressed in terms of its reprsentation of race.

Disney had a show called The Famous Jett Jackson. Jett was African American and his parents were divorced. He lived with his dad and grandmother. His mother would visit their town often in the show. Personally it was one of Disney's best shows. I'm not sure that That's So Raven Counts because her mom was written off in the middle of the series and was said to be studying in England. (And ironically in the spin off Cory in the House she never visits even though her husband has a job as the White House Chef!) but she wasn't in the last two seasons which kind of gave the illusion of a single colored father. Though in Cory in the House the president was Latino and had a daugher. I think he had a wife but if he did I don't think she was ever in the show. (though this might not be the best example because the show was a comedy for little kids and the president was a bit goofy) Come to think of it, the Disney Channel original movie Jump In featured a single African American father. The show is about a teenage boy who is a boxer, but he wants to participate in double dutch, a sport more commonly associated with women. He is afraid of letting his father and his friends know that he enjoys double dutch. I think they might have even been a lower income family (at least working class). That might actually be their best movie that deals with race and gender issues. There is also a female boxer who is annoyed with all the jokes the male boxers make about her.

Sorry for rambling, Sister Sister made me nostalgic!

Wow, you know a lot about kid-centric shows, thanks for filling me in! (I'd heard of some of these, but not all, as I never had those channels, and I'm not sure we got all those shows in the UK anyway.) I think it's a shame that shows featuring more diverse casts do tend to be on smaller or children's networks, but on the other hand, it's setting a good example that those kids will grow up to expect to see elsewhere, which is great. TV for adults just needs to start delivering...

Great article! I wanted to add that the show Ugly Betty was pretty popular and featured a Latino family with a single father. But the children were adults in that, just still living at home.

Thanks! You're right, I did think about including Ugly Betty but I thought there wasn't a single father of color... then I later remembered their dad was a father figure for Hilda's son. Duh.