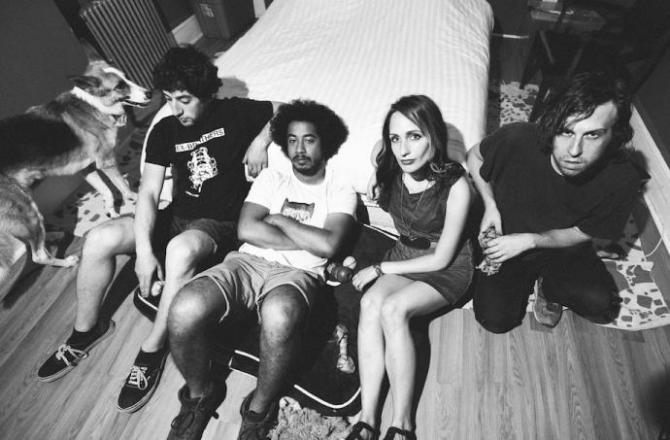 At first, Speedy Ortiz may appear to be just another band in the current ‘90s rock comeback. But what sets the Northampton, Massachusetts-based band apart from the pack is their sincere, intriguing songwriting. Speedy Ortiz does a lot of things right as far as making the past decade’s sound still relevant.

The band’s ‘90s vibe runs deep: Frontwoman Sadie Dupuis was previously the lead-singer for an all-women Pavement cover band called Babement (awesome). I first heard of Speedy Ortiz shortly after they released their 2012 EP. Dupuis’ lyrics on the EP drew me in. On the track “Taylor Swift,”  the singer conjured up an image that stuck with me long after the song’s end: “Blood-shaking, clot-making viper that feeds on a mouse/poaching the eggs of the snakes that I slayed in the South.” This eye for lyricism has caused many to take note of the band, rather than writing them off as just another over-fuzzed ‘90s influenced band. It’s clear that Dupuis’ is a strong writer—Speedy Ortiz originated from a solo project while she taught song-writing at a kids’ summer camp. She then released LPs called  Cop Kicker and The Death of Speedy Ortiz, which were well received and led to the expansion to a full band in 2011 and their first full-length album, Major Arcana, in 2013. 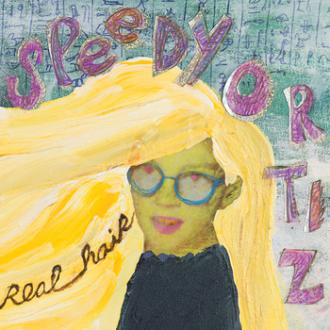 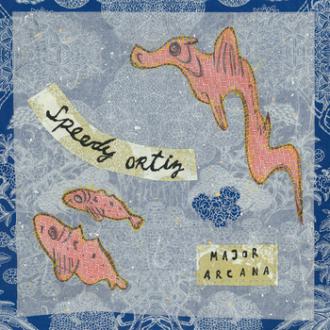 The band’s recent EP Real Hair is skillfully executed as it follows Dupuis through a number of precarious circumstances. “American Horror” starts as Dupuis states matter-of-fact, “Well it’s not what you think/But it is that the wish brought you into this web/Full of bees, found you in the glue and began their stinging.” Real Hair is full of bad news boys and an epic sonic dissonance which has become the group’s trademark. Even if you can’t get yourself to dig Speedy Ortiz’s sound, their lyrics are diamonds in the rough. “Cash Cab” off Major Arcana is a track that shreds hard but gets into a pretty accessible refrain. Dupuis can pull off poetic hooks that contrast with the band’s more chaotic sounds because she is so unpretentious in her delivery—these lines could be an off-putting mouthful, but her earnest vibe makes them hit home.

I caught the four-piece’s laid-back set at Project Pabst in Portland recently, where they showed that they don’t rock solely on recordings. “Casper” was a real stand-out in its dissonant scales paired next to vocals that creep along to the chorus. Dupuis gets a bit nihilistic painting an interesting picture of kids “trading specter stories/trying to keep each other horny” asking “this is how the pros do it, right?” “Gary” shows another side of Speedy Ortiz as they slow things down and has an almost orchestral quality as each member of the band is doing their own thing but fit together seamlessly.

It would be hard to talk about Speedy Ortiz without addressing how strange it was seeing them play at a corporate event like Project Pabst, but it’s admirable how they still maintain their more low-key personality as a band.  In an interview with Las Vegas Weekly, Dupuis states that the band  enjoys working and presenting themselves more on their own terms and as a DIY project: “When you go and see a band playing in a basement or a DIY space it just feels different and stronger than, you know, seeing like Bret Michaels playing up on a stage at Madison Square Garden or whatever.”

Speedy Ortiz is neither trying too hard, nor shooting for nostalgia. With relevant, sensitive lyrics that are beautifully underscored by intriguing riffs, Dupuis and her band add a much needed breath of fresh air to this current trend in music.