Books By People of Color Are Disproportionately Likely to Be Banned 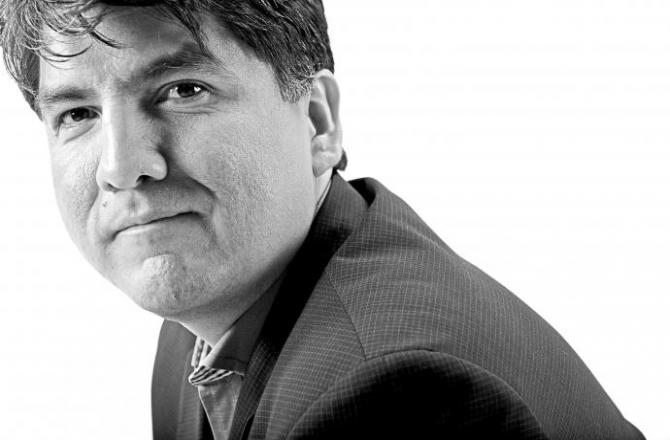 Sherman Alexie has the distinct honor of topping the list of most-banned books. Photo by Chase Jarvis.

What do a picture book about gay penguins, a graphic memoir centered on Iran, and a comic about cosmic war have in common? They’re all among the books that were most likely to be challenged at schools and libraries across the country this past year.

On Sunday, the American Library Association (ALA) released their 2015 State of America’s Libraries Report and it included a list of the top ten books most often challenged or banned in 2014. The ALA defined a challenge as “as a formal, written complaint filed with a library or school requesting that a book or other material be restricted or removed because of its content or appropriateness.”

What kind of books are most likely to be banned? Books that focus on diversity. The ALA points out that 80 percent of 2014’s most challenged books include “diverse content”—meaning they have main characters who are LGBT, people of color, or have a disability and/or the book deals with issues like racism, mental illness, and religion.

Four of this year’s most-contested titles were written by people of color and two were challenged specifically for containing homosexuality. Seven were challenged for being “sexually explicit.”

In their press release, the ALA stated that their Office of Intellectual Freedom analyzed complaints about books from 2001 to 2013 and found that “attempts to remove books by authors of color and books with themes about issues concerning communities of color are disproportionately challenged and banned.”

If a book is challenged, that doesn’t mean it disappears immediately from library shelves. But even when schools don’t cave to complaints from parents or politicians, teachers and librarians might feel anxious about giving kids books that they know might be controversial at home. The fact that there’s a racial component to the pattern of complaints is alarming. These challenges can limit available books for children who might see themselves in these books—and, thus, might feel more confident and learn more about themselves in the process—but they also can inhibit children from learning about people who are different from them. In October 2013, psychologists David Comer Kidd and Emanuele Castano published a study in Science that found “reading literary fiction temporarily enhances Theory of Mind.” Science’s editors defined “Theory of Mind” as “the human capacity to comprehend that other people hold beliefs and desires and that these may differ from one’s own beliefs and desires.” Simply put, reading can boost empathy, and eliminating chances for kids to expand their empathy while they’re young is troubling and regressive.

Learning that other people have their own unique thoughts and experiences is a major part of growing up and into the world. Keeping kids from that by restricting the books they can access limits their chances of understanding how they and their peers see and live in the world differently.

The top ten most frequently challenged books in 2014 were:

Alexie’s young adult novel is told by Junior, a young Native American boy living on the Spokane Indian Reservation who leaves his reservation high school to attend school at an all-white high school nearby. The novel won the 2007 National Book Award for Young People’s Literature.

Persepolis is a coming-of-age graphic memoir about growing up in Tehran, when Satrapi was ages six to fourteen, during the Islamic Revolution.

3) And Tango Makes Three by Justin Richardson and Peter Parnell

This picture book, geared toward children ages four through eight, tells the true story of two male penguins at Central Park Zoo who raised a chick together.

4) The Bluest Eye by Toni Morrison

The Bluest Eye was Pulitzer Prize winning author Morrison’s first novel, and it tells of a young Black foster child Pecola who is constantly told she’s ugly—the novel’s title refers to her desire to be white with blue eyes—and of the sexual and verbal abuses she experiences.

It’s Perfectly Normal is an illustrated book on sexuality and sexual health aimed to answer questions growing children and young adults may have about sex and their bodies.

Vaughan and Staples’ graphic novel series follows two people from opposing factions of a massive galactic war who fall in love and raise a family.

7) The Kite Runner by Khaled Hosseini

The Kite Runner, a tale of friendship between two young boys—one wealthy, the other the son of the wealthy family’s servant—is set against the backdrop of Afghanistan’s tumultuous history.

8) The Perks of Being a Wallflower by Stephen Chbosky

Chbosky’s enormously popular young adult novel follows narrator Charlie, a high school boy figuring out his place in the world, through letters he writes to a stranger.

9) A Stolen Life by Jaycee Dugard

Dugard was kidnapped near her home at age eleven and held captive for over 18 years. During that time, she was raped and gave birth to two children. A Stolen Life is a memoir that details her experience.

Telgemeier’s middle-reader graphic novel follows theater-loving Callie and the drama, fun, and crushes that ensue from being a crew member in a middle school stage production.

I've read a few of these books and thought they were great. You've provided some great suggestions for further reading. Thanks! 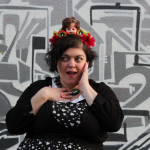 by Stephanie Abraham
"Him, Me, and Muhammad Ali" is the new book from the author whose books center on sexuality, language, and class.