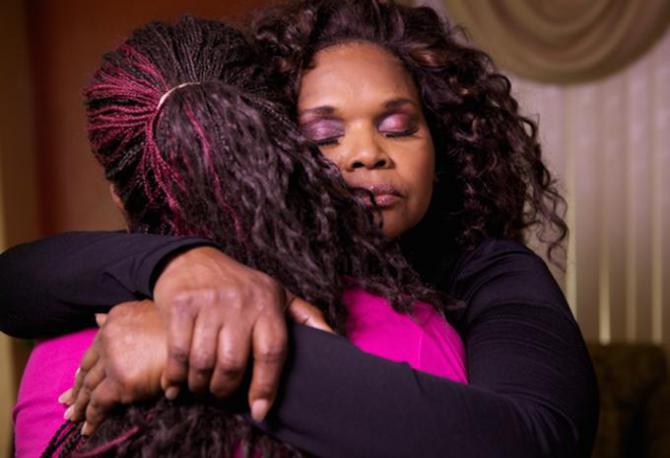 The new film Dreamcatcher begins with a white van rolling through dark Chicago streets. “Hey, do you have condoms?” yells the passenger to the camera’s right. It’s the voice of Brenda Myers-Powell, the founder of a volunteer-run organization that takes in exploited girls to inform them of their options should they decide to leave the streets. If they’re not in the mood or state of mind to listen, Brenda assures them she’ll be there for them when they need her. Brenda’s Dreamcatcher Foundation is a “a survivor founded, survivor driven, and survivor focused” organization that aims to end human trafficking in Chicago. With the help of like-minded volunteers, Brenda attempts to assist as many women and girls as possible, a supportive luxury never afforded to her during her 25 years as a prostitute—she almost died at the hands of a violent pimp. The film about her work debuted at Sundance last month and was quickly snatched up for distribution by Showtime. Tonight, it’s playing in New York as one of the opening night films at the Athena Film Fest.

This unobtrusive, observational documentary is a testament to Brenda’s bravery and the hardships faced by exploited and sexually abused sex workers. Director Kim Longinotto (Pink Saris, Divorce Iranian Style) lends a sympathetic eye to detail, giving the women and girls space to tell their own stories. She’s also not afraid to show Brenda in her difficult moments, suffering from knee pain or emotionally and physically exhausted after long days of working toward social justice.

I sat down with director Longinotto and Brenda Myers-Powell the morning after their big Sundance Film Festival debut to discuss how the filming went and what they would like to see Dreamcatcher accomplish.

MONICA CASTILLO: How big is The Dreamcatcher Foundation right now?

BRENDA MYERS-POWELL: We have two other staff persons, Marie [another subject in the film] is now working for Dreamcatcher. Since she just recently came off the street, she knows a lot more people than I do. I’ve been off the streets for years. They don’t look at her the same way they do me. She’s fearless just like I am. She doesn’t mind jumping out that van and talking to you. It takes a special kind of person to do outreach. Not everyone can do it.

There are several difficult moments in the film, do you ever set aside time for self-care?

MYERS-POWELL: I wish I could tell you we had a plan, but we don’t. Sometimes I need people to say, “Hey, it’s time to take care of you. Shut down.” My partner will do that—if any emergencies come up, she takes them. Shut down, take care of your family or do what you got to do. Take care of yourself. You don’t shut out things that we do. You can’t shut down love, and that’s what we have. I have unconditional love for human beings. Kim has unconditional love through her lens for human beings. How can you just shut that down?

KIM LONGINOTTO: I suppose for me, it’s not the same as it is for Brenda. We’re coming from completely different places. Even though I would come back from filming and be completely wrecked, for me, it was an exhilarating and life-affirming experience. It made me think, if Brenda can get through this and do it, so can I.

What’s been to the reaction to Dreamcatcher?

LONGINOTTO: I spoke to a load of people last night at the screening, and every single one of them experienced the film completely different way and it meant something different to them. Some had bad experiences in their families and it made them look at that in a different way. Those people who felt guilty for things in their past put something to rest. For other people, it was a galvanizing thing to change their lives. One woman said to me, “Congratulations on the film. I’m going to go home and leave my husband. “ She said she suffered so much abuse and said, “If Brenda can do it, so can I.” The bit that really affected her was when Brenda was speaking in a school, and she said it wasn’t the scars that hurt her but what the pimps said to her that hurt her the most. She said, “At that moment, I haven’t thought of myself as being a victim of domestic violence, but then I realized how stupid I am. The way I’m living is how Brenda lived with her pimp.” It was too much for me, but it was fascinating.  One girl said she wished Brenda would come and visit her school because her friends were going through sexual abuse and it was a teacher doing it to them. I don’t want to put a definite way for the film to affect people.

Why did you decide to start Dreamcatcher in the middle of one of the van rides?

LONGINOTTO: The beginning of a film is always really, really hard. You always struggle over it. What you’re trying to do in the beginning is that you’re trying to show the different rhythms and emotions at play. We wanted a scene that told that and we were really fortunate that everyone laughed when Brenda asks, “Is that a ho over there?’ We wanted to show Brenda’s sense of humor.

MYERS-POWELL: And that’s how I talk to the girls. They would not talk to me if I wasn’t regular with them.

LONGINOTTO: We also needed to show what Dreamcatcher does. The film was made without any commentary or what to think. You’re making up your own judgments about Brenda. That’s what I want to do. The films that I love are the ones that have a window into the world and you’re free to explore. I want it to be exciting, glamorous, and desperate. The opening scene is so crucial. You have to set the mood and the place. All of those things are important.

Dreamcatcher is one of the opening night films at this year’s Athena Film Festival, which runs from Feb. 5-8th at Barnard College in New York City. For more information and tickets, check out their site.

I wonder if anyone in the documentary uses the sanitized and obscuring word "sex-worker" and "sex-work" as opposed to prostitution, which accurately conveys the exploitation of such a practice. 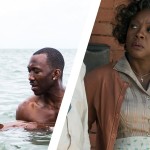