At this point it is clear that Chris Brown is a douchebag so there is no reason for me to go off about his status as such. However, in the aftermath of his heinous behavior, he is still somehow garnering support from dedicated fans who have littered the internets with their support for him and their disdain for Rihanna. Some go so far as to ask “what did she do to deserve it?”, assuming somehow that he would only hit her if she behaved a certain way. Others are shocked and dismayed because this ordeal tarnishes Brown’s previously squeaky clean image. Overall, though, it often comes down to who is more talented. There are people absolving Brown from responsibility for this crime because “he’s a great dancer” or “at least his voice isn’t computerized like Rihanna’s”. Therefore, this week’s Douchebag Decree is dedicated to the scary, violence-against-women-perpetuating fans who allow celebrities who actually assault women to survive as stars, above and beyond anything else, because of their talent.

In a Yahoo Music Blog from February 9, comments include “Love you Chris!!!! No matter what you do, still your number one fan,” from a user named Babydoll, “Chris Brown did it but its Rihanna’s fault cuz i heard she gave him herpies,” from a user named Meezy and the real cream of the crop, from a user aptly named onebadmofo, “all you lovely ladies who stand behind Chris should come date me and let me slap the s@@t out of you, whether you provoke me or not. STUPID, STUPID, BIT@@ES”. I suppose I do not need to argue, now, that this kind of validation of behavior perpetuates the idea that violence against women is okay.

Tuesday night, Jennifer Pozner presented her lecture “Project Brainwash: Why Reality TV Is Bad For Women (and men, people of color, the economy, love, sex, and sheer damn common sense!)” at Portland State University as part of the Bitch series “Feminist Perspectives in Pop Culture”. What I took from her presentation was a list of male reality stars who have been accused of assault and even rape in the past but who have gone on to get their own shows with dozens of women competing for them at once.

The point is, thriving in a public sphere for our entertainment. Being thrust in the public eye because of some ideal quality they possess that exempts them from being accountable for their injustices against women. Assaulted a woman? It’s okay, you have great bone structure and money. Not much different than the musicians who have been exempted from their crimes in the public eye because of their talents.

The precedent has been set, after all, by other stars in the past who have thrived even after assault scandals. In 2003, Kobe Bryant faced allegations of assault against a 19-year woman. The allegations were ultimately dropped because the defendant would not testify at the trial. Those kinds of cases always leave a giant vague “What the fuck do I think now?” for me. However, ratings and money and Bryant’s amazing ability to dribble a basketball overshadowed those allegations. He went on to make millions of dollars and now almost six years later, I cannot remember the details of the case. It has been nearly forgotten, judging by the fact that Bryant is thriving. Even before the case went to trial, Bryant was being viewed as not much more
than a hot commodity for the NBA.

From a 2003 ABC News story, Dallas Maverick’s owner Mark Cuban told Access Hollywood he was actually excited that his team would play the Lakers because of the ratings the game would get. “From a business perspective, it’s great for the NBA. It’s reality television, people love train-wreck television, and you hate to admit it, but that’s the truth, that’s the reality today.” Oh my God, Jennifer Pozner, where are you when I need you?

More recently in 2008, Christian Bale was arrested for assault against his mother and sister. The arrest was prolonged because at the time, Bale and his family were in London for the premiere of “Batman: The Dark Knight” and police did not want to take Bale into custody and interrupt the glitz and glamour and ohmygodhe’ssopretty walk down the red carpet. But wait…he may have assaulted his family…oh look, a limo! One story on the alleged assault from Heckler Spray joked that Bale “didn’t even do it in his Batman costume”.

The point is, regardless of the celebrity, regardless of their talent or how fantastic their abs look in a super hero costume, assault is assault. By continuing to support stars after their violent sides are revealed, that behavior is not only tolerated but perpetuated, sending the message to young people, male and female, that violence against women is okay as long as the offender holds some status in the public eye. Not true.

What other celebrities have endured after being arrested for similar crimes? What can we do to hold them accountable for their missteps?

While I agree with you completely, I think I should point out that "onebadmofo" agrees with you, too.

anyone else hear this? If true, which seems doubtful to me, would mean things went from bad to worse.

I haven't heard that... and I'm an avid perezhilton.com reader...
It would be a horrible time for this burden to hit Rihanna if there is any validity to it!

Why isn't anyone talking about the fact that Rihanna still hasn't pressed charges against Chris Brown? What kind of message is she sending to abused women all around the world, if even a seemingly strong and independent woman like her is afraid to press charges against her abuser?? I really doubt that if she refuses to testify authorities will be able to gather enough evidence to convict Chris...

whether or not rihanna will press charges is definitely a hard topic to broach. not that it shouldn't be discussed just because it is so, but i can see where thought processes like these end up leading closer and closer to blaming the victim herself.

i think it's important to be mindful that when you are the victim of a crime, particularly a violent one, there is a very real, very intense and incredibly varied (even within one person) response. obviously, it would be ideal to forge through it and press charges but i don't think we should be as quick to judge her withdrawal. she may be a person of fame, but what happened to her is of a personal nature and to judge her lack of public reaction treads far too close to the side of asking what's wrong with *her* in the situation...

With regard to domestic violence, it's not necessary in most states for the victim to press charges in order for the abuser to be charged with a crime.

Ashley, thanks for drawing the connection between the crassly misogynistic, hyper-consumerist theater of "reality" tv, and the similarly crass element of popular culture which not only helps athletes, pop stars and other celebs get away with violence against women, but often rewards them for it. That Mark Cuban/Access Hollywood quote... damn. I'd forgotten about that.

Glad you took something positive away from the lecture.

perez hilton has been great about covering these developments and being on the right side: against domestic violence!
my big prob with the way this is being covered is that the media sees it as a relationship issue or couple's quarrel. it is so misleading!
well, this is the truth. this is domestic violence.
<img src="http://www.newsday.com/media/photo/2009-02/45161854.jpg">
we can't let this event be brushed aside, to be used as a tool the following day just all smiles and performing again next to him like it was nothing. this is a shame.

Christian Bale seems to be a colossal jerk (or at least have severe anger management issues), but it's my understanding that British law treats any aggressive behavior as assault, even it's just screaming. In this case, Bale shouted at his mother after she said some things about his wife, and then he was arrested and released without charge. As we've seen from his recent on-set outbursts, it's not hard to imagine how frightening or awful it must be to find oneself the target of his rants, but I do think there's a line there between shouting and punching. 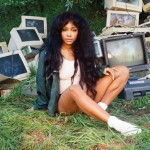 by Christine Capetola
SZA maneuvers in a space carved out by Janet Jackson to control their gender, sexuality, and manifestations of Blackness.