My what a douche-y week! In desperate times like these, we feminists have only one option…. A douche-off! In one corner, we have Ann “R-word tweeter” Coulter, an awful person if there ever was one. In the other corner we have Richard “God intended rape pregnancies” Mourdock, who is also terrible. Two douches enter, one douche leaves!

THERE CAN ONLY BE ONE. (Just kidding they are both douchebags.)

A quick recap of this week in douchebaggery before we vote:

Ann Coulter, of anti-feminist, racist, professional turd fame, used the “R-word” to refer to President Obama after Monday night’s presidential debate. If that wasn’t ableist and repulsive enough (bonus barf: it’s been retweeted 3,579 times), Coulter doubled down the following day and did it again. But wait! There’s more! I’m comin’ for ya, Mourdock!

In a whatever’s-the-opposite-of-a-douchebag move, Special Olympics athlete and global messenger John Franklin Stephens wrote a gracious open letter to Coulter asking her to rethink her use of ableist language. She did what any douche-off contender would do when presented with an opportunity to learn something and grow as a person: She refused to apologize and instead defended her use of the term. This one’s in it to win it, folks!

The Ignoramus From Indiana

Richard Mourdock is an Indiana Republican Senate candidate who said on Tuesday, when asked whether abortion should be allowed in cases of rape or incest, that when a woman is impregnated during a rape “it’s something God intended.” In what is becoming classic GOP fashion, this Tea Partier doesn’t think women should be allowed access to abortions, even if they’ve been raped, because that would be going against God’s will. But wait, there’s more! Out-douche ME, Coulter? I’d like to see you try.

In a follow-up press conference yesterday, Mourdock went all in on his pro-life position. He claims his “God willed your rape” comments were taken out of context, but he still believes that a woman who’s been raped should not have access to an abortion. During the conference, a reporter asked Mourdock to clarify that he wasn’t apologizing for the remarks themselves but instead expressing regret for how they were heard. “That’s correct,” he said, in an obvious attempt to win the douche-off.

Now that you’ve had a chance to review the facts (and lose your lunch), it’s time to vote. Who’s having the douchiest week ever?!

I only had to vote Mourdock because he's running for something and could have a chance to make a HORRIBLE difference, whereas Ann Coulter is just a bully who wants her big brothers in the GOP to like her, pat her on the head and tell her she's made the white people proud. She, effectively, can be turned off (if anyone figures out how, though, could you let me know?)

This may sound weird, but Im really glad Ann Coultier used the R-word. It gave Franklin Stephens an opportunity to eloquently express how hurtful ableist language is, and have his message spread. Because she did use that term, many more people may now reconsider the impact it has who may not have understood the implications otherwise. Her further denial and insensitivity additionally serve to damage the "Coultier brand" - by pretty much driving away anybody with a heart (how could anybody see Franklin's message as "bullying" ? wow). Hopefully it means less air time, less books, less influence for somebody so void of value.

Seriously: what kind of god does Mourdrock believe in? I want to ask him that question: what kind of god would intend for a human being to be raped and then raise her rape baby? It sounds like something the Christian devil would do to someone. How can someone so radical and extremist like Mourdock be in political office?? It's baffling but there really are a lot of religious extremists here in America.

This is the Christian god, and the abusive, manipulative god of Mitt's Mormonism, and the sick, twisted god of Islam. It takes a god such as that to turn otherwise intelligent, rational, reasonable human beings into brainless a$$holes such as Romney and Mourdock and Santorum (and so many others) have proven themselves to be recently.

Before anyone judges all Mormons (As well as others of conservative beliefs) as crazed, insane "Islam-like" creatures out to seek and destroy this planet, let me chime in and emphasize, speaking from the very personal experience of getting to know humans on a face-to-face, meaningful, conversational level, that not all Mormons (and others of conservative beliefs) will be voting for "Mittens" Romney this election. I know some Mormon feminists (And even some feminists with conservative leanings) that do not adhere to every last little detail in the "belief system" the Mormon Church hierarchy (and the hierarchies of other belief systems) lays out for them. They deeply disagree with many of the things the Mormon Church hierchy (and others of conservative-leaning beliefs) has attempted in recent time to ruin our society of every last human action they deem a "social ill" (Proposition 8 in California comes to mind). They are certainly not supporting Romney and most especially the very scary, repressive right-wing Republican platform, that was adopted by religious-right idealogues that are not all Mormons, at their convention. Yes, there are Mormons you want to "fear," but there are many people of many other beliefs and non-beliefs that you also want to "fear." Lumping all Mormons (and even others) as the same kinds of peoples with the exact same beliefs, agendas, and lifestyles, is downright dangerous and is not an acceptable behavioral "credo" of social justice movements.

Exactly, Anonymous. Vanka is making generalizations about religious Americans and religion in general. Just this past August, the Leadership Conference of Women Religious (the American group of Catholic nuns) stood up against accusations from the Vatican that the nuns weren't following the doctrine of the church and that the nuns were "promoting radical feminist themes." The LCWR endorsed the Affordable Care Act before the accusations from the Vatican were all over the news. (Jezebel has a good write-up about the rift between the Vatican and the LCWR: http://jezebel.com/5903343/vatican-pissed-at-american-nuns-for-being-a-c...)
The LCWR and plenty of other religious Americans are standing on the right side of history.
My post was about how I felt regarding Mourdock and other extremists like him who are in political office, the politicians who will be making decisions about the lives of women in their states when it comes to healthcare, birth control coverage, and the right to choose, the same politicians who have said such terrible and offensive things about women, rape, and pregnancy.

of course ann coulter has no regret, she said it herself, she is promoting a new book and will offend anyone to have a reason to make the media circuit. gross.

She's the worst of the too many narcissists walking this great, wonderous earth of ours. She only cares about making media waves preaching to her so-called "choir," gaining attention for herself alone. Her writings? Unintelligible, at worst. She could certainly use a refresher English 101 course (Yes, I know she went to Cornell. Big. F-en. Deal.) I even know some straight, cis, middle-of-the-road politically MEN who are offended by the many insane things she's written and said about our crazed society over time. She is no help. Ever.

The iontolerance on this board is astonishing

Ann Coulter is hot anyway, what is the R word?

I saw this woman on CNN talking about how pot heads can't hold a job or do anything worthwhile with their lives. I wish I could tell this bitch about my life. I have been smoking pot since 1970 nearly every day.

Since then, I graduated HS and college. I got a BSCS with a 3.2 GPA. I am an honorably discharged Viet Nam vet with a good conduct medal. I have held a job since 1973 (including the Navy) and I take great exception to this stupid, ignorant c*nt and what she 'thinks', if you can call it that. How could someone be so stupid with all the education she has had? 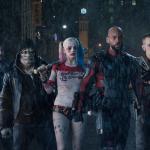 by Samantha Riedel
In the blockbuster movie, the two supervillains are written as an oddball couple. But even in a movie all about violence, it's clear that the Joker is clearly emotionally and physically abusive.