Douchebag Decree: For a Few Republicans, Racist Jokes Are the Life of the Party | Bitch Media

Douchebag Decree: For a Few Republicans, Racist Jokes Are the Life of the Party

This nice weather must be putting me in a good mood because I had a hard time figuring out who I was going to write this week’s Douchebag Decree about. Then I found Rusty DePass, a former chairman of the South Carolina Election Commission and proud Republican activist. He garnered national attention a few days ago after posting a comment on his Facebook page calling an escaped gorilla an ancestor of Michelle Obama:

He’s not alone, either. Check out Mike Green, who used a GOP group’s Twitter page to tell his own racist Obama joke. The comment is unsettling, but equally unsettling is the positive reception he got from his fellow GOP Twitterers. One person did call out the comment’s racism, but Green accused him of not having a sense of humor. Maybe DePass and Green should save their racist humor for less public platforms, although I guess the silver lining of them going public with their bigotry is that we, in turn, get to publicly shame them. 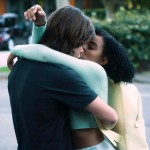