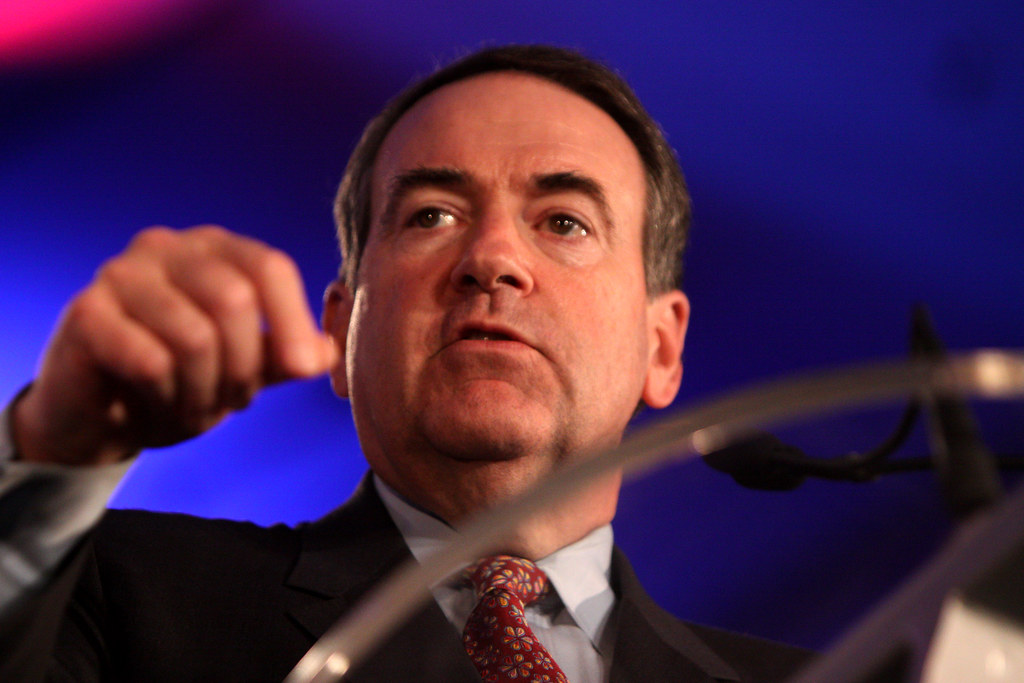 Dehumanizing rhetoric is often used to harm transgender people. While most of the media attention around Caitlyn Jenner’s striking Vanity Fair cover has been positive, the major moment for trans visibility has also shown how far some people still need to come. Several celebrities, including Snoop Dogg and J.R. Smith, have proven how ignorant many people still are about what it means to be transgender, with both men posting a meme that referred to Jenner as a “science project.”

These responses are expected. Transphobia is engrained within us from childhood, and disavowing from those ideas takes work that many are unwilling to undertake. Yet, none of those responses are as harmful as the comments by presidential hopeful and former Arkansas governor Mike Huckabee that become nationally known after a video of him went viral this week. During the National Religious Broadcasters Convention in February, Huckabee said that if he “could have felt like a woman,” he would’ve used his identity to peer in on female classmates. He said:

“Now I wish that someone told me that when I was in high school that I could have felt like a woman when it came time to take showers in PE, I’m pretty sure that I would have found my feminine side and said, ‘Coach, I think I’d rather shower with the girls today.’ You’re laughing because it sounds so ridiculous doesn’t it?”

You sound ridiculous, Huckabee. He’s implying that being transgender is a choice and is only reifying the idea that transgender people are predators who are using their identities to prey on cisgender women. This idea is absurd, but it has a real-life impact: People have used the exact same argument to fight against gender neutral bathrooms. Florida lawmakers, for instance, are attempting to pass an ordinance that would criminalize transgender folks for using bathrooms that align with their gender identity. The Single-Sex Public Facilities bill would punish any transgender individual who uses a bathroom that doesn’t align with the gender assigned to them at birth. Violating the bill could lead to a $1,000 fine and up to a year in prison., State Representative Frank Artiles proposed the legislation to reduce “the potential for crimes against individuals using those facilities, including, but not limited to, assault, battery, molestation, rape, voyeurism, and exhibitionism.” Like Huckabee, Artiles is using unfounded fears to propel legislation that could considerably alter the lives of transgender individuals in Florida.

As writer and television host Janet Mock highlights in her New York Times bestseller Redefining Realness when Huckabee and others use rhetoric like this, they contribute to the “systematic othering of trans women as modern-day freak shows, portrayals that validate and feed society’s dismissal of trans women as less than human.”

Legislators who use personal beliefs and ignorance to fuel their political agendas are dangerous. Mike Huckabee is dangerous. Frank Artiles is dangerous. When politicians who are in positions of power and are responsible for enacting laws are transphobic, it can be a matter of life or death for those who are transgender. Attitudes like Huckabee’s are the reason transgender women of color are being murdered in record numbers. The Anti-Violence Project found that transgender women make up 67 percent of all hate homicides committed against LGBTQ individuals. Five transgender women of color were killed in the US in the first five weeks of 2015, and the violence is continuing to increase.

Mike Huckabee is a bigot. He’s an ignorant guy who prides himself on attempting to intervene in the lives of women. Yet, Huckabee’s comments are most dangerous because he’s a former elected official running for the highest position available. As the former governor of Arkansas, Huckabee was responsible for signing legislation that could have considerably impacted the lives of transgender people. Instead, he uses them as a punchline.

Related Reading: As Jenner’s Story Breaks the Internet, Trans Women of Color Discuss Their Own Narratives

Evette Dionne is a race and culture writer whose work has been published at the New York Times, Clutch Magazine, The Root and a multitude of other digital and print publications. Photo of Mike Huckabee by Gage Skidmore via Creative Commons.

Isn't this the second douchebag decree for Huckabee? If it is perhaps we should consider awarding him the lifetime dis-achievement decree for bigotry?