Oh boy! So many douchebags to choose from this week. YouTube clips and transcripts abound, so come on down and take a peek into our quartet of Douchey US Senators!

First offense goes to new Massachusetts Senator-elect Scott Brown. Yes, he’s a douchebag for his anti-choice and anti-gay-marriage stances, and for shamelessly running a substance-free television-friendly campaign full of misleading soundbites and JFK comparisons, but this decree is for his already-infamous attempt to play matchmaker with his daughters and the American public.

In an astoundingly ill-conceived moment of jest, Scott Brown announced the “availability” of his 19- and 20-year-old daughters in his Tuesday night victory speech… then continued in that lighthearted vein despite the visible displeasure of his family for the next minute or so. It was awkward, especially because Brown’s position behind the podium and forced introduction of his daughters really added to the whole “auction” feel. Delightful!

Senator-elect Brown: “As always, I rely on [his wife] Gail’s love and support and that of our two lovely daughters, so I want to thank Ayla and Arianna for their help as well. And just in case anybody who’s watching throughout the country - (smacks podium) yes, they’re both available! (crowd goes wild) No no no… no… only kidding, only kidding… only kidding, only kidding… Arianna is definitely not available, but Ayla is…”
Gail Huff (joking but not really joking): “Stop!!”
Senator-elect Brown: “(holds up Arianna’s arm) This is Arianna….. (holds up Ayla’s arm) and this is Ayla… (Brown and Arianna bump fists for no apparent reason) Oh… I can see I’m going to get in trouble when I get home.”

The next sexist senatorial gaffe comes from Pennsylvania Democrat Arlen Specter, who angrily instructed Minnesota Representative Michele Bachmann to “act like a lady” when she attempted to talk over him during a discussion on a radio talk show. The exchange can be heard at RealClearPolitics.com.

I’m not a fan of Bachmann’s views, or her creepy Stepford voice, but Specter was way out of line. Salon’s Tracy Clark-Flory sums it up best:

It’s hard to get too worked up about such a juvenile exchange, but it’s worth pausing for a moment to make note of his choice of the word “lady.” Only Specter knows what he truly meant by it – but, as a public service announcement for all the men out there, let me just say: Many women interpret “act like a lady” to mean “know your place, little girl.” This comes from spending a lifetime being instructed in various ways to sit back politely, speak up only when called upon and defer to the male ego. Former North Carolina Senator John Edwards is our third recipient of this week’s Decree. He released a statement today admitting that he is the father of baby Frances Quinn Hunter, daughter of Rielle Hunter, a former Edwards campaign cinematographer. This is where it gets really douchey: when the National Enquirer (weird, I know) broke the story of the Hunter-Edwards affair in 2007 and then confirmed its continuation in 2008, Edwards admitted to the affair but denied that he was the father of Hunter’s as-yet-unborn child. He even said that it was “not possible” that the child was his (“due to the timing of events”) and “would be happy to take a paternity test”.

But wait! Edwards’s personal assistant Andrew Young took the bullet, stepping up to claim paternity of the child! No paternity test was publicly released. Young alleges that Edwards asked him to arrange for a fake paternity test, and even told him to steal a diaper from the baby so that he could do a secret DNA test for himself. And the very last of our douchey senators today is Oklahoma Republican James Inhofe, who thinks white people are too special to have to go through airport security.

Sen. Inhofe: “A terr’ist is a terr’ist. That’s what they do for a living, they kill people. And I’m, for one, I know it’s not politically correct to say it, but I believe in racial and ethnic profiling. I think if you’re looking at people getting on an airplane, and you have X amount of resources to get into it, you need to get at the targets, not my wife. And I just think it’s something that should be looked into, the statement that’s been made is probably 90 percent true, with some exceptions like the Murrah Federal Office Building in my state of Oklahoma. Those - they were not Muslims, they were not Middle Easterners. But when you hear that not all Middle Easterners or Muslims between the ages of 20 and 35 are terr’ists, but all terr’ists are Muslims or Middle Easterners between the ages of 20 and 35, that’s by and large true.”

This speech, by the way, was the latter part of Inhofe’s criticism of airport security’s failure to catch “Christmas Bomber” Umar Farouk Abdulmutallab. Just to clarify, Abdulmutallab is from Nigeria, which is not in the Middle East. He is a Muslim though, so I guess in Inhofe’s book, it’s pretty much the same thing.

Scott Brown, in that video, is no matchmaker, he's nothing short of a PIMP! (and yes, ignorami, that is an insult.)

Also, my learning to hate John Edwards was a long, hard fall for me, considering for many years I was far too swayed by his good looks and his now-empty promises of prosperity ahead. But that comment about his intention at one point to marry Rielle after Elizabeth died (which I can't believe you didn't mention, although it is irrelevant to this particular point) really was the final nail in the coffin for me.

I think the award has to go to Edwards. Just look at the "Aw, shucks" photo. He fits the part.

However, auctioning off your daughters on national television coverage is impressive. Maybe Sen. Brown's bluntness edges him in?

Okay, I'm loathe to actually post this, but this is such a huge pet peeve of mine. If this were any other site, I would just roll my eyes and move on, but since it's Bitch, I feel like higher standards should prevail. Can we stop using the fact that a person speaks with a southern dialect as a mark against them? "Terr'ist" is the only word in that quote that is spelled in dialect, although I'm sure he "mispronounced" several other words during that speech. Simply speaking in a southern dialect should not be used as a red flag that somebody's about to say something that's way out of line. His actual words make that point quite clearly.

This seems nitpicky, I know. But this is an extrememly common stereotype that southern people have to overcome ALL THE TIME. I would expect Bitch to be a little more sensitive to that.

I'd never thought of that, but it definitely seems like whenever someone from any small town, or with a southern dialect is represented, they're automatically pegged as a redneck idiot (or similar). I come from a smaller city in Southern Oregon with a lot of ignorance and back-woodsyness, but not everyone from the same situation is like that. There are just as many small-town/southern/what-have-you people who are progressive and intelligent. We should be more sensitive in the way we treat those people.

This jumped out to me immediately as well.

The transcription of "terr'ist" was not meant to act as an indicator of Inhofe's intellect.... just as a representation of how he spoke. Inhofe does not have a Southern accent, nor did he noticeably mispronounce or mangle any of the other words in that quote, which is why I didn't transcribe any of them that way. I do understand your anger over this and the "redneck idiot" stereotype, but Inhofe did not receive this Douchebag Decree for his speech patterns, and there is nothing in the post that implies a connection between the two.

Thanks for posting, even if you felt it was "nitpicky." I, too, am nitpicky about certain things. Like the mispronunciation of the word "terrorist."

The guy kills me. I just keep thinking about how during his campaign a friend of mine kept saying how he was the only one talking about poverty issues and how he just seemed so idealistic (though still blow-dried and putzy). I'm not so naive as to think that one's global view actually aligns with the way you treat people interpersonally, but sometimes the gap is so stunningly large, I can't help but feel deceived. Then pissed. Possibly worse than if he'd just publicly been a complete dick right out the gate.

I can't help but think it's interesting how Inhofe specifically included the bit about getting "at the targets, not my wife." The way he's trying to juxtapose (his ideas of) most threatening with least threatening, using the category of women as stereotypically non-violent and less-powerful to reinforce his point kind of irked me.

if there's no reason to respect women like palin and bachman, then there's no need to defend them when they're called on their BS. It's not like he called her a slut or a bitch. Had he been addressing a man he would have said gentlemen. God forbid a gender word be applied to a woman, thats sexism regardless of the situation. Had he said let's all be civilized we'd be griping that he was being imperialist!

The term "lady" and all its connotations really bugged me, even as a young girl. I didn't understand why I had to act a certain way just because I'm a girl. When I was 6 or 7 and I was loud and rambunctious, I wasn't told to calm down or to shut up. I was told "act like a lady." When I was a junior in high school, I went to Girls' State. For anybody that doesn't know, that's like a mock government for high school girls. They have a Boys' state too. It's supposed to be all girl empowering, but we were constantly being told to "act like ladies" by the older female counselors. They couldn't stand that we giggled loudly, didn't sit up straight in our chairs, didn't cross our legs while sitting, and talked about our escapades with boys without the proper shame we were supposed to feel. So, of course, we all ignored them :)

The lieutenant governor of South Carolina, Andre Bauer, compared children who received the free- and reduced-lunch program to stray animals, saying, "My grandmother was not a highly educated woman, but she told me as a small child to quit feeding stray animals. You know why? Because they breed! You're facilitating the problem if you give an animal or a person ample food supply. They will reproduce, especially ones that don't think too much further than that." Classy.

I agree with the douchebag label but I don't really see why this, "A terr'ist is a terr'ist", was really necessary. That's just perpetuating a stereotype.

Just because you have an accent like this, doesn't make you a prejudiced douchebag. There was no need to point out the way he said it; his words spoke for themselves. 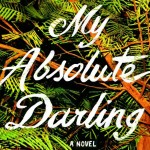