Disclaimer: I'm about to shamefully make a Huey Lewis & the News reference: It's hip to be...a perv? Well, Terry Richardson seems to think so. Ever since sexual abuse allegations against the hipster icon surfaced, the blogosphere has been commenting on the subsequent shit storms that keep popping up around this perv. So, it's about time that we deem Richardson a douchebag.

In the land of prescription-less glasses, handlebar mustaches, and Vice magazine, Richardson has been glorified for his (of course) ironic and so-called progressive fashion photography. His work has permeated the fashion world since the 90s, and he's even on Anna Wintour's good side. In the same vein as those infamous American Apparel ads, Richardson's photography puts naked women in compromising positions, all in cheeky good fun. Apparently, Uncle Douchey's main priority is fun--if you consider tampon tea parties a blast.

Now, my definition of a good time does not include being photographed while having my nipples pinched/sticking a flower in my vagina/allowing a creepy old man to use my bush as a wig. (FYI: Pictures NSFW. What else would you expect from this douche?) But, I don't hate on those who can get down with some good old-fashioned exhibitionism...if they consent. However, Uncle Douchey and his posse--the douchebag assistants who turn a blind eye to and/or bask in Richardson's perviness--seem to think that consent means walking through the door. In Richardson's skewed world, "consenting" models tell him via brainwaves (I guess?): "Hi Uncle Douchey! Wag your phallus in front of my face or ask me to strip down and eat a hot dog. It's art, right?" when they enter the studio.

Sadly, Marc Jacobs defended this big ol' douche: "'I’ve worked with Terry and Terry has asked me to do some crazy things. I know that those pictures will exist if I do them. But I’m a big boy and I can say no.'” [WSJ] Jacobs seems to ignore: a.) The fact that he's more prominent in the fashion world than Uncle Douchey. b.) The girls who have come out against Richardson performed in the photo shoots because they wanted to keep their job and please their agency. c.) He's a "big boy" not a young (sometimes underage) and impressionable model. So, let's just add another douche to the decree this week--Marc Jacobs.

However, not all of the fashion world agrees with Jacobs. The newest fashion sensation, the fantastic Tavi Gevinson behind Style Rookie, had two cents to say on Uncle Douchey. The bright teen could see right through the victim blaming and the whole "It's Art!" excuse. Too bad the grown-ups in the fashion world won't stand up against Richardson. If anything confirms douchiness, it's a fourteen-year-old calling you out.

But wait, I forgot to mention that Uncle Douchey left his wife shortly after she was diagnosed with breast cancer for another model. [Vogue via Jezebel] Way to go, douchebag.

I thought this was Dov Charney for a second. Whatevs, same shit, different douche.

He's not even an original douche bag.

eeeeeeeeeeeewwwwwww....reading that jezibel article make me feel all icky inside. shower, rinse, repeat.

WHAT A CREEP. it makes me ill knowing monsters like him are still in business and not behind bars.

Let's not forget the rest of the douchebags like Marc Jacobs defending him - like the Christopher Lee Suave "I was touched by Terry" tee shirts: http://www.christopherleesauve.com/index.php?/i-was-touched-by-terry/.

Bloggers have been on Terry Richardson far longer than Tavi. Sister Wolf at Godammit, I'm Mad has organized writing campaigns against magazines and Conde Nast, designers like Tom Ford, and retailers like H&M that do business with him. Let's keep up the pressure.

The thing is...I agree that leaving his wife with breast cancer qualifies him as being rather assholish. However, His Risq-ay photo choices are really nothing outstanding or new or even in my mind completely objectionable. I think the fact that he has faced allegations is relevant, but the jump to look at all of his work as demeaning or perverted, is something in the realm of slightly reactionary and over arching. Is he an asshole? more than likely. Is he a white mostly heterosexual male expressing through his work his own sexual desires. yes. Can that be at times questionable and problematic? yes. However, it remains, if it were a woman behind the camera taking these same photographs, what would the feminist critique then be? I look at his photos and see images of women in overtly sexual positions, but is exploitation implicit? no, not in my mind. Would I take photos of myself surrounded by scantily clad women? in implicitly sexual poses? yes. and yes, I have. I think when we jump to call someone a pervert, we have to question whether or not we are policing a persons sexuality similar to the way that our own sexualities have often been policed. Another thing to note, is that Terry, tho it goes rather underpublicized has been known to have forrays with men as well, and his portraiture and candids of men are overtly sexual as well. This brings into question whether his work is really about objectification of women, or simply hyper sexuality, which I think really places certain criticisms of him in a new context.

Are you suggesting because men have their photos taken too, Terry cannot be taking advantage of all his models?

....the accounts of Terry ON SET and what's going on BEHIND the camera, I think things get a lot less complex.

The newest fashion sensation, the fantastic Tavi Gevinson behind Style Rookie, had two cents to say on Uncle Douchey. The bright teen could see right through the victim blaming and the whole "It's Art!" excuse <a href="http://nitro-shred.com/">Nitro Shred</a> 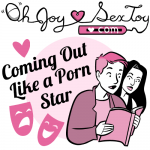