Treating pregnant students like this (or discriminating against them in any fashion) is plain illegal. The ACLU points out that the Delhi Charter School was in clear violation of the Title IX Section of the Education Amendments of 1972, that explicitly disallows the exclusion of pregnant (or recently pregnant, or falsely pregnant) students from any school or extracurricular activity. The Due Process Clause of the 14th amendment and the Equal Protection Clause of the Constitution state that no one shall be discriminated against because they are suspected or are pregnant, and that even if they are pregnant, they shall choose to do what they will with that pregnancy. Like, maybe, stay in taxpayer-funded school.

Pregnant students already have it hard enough being in school: Our culture drills into the heads of American teens all over the idea pregnancy as OMG worst thing ever. Instead of treating pregnant teens with respect, public health campaigns shame pregnancy by labeling it “dirty” and “disturbing.” The teen pregnancy narrative covered in public health ads ends at pregnancy—don’t have sex, because you will get pregnant, and die. So, imagine dealing with the weight of shame that our society places on your shoulders, just for being pregnant. And then imagine getting kicked out of school for it. The actions of the Delhi Charter School didn’t just disproportionately affect people on one side of the gender spectrum; the policy speaks to a macro-level denial of essential services for a town with a majority of people of color. The National Latina Institute for Reproductive Health points out that Latina women have both a higher chance of being pregnant in their teen years and have less access to adequate healthcare. Our healthcare system and socioeconomic climate play a role in higher infant mortality rates for Latina mothers; kicking pregnant women of color out of school—as the Delhi Charter School has attempted to do since 2006—would only further remove them from information about proper reproductive healthcare.

Even though the policy was reversed this afternoon, it’s still absurd that the Delhi administration either didn’t know or didn’t care about the constitutionality of their actions. Louisiana Department of Education spokesman Barry Landry claimed ignorance on laws protecting pregnant women in the classroom, and nobody has offered an apology for the six (!) years it was in place. We can all sleep a little better at night with the ACLU on the watch, but before bedtime, check out some positive news on teen pregnancy here.

Previously: Don’t Let Chik-Fil-A Distract You From the Douchiness that is the Latest Hooters Campaign, Sexist Olympic Advertising

Definitely douchey and thanks for bringing this to our collective attention.

I think it's important, especially when educating people about Constitutional issues, to get the details right. Title IX is a federal law concerning equal access in education. The 14th Amendment and its Equal Protection clause say absolutely nothing about pregnancy. This Amendment exists to prohibit states from passing or enforcing laws or policies that infringe on rights protected by the federal government. That means that because of the 14th Amendment, Louisiana schools receiving federal funds cannot ignore Title IX.

I cringe when I hear people say things like "Innocent until proven guilty. . .it's my Constitutional right". (It's not, btw ;-). Knowing *how* our rights are protected is just as important as knowing what our rights are.

Thank you for printing this, I honestly can't believe there are still places in the US that are this backwards in their thinking. (But then again, I live on the West Coast, in Seattle, and to be fair it's not exactly Louisiana there). There is a piece to this puzzle that has me deeply troubled besides the illegality of their discrimination--where they claimed ignorance of the law. I thought that claiming ignorance of the law didn't constitute an actual excuse. Is it different because it's a (technically) government institution? I believe somebody needs to be held responsible for this. From the article it seems that all they got was a slap on the wrist even though this has been going on since 2006? Shouldn't somebody be paying fines or removed from authority? That being said, I'm glad they got their act together and changed policy, but I feel really badly that are 5 years of pregnant girls who were discriminated against =/. 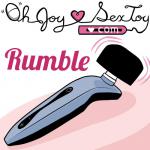