Douchebag Decree: The Kate Major Is Majorly Douching Off Edition 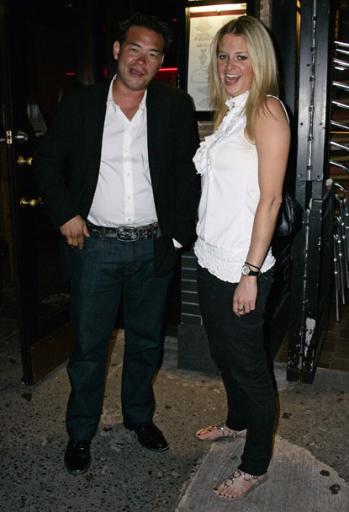 Here's a shocker: when you start dating your boyfriend thirty seconds after he leaves his wife, the woman who carried his eight children, he might not be sticking around with you for very long. You might also be surprised when, as his divorce is being talked about everywhere from websites, to TV shows, to our podcast and oh, right, on his reality show that perhaps maybe, just maybe, you, as the lady who decided to date this man, might be dragged through the mud along with him when his divorce from his wife and subsequent fall from A-#1 Super Dad status gets ugly. It was a fantastic idea to date him in the first place, don't get me wrong. I mean, as a "journalist" for Star Magazine who was supposed to be covering the shitstorm that is Jon and Kate Gosselin's life right now, you definitely did not overstep any boundaries by being with him in the first place. And yes, you should absolutely go on E!, Inside Edition and The CBS Early Show and let all of us know how he "totally screwed (you) over and acted like a dirtbag". Maybe, you know, you shouldn't have believed him when he said he would be with you forever. This is a man who started seeing you when he was still married. Perhaps, and this is just me rambling here, you shouldn't go on TV and get upset about how you broke up and are now having to deal with the aftermath. This is douchey behavior. Yes, Jon Gosselin's behavior was douchey, as well, absolutely, but you cannot fight douchebaggery with douchebaggery, you know what I'm sayin'?

You can't make this post without mentioning Haley Glassman, who Jon dated also, who is also the daughter of Kate Gosselin's plastic surgeon.

Am I the only person alive who really didn't care about any of this BS? Where is the appeal in obsessively following and even discussing this situation? Anyone?

really? when we call out the douchebag of the week -- which implies <i>superlative</i> douchebaggery, jon gosselin does not beat out the girl he dated? honestly, girl he is dating would have to actively do something shitty, in a sort of fatal-attraction-killing-the-pet-bunny vein, to be a bigger douche than jon gosselin right now.

seriously, dude needs to grow up and lay off for while. he put his family in the media eye, then he goes and fucks around on them frat-boy style all over hawaii -- that is *all* him. he can stop anytime he wants. and yet, we expect the women around him to be making that judgment call once again.

the solution to this problem is not for every woman to wisen up and avoid guys like this like the plague; we do not deserve to have to live such bitter and jaded lives. the solution is for it to stop being socially acceptable for us to blame the woman for being screwed over by them. i see three screwed over women and 8 screwed over kids in this situation, and one flaming douchebag in the middle of it.

exactly. He destroyed his family's lives, humiliated his wife, all because he was so selfish and weak to put up with the same kind of stressful life that his own wife was going through right beside him. (only of course, being a man he shouldn't be the one to sacrifice for the betterment of the family). The other woman in this situation is an idiot too, don't get me wrong- but what he did is inexcusable. He is the by far the bigger douche.

He IS the bigger douche, definitely. But to call him out now for that would be stating the obvious. We already did, actually, in <a href= "http://bitchmagazine.org/post/bitch-popaganda-we-be-clubbin-edition">the podcast I mentioned</a>. I think, essentially, the entire situation is douchey beyond belief. 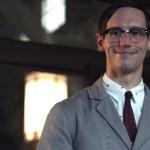