Barrios de Chungara was born in Siglo XX on May 7, 1937. Her father was of indigenous ancestry, and her mother was from the city of Oruro. She grew up in immense poverty in Pulacayo with four younger sisters, and was left to raise her siblings after her mother died and her father reverted to alcoholism. Her father was a union leader and was jailed and blacklisted for his involvement in left-wing politics. From a young age, she was instilled with the belief that women were capable of doing anything that men could—a notion disregarded by the patriarchal climate of the time. At the age of 16, Barrios de Chungara married to a tin miner. The couple chose to relocate to their original birthplaces of Siglo XX. After a few years of marriage, two of her sisters came to live with them to escape living conditions with their father’s second wife. She soon after gave birth to her first of seven children. In 1963, at the age of 26, Barrios de Chungara joined the Housewives’ Committee as the general secretary. The Housewives’ Committee was a created by seventy wives of miners to improve their standard of living by fighting for increased wages and medical care.   Throughout their early years, the leaders of the Housewives’ Committee were often imprisoned. While not exclusively focused on women’s rights, the fact that they were a political organization led by women was revolutionary. Some of the committee’s most notable feats included a 200-mile march to La Paz, a 10-day hunger strike for higher pay, and the exchange of foreign hostages for their captured leaders. By 1970, Barrios de Chungara had organized over 600 unemployed women, and convinced managers of local mining companies to hire all of them, a breakthrough for women in the local economy. The Housewives’ Committee was soon known internationally for their strides and in 1974, Barrios de Chungara was asked to attend the International Women’s Year Tribunal the following year. Though a bit skeptical,   Barrios de Chungara accepted, and soon found herself in Mexico City with other women from all over the world. She quickly recognized the bureaucratic divide of the tribunal and fought to have her issues be heard. Of the other women’s speeches, she said “the women who defended prostitution, birth control, and all those things, wanted to impose their ideas as basic problems to be discussed in the tribunal. For us they were real problems, but not main ones.” Barrios de Chungara spoke out against the narrow concerns being discussed and brought light to the intersection of race, economics, and sexism that she and her people faced. When asked about her ideas of men, she responded that “for us the first and main task isn’t to fight against our compañeros, but with them to change the system we live in for another, in which men and women will have the right to live, to work, to organize.” Her speeches helped bring international awareness to the experiences of feminists of color and of the working class.

In 1978 she co-authored a book with Moema Viezzer called Let Me Speak! Testimony of Domitila, a Woman of the Bolivian Mines. In it, Barrios de Chungara chronicles her life, struggles, and the incredible work she did for her people. That same year she and four other women led a hunger strike which—eventually joined by thousands—against the dictatorship of General Hugo Bánzer. The success of that strike has been credited for bringing democracy to Bolivia. Just a few years later in the early 1980s, Barrios de Chungara temporarily lived in exile in Sweden. In 2005, she, along with 999 other women for peace, were nominated for the Nobel Peace Prize. Although she died of lung cancer earlier this year, her book, legacy, and words continue to been heard in universities around the world.

What an inspiring woman! I like her idea of men and women working together to change the system.

I think its good move by SIP Simple as it will provide improvement to ultra-wideband audio support. Overall it has much focused towards audio and users can notice other improvements related to video in future. I was discussing scope of this update with my colleagues.

We want to help our members form their excellent concepts into excellent material and weblog material. And we want our members, visitors, followers to see in Babe what they value about feminism as a whole. <a href="http://buy1millionyoutubeviews.com/">buy youtube comments</a>

Throughout their early years, the leaders of the Housewives' Committee were often imprisoned. While not exclusively focused on women's rights, the fact that they were a political organization led by women was revolutionary. The Housewives' Committee was a created by seventy wives of miners to improve their standard of living by fighting for increased wages and medical care. <a href="http://www.sbwire.com/press-releases/rhinestone-depot-launches-new-produ... in bulk</a> 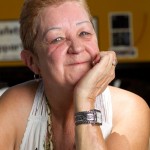 Norma was not wounded by the abortions she didn’t have. She was wounded by life.