AMC’s The Killing, which recently concluded its first season and has been renewed for a second, is as close to Twin Peaks as 21st century television gets. Set in Seattle, homicide detective Sarah Linden investigates the murder of a teenage girl. That’s it - a single murder investigation carried out over 13 hours of television, filled with red herrings, unfolding motives, and dead ends.

It introduces us to a strong, career-driven female detective. And the critics (to begin with) loved it: Mireille Enos as Sarah Linden has just been nominated for an Emmy. Amid its other nominations we have director Patty Jenkins, the only woman contender for outstanding director of a drama series.

But for all this it pales in comparison to the Danish series it is closely based on, Forbrydelsen (The Crime). The star of the show, Sarah Lund (Sofie Gråbøl), is one of the most interesting detective characters for years, female or male, and with all due respect to Enos and Linden, Lund is in a league of her own. If you’ve even been slightly intrigued by the American show then I implore you to track down the original Danish series. You won’t regret it. As in the US version, the original begins with our heroine about to leave for pastures new. In this case, Lund is about to leave Denmark, moving to Sweden with her teenage son to start a new life with her boyfriend. One last case falls on her desk, and, clearly unconvinced of her replacement’s skills, she stays on doggedly to solve Nanna Larsen’s murder. Lund’s career and family begin to fall by the wayside. But the show spends just as much time on Nanna’s family coping in the aftermath of her murder, and, as the murder case begins to impinge on the surprisingly gripping election campaign for Copenhagen mayor, an unfolding political drama. The interweaving of these stories is handled brilliantly, but we always return to Lund. This is her show.

It starts off as something of a slow burn and takes its time over a 20-hour run, but becomes increasingly gripping viewing; here in the UK, when the BBC screened the first season the Guardian even ran a fan blog, recapping each episode with readers speculating in comments. Why was it so popular? The reason is Lund.

The only thing Lund cares about is solving the case; she brings a combination of instinct and super smarts to unmasking the murderer. What a mysterious illness is to Gregory House, a crime scene is to Sarah Lund. When she’s questioning someone, she’s oddly Rottweiler-like; there are some great scenes of Lund staring suspects and witnesses into submission. And she unblinkingly follows lead after lead.

But she’s not physically intimidating – she’s relatively short and not particularly imposing. Which brings us Lund’s traditional 1970s style jumpers, which have become a hot fashion item (the picture above shows Gråbøl in both the white and the brown version). Sofie Gråbøl had a hand in choosing the sweater. She explained:

“The reason it’s so perfect is because it tells so many stories. It tells of a person who doesn’t use her sexuality – that’s a big point. Lund’s so sure of herself she doesn’t have to wear a suit. She’s at peace with herself.”

As the season progresses, Lund becomes ever more focused on solving the case, and her personal life and even basic manners fall away. There are countless brilliant touches, like the way Lund orders people around, or walks out of rooms halfway through conversations and hangs up her phone on people mid call. (Unlike in the movie and television convention, this comes across as a part of her character rather than a convenient way to cut precious minutes.)

As kick-ass as Lund is, she tends not to carry her gun (a nod to Columbo perhaps?) and she’s a flawed person who we see unravelling on screen. She ends up neglecting her own life because to her, the case is more important. Finally, when the murderer is revealed, there’s no pat ending; Nanna Larsen’s murderer might be caught, but as we have been following the emotional fallout on her family throughout, it’s clear that their world can’t be easily stitched back together.

This is also significant if you’ve followed the US version to its conclusion. Here you are given closure, but thankfully there’s a second series already completed and a third on the way. We will see that wool wear again.

I can't believe I missed this post!! I've lived in Denmark for the past three years, and the original series is INSANE! I'm so disappointed in American critics for not latching onto this and freaking watching the original! Then again, I'm incredibly biased because I think the Danish Lund is such a wonderful female Danish archetype -- no nonsense, rather brusque, totally efficient, warm in her own way. She's sort of the best of a stereotype, I think, but perhaps one that's hard to appreciate if you don't have a window to this very specific sort of Nordic culture.

I guess I don't have much to add except that I'm just SO excited to see that someone explored this a bit. And I'm so glad you mentioned those Faeroese sweaters. 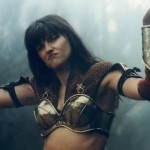