Eagle and Talon: Can they soar? | Bitch Media

Eagle and Talon: Can they soar?

L.A.-based Kim and Alice Talon released their first full-length album Thracian on iTunes April 9. Drawing comparisons to Sleater-Kinney and Mission of Burma, Eagle and Talon can be found all over the internets and in publications like Bust. Though their roots are very DIY (they found each other through Craigslist), Eagle and Talon are about to make it into the living rooms of tweens and teens (and okay, probably some 20-somethings and adults, too) all over America with a performance on tonight's episode of 90210.

Eagle and Talon formed in 2003 in L.A. Alice had just returned to the states from Taiwan and Kim was playing music with an attorney. Three years later, they released their first EP Eagle and Talon Cares. Though already available on iTunes, Thracian is set to release in stores June 23. Perhaps hailed as a baby Sleater-Kinney, and even similar to Lozen's halt-and-start melodies and call and response layered vocals, Eagle and Talon's songs are not all guitar/drums/vocals. Both Kim and Alice studied the piano and keyboards are integral parts of some of their music, which differentiates them. In fact, in a Web In Front article from July 2008, Kim said, "With the SK thing, I think the critics see two girls yelling and they want to call it something. Those comparisons don't really bother me because those girls are great musicians and I think the comparisons will probably fade when the new record comes out".

Watch a live performance of "Hot Caught" which appears on Thracian.

No artist can evade comparisons to bands who came before them, but Eagle and Talon seem to be carving a niche for themselves in a genre whose company is not so bad. I personally hope that they'll steer clear of more TV drama performances, but hey, they've got to get the word out somehow. They're fairly tongue-in-cheek about the appearance, though, stating on their MySpace blog- "Will Alice be seen drumming in a gold bikini? Will Kim get in a food fight with Jennie Garth?" I know one thing: I'll definitely be tuning in to find out.

Go to their MySpace to listen to more and download Thracian.

Relevant: BitchTapes: Sweat In Your Cardigan 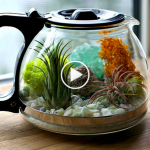 by Sarah Mirk
A mash up of current freak folk and experimental indie songs with classic-sounding folksy tunes.