End of Gender: Reading List for the Genderpocalypse | Bitch Media

If you’ve learned anything from zombie flicks, you know that when the end is near, it’s time to prepare. And it’s probably a good time to catch up on all of that reading you’ve been putting off.

Below, you’ll find a reading list to prepare you for the genderpocalypse. Stock up on freeze-dried food, stick your nose in a book, and brace yourself.

Fiction: Kafka On the Shore (2006) by Haruki Murakami

Kafka On The Shore follows Kafka Tamura, “the world’s toughest fifteen-year-old,” on a wild ride through small towns and surprising romances, introducing gender-bending characters along the way.

Memoir: Tango: My Childhood, Backwards and in High Heels by Justin Vivian Bond (2011)

Non-fiction: Delusions of Gender: How Our Minds, Society, and Neurosexism Create Difference (2011) by Cordelia Fine

This is the book you wish you’d read in high school biology. Drawing on the latest “research” on gender and the brain, Fine debunks myths about hard-wired gender, showing us how “science” can easily fall prey to cultural assumptions.

Anthology: Gender Outlaws: The Next Generation (2010) by Kate Bornstein and S. Bear Bergman

Since Kate Bornstein smashed through the binary with Gender Outlaw in 1995, the self-proclaimed “queer and pleasant danger” has teamed up with S. Bear Bergman and invited other gender-benders on the margins to share their stories. Also, be sure to check out Bornstein’s memoir, A Queer and Pleasant Danger, which hit bookstore shelves earlier this week.

Carr’s heartwarming storybook follows a male-assigned child who tells her parents she feels like a girl inside. Her parents tell her to “be who you are,” so Nick grows out her hair, puts on her favorite dress, and changes her name to “Hope.” Check out my previous blog post to add gender-nonconforming children’s books to your reading list.

Feinberg captures the personal side of political history, chronicling major events in queer history like the Stonewall Riots alongside labor movements of the ’60s. According to a recent announcement on the author’s Facebook page, the 20th anniversary edition of Stone Butch Blues will be dedicated to Cece McDonald.

Feel free to add your own genderpocalypse reading suggestions in the comments section!

Previously: Bringin’ Out the Bono, “Hard-Wired” Debate is Hard to Swallow

Definitely a good list, and I'll be adding a few to my "to read" list (which is about, oh...sixty miles long :P). I'd also suggest Whipping Girl by Julia Serano - I know it's pretty well-known among QUILTBAG circles, but I think it's a great one for people who maybe aren't so clear or well-versed in trans issues, and especially for cis people who want to be good allies. We need to have empathy and understanding and the best way to get there is to listen and learn, and I think Julia's book is great for that.

The title is US First Ladies – Flowers and Quotes. by Irene Jablonka.
It has just amazing photos of flowers. The photo pages are interspersed with short one-page biographies of the US First Ladies and one or two quotes for each First Lady.
URL http://www.blurb.com/bookstore/detail/1565059
Can be previewed on the web. Great for a quiz.

Bear Bergman and invited other gender-benders on the margins to share their stories. Also, be sure to check out Bornstein's memoir, A Queer and Pleasant Danger, which hit bookstore shelves earlier this week <a href="http://www.freetrialreviews.net/pure-garcinia-cambogia-extract-reviews">... garcinia cambogia</a> 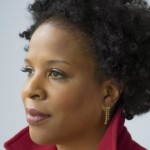 by Tajja Isen
Exploring a massive crisis through the prism of the personal is a vital tradition of Black thought.