Facebook Promises to Crack Down on Rape Jokes | Bitch Media Apparently yes. A coalition of feminist groups is declaring victory in a campaign to get Facebook to crack down on posts and groups that threaten and belittle violence against women.

Photos and gross memes about beating and raping women run rampant on Facebook, despite the social network’s policies that are supposed to ban hate speech. While Facebook has been rather diligent about policing “obscene” images of naked breasts, the company seems to take less interest in removing photos that, for example, joke about kicking pregnant women down stairs. Last week, Everyday Sexism, Women Action & the Media, and a long list of other groups joined forces, launching the FBRape campaign. The action pressured Facebook to take violence against women more seriously and targeted advertisers whose Facebook ads show up next to content promoting violence against women.

Today, Facebook’s administrators issued a statement admitting their policies aren’t up to snuff and promising immediate change. “In recent days, it has become clear that our systems to identify and remove hate speech have failed to work as effectively as we would like, particularly around issues of gender-based hate,” reads the statement.

It’s easy to dismiss the violent speech that happens on Facebook as unimportant, because social media feels trivial. At the end of the day, who cares what happens on Facebook, amid the cat videos and baby photos? But the bullshit people post on Facebook is part of our cultural conversation just as much as dinner table discussions. Jokes and dialogue that paint rape as normal, expected, or not a dig deal can trigger horrible feelings of vulnerability and isolation and lead people to not take violence seriously, as numerous funny people and academics have noted.

As part of “doing better” to crack down on rapey speech and violence-promoting groups, Facebook says it will make a couple immediate changes:

It’s important to note, as the campaign does, that this change is just the beginning. Policies mean nothing if they’re not enforced, so it will be up to the groups working with Facebook to make sure these great-sounding changes actually get written into real rules that are then used to make Facebook a less safe place for people promoting violence.

You beat me to it! 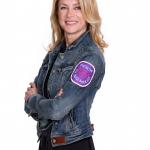 by Sarah Mirk
The former Texas senator talks with us about celebrating the political power of young women.