Facing the Stories: Q&A on New Documentary "It Was Rape" | Bitch Media

Facing the Stories: Q&A on New Documentary “It Was Rape”

In this exclusive Bitch Q & A, feminist star Katha Pollitt talks with filmmaker Jennifer Baumgardner about her powerful new film, It Was Rape.

KATHA POLLITT: Your new film “It Was Rape” consists almost entirely of 8 women, telling the story of their rape and its aftermath in great detail. I found it simultaneously compelling and unbearable to watch.  How did you find women willing to identify themselves as rape survivors?

JENNIFER BAUMGARDNER: Sadly, it was incredibly easy finding people who had been raped. I lecture frequently on college campuses and each time I mentioned that I was working on this film and project, at least two people would approach me after the talk to tell me about their story. I somewhat randomly chose the stories that ended up in the film. Going into the interviews, I didn’t know the stories beyond the barest sketch.

Most of the women in the film were not out in public about being raped—often they had discussed it with just a few people in their lives—but they were hungry for a venue in which they could talk about this really huge, life-altering event and be listened to respectfully and openly. I had no problem getting people to talk. That said, many were scared to see their interviews when the film was finished. The prospect of being in the public opened up the possibility of being not believed (again) or blamed (again).

Were you surprised that people were willing to spend so much time going over this terrible experience?

I had to cut out a lot of crying from all of the interviews so, yes, going over these horrible experiences was very difficult for each woman. As the director, I felt odd drawing out the experiences, too. Rape is a loss of power; I didn’t want to get a good story at the risk of pushing or coercing anyone to tell me something they weren’t ready to tell.

Was making the film emotionally difficult for you as well? One of the women is your sister, Andrea, who was raped by a classmate at a party when she was 14 and tried alcohol for the first time. She was then ostracized by her high-school classmates as a slut.

I cried every time I sat with the editor to cut and shape the stories, but it was especially emotional to work on my sister’s story. I felt guilty that I hadn’t known how to support her at the time and that I hadn’t understood that people were using the word slut to justify what had happened to her. Looking back, I had thought of her as sophisticated as mature, because I wasn’t ready to have sex and was just a year or so younger. I see now how preyed upon she was by guys at my high school and how much the girls abandoned her.  In high school, my sister was a 4.0 brainiac who played first viola in the orchestra and was really shy. Her quietness played a part in the whole thing—because she had a really hard time standing up for herself in general and being raped and cast as a slut further undermined her confidence.

Although it was hard, making this film has also been really good for my family, for Andrea, and for me. We had talked around the edges of her rape, but we didn’t ever discuss it directly. Facing the story and really getting to hear from Andrea had been powerful and cathartic. In our desire to protect victims’ rights and privacy, we don’t actually hear many of their voices. I think something profound happens when you just sit and allow a person to tell her story.

Rape is both a crime and a social-justice issue. How does the film connect rape with other feminist issues like poverty, domestic violence, homophobia?

Many people speak of feminism today with the idea that all of us have multiple identities and issues that intersect with gender. I think the film illustrates intersectionality well. The poet Staceyann Chin’s story is one of rape, but her sexual assault was enacted to teach her a lesson about being a lesbian in Jamaica. The homophobia and the sexual violence depend on each other for justification and gay rights is a big part of ending sexual violence.

Similarly, for Lisa Brunner (a Native woman from the White Earth reservation), her sexual assaults were in the context of a horrifically violent household in which her mother was routinely beaten to a pulp. Lisa learned from her childhood that the “police don’t care about drunk Indians” and that speaking out wouldn’t help. Her path to finding some power and hope was inextricably linked to unlearning racism and embracing her indigenous identity. Sexual violence is very dependent on racism, classism, homophobia, and all manner of prejudice to excuse it. Until we make more progress on all social justice fronts, we can’t meaningfully address rape.

Annie, who had been molested by her father as a child, succeeded in having him arrested after working with the police to procure a wire-tapped confession.  But none of the other rapists In the film seem to have suffered any ill effects from their crimes: no arrest, no conviction, no social censure. One even felt safe enough to send his victim a tape recording of him and his friends cruelly mocking her.

I know! That shows the disconnect between how reprehensible we say rape is and what we really feel–which is a total lack of compassion for the victims and the urge to assign blame to the wrong person. There is so little chance for justice when it comes to rape. You see that today with Steubenville, where the victim has been pilloried as “fast” and therefore not rape-able. In the film, Dena didn’t pursue charges because of the stigma associated with being a rape victim; she didn’t want to be known as that “rape girl.” One story that didn’t end up in the final film was by a woman whose rapist is in jail—but only because he stole a TV, too. The only negative impact to these guys is that they may one day have daughters who will be entering a world that excuses rape and slut-bashing. So, there isn’t justice–more of a curse.

The women suffered terribly from their rapes and the aftermath—being disbelieved, blamed, and blaming themselves. But years later, they seem to be having good, solid, happy lives, often with jobs helping others. Was that a decision, to focus on the women’s strength rather than on the rapists’ impunity?

The focus on their successful lives was conscious. The template for the It Was Rape project and film was the I Had an Abortion project and film where all I had to do was turn the camera on and I got a great, empowering film. It quickly became clear that rape—while also a common yet silenced experience—shared little else with abortion. You choose an abortion; no one chooses rape.

In 2009, the first few times that I screened a rough cut of the film, people were very moved—but also demoralized. Finally someone in the audience said, “it looks like their lives are ruined. Where are they now?” I realized that I needed to show that rape had affected all of them in permanent and horrible ways, but that they all had wonderful, interesting, meaningful lives. Not one of them could be reduced to that “rape girl.” Also, each of them began gaining strength and healing when they started talking about their experiences with feminists and others who could simply hear what they had to say. They each realized that their story could help others who are struggling with self-blame and the after-effects of rape—and that became part of the happy ending of the film. It seems odd to say a film about rape is uplifting, but I believe that this one is.

Katha Pollitt writes the Subject to Debate column for The Nation magazine and is an award-winning poet. It Was Rape is screening widely around the country and can be purchased for institutional use. Email itwasrape@gmail.com with questions or comments.

This is an excellent summation of the film, and touches on the topics with just enough depth to get me to want to see the film. I do have an issue with one comment:

"You choose an abortion; no one chooses rape."

Not all women who have abortions do so of their own free will. A small, yet not insignificant number are coerced into abortions, usually through the threat of withdrawal of emotional and/or financial support. In such cases, they are similar to rape indeed.

That is very true. And thank you for bringing that up. The lack of consent in both situations (rape and forced abortrion) definitely draw parallels. I think a better way to put it is that you are able to choose to have an abortion, yet you cannot choose to be raped. 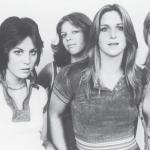