Kero Kero Bonito’s three members combine their cross-genre, cross-cultural influences to create bubbly, video game-inspired music. The artists go by first names only: Sarah heads the band with her chirpy talk-singing, and jumps between her two native languages, English and Japanese. Gus and Jamie produce the hyper-bright sounds that accentuate Sarah’s monotone vocals. The three-piece band met on MixB, an online Japanese expatriate community bulletin board, and have been making music since May of 2013. Their fusion of music and culture is crucial to the bands sound, lyricism, and visual aesthetic. 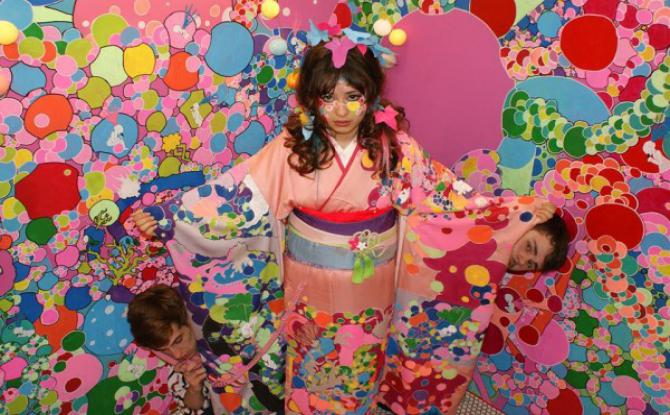 Kero Kero Bonito’s sound takes inspiration from the Japanese pop scene and adds bits of UK electronic music through a combination of technopop, 8-bit, digital dancehall, and synthpop. The band blends a little bit of everything into their sound, creating a collage of styles that winds up feeling distinct.

It would be easy to dismiss Kero Kero Bonito’s upbeat sound as an adolescent caricature. But the simple-sounding songs actually explore complicated themes. For example, in the new single “Picture This,” Sarah ironically sings about taking selfies and brings up some incredibly pertinent critiques on internet and selfie culture: “Pics are all I need/To show everyone/What I’ve done/Who I want to be.”

In “Sick Beat,” Sarah hypes her video game skills while discussing her resistance to societal expectations placed on women in society: “It’s often said, I should get some girly hobbies instead/But that thought fills me with dread/I’m not into sewing, baking, dressmaking, not eating, bitching, submitting.” Sarah again rejects the notion that women are suited for motherhood in “Babies (Are So Strange)”: “Child producing machine/That’s what nature has assigned me to be.” The humorous and accessible language of the lyrics allows Kero Kero Bonito to examine feminist topics that are easy to understand, and become more of a casual inevitability to their music, rather than an overt statement.

Beyond the realm of political lyrics, Kero Kero Bonito also places major emphasis on their visual representation. In an interview, when asked how important the aesthetic side of the band is, Kero Kero Bonito responded cheekily, “V important.” Take a look at any of their music videos or band artwork and I’m sure you’ll agree. Their bold visual aesthetic complements their hyper-bright sound and shows the strong influence of Japanese pop art. As Hari Ashurst, co-founder of Double Denim Records, says: “Finding KKB is sort of like falling down a very mad, very fun rabbit hole.” 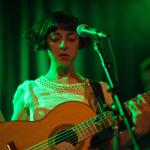 by Sarah Mirk
The moody song "I'm Not Really in the Christmas Mood" is a nice counter-point to all the upbeat holiday tunes.