In honor of the French Open this week, it felt appropriate to highlight the achievements of the female singles winner from 56 years ago: Althea Gibson. Long before Venus and Serena started making waves in the tennis world, Gibson was not only the very first African American tennis player to win ANY of the major Grand Slam tennis tournaments independent of each other, she won three of the four (the French Open, Wimbledon, and the U.S. Open) during her amazing tennis career.

Check out a previous post where we mention her, “Why This Feminist is a Sports Fan.” Althea Gibson was born in Silver, South Carolina in 1925 to sharecroppers, but her family moved to Harlem when she was a toddler and she spent a majority of her childhood there. Being a spirited and athletic girl, she joined any team she could find. She was talented in many sports, but when it came to tennis, she was a star. Being a poor girl in Harlem, Gibson seemed an unlikely person to rock the world tennis community; as we all know, at this time (as some might argue it still does), tennis centered around wealthy, white, country club communities. However, when Virginia doctor Walter Johnson took a particular interest in Althea's talent, he helped her get connected to better trainers and to competitions to get her some exposure. With Dr. Johnson's help, Gibson began competing in the all-black American Tennis Association (ATA). Starting in 1947, Gibson won her first of ten consecutive national ATA championships. While she was rising to fame in the ATA circuit, she was still excluded from the all-white United States Lawn Tennis Association (USLTA). However, Gibson didn't stand to compete in a segregated sport for long. After getting help from others at ATA, she lobbied for and finally was allowed to compete in the U.S. Open in 1950, making her the first African American, male or female, to compete at a USLTA tournament. Gibson kept competing in the USLTA despite facing extreme racism and protests from white fans and competitors. Though she was still dominating the ATA circuit, Gibson did not find the instant success in the USLTA she had in the ATA, but she did get a scholarship to play at Florida's A&M University, where she graduated in 1953. Following her graduation, Gibson worked as an athletic instructor as Lincoln University in Missouri, all the while continuing to play professionally.

In 1956, however, after competing in the USLTA circuit for six years, Gibson won the French Open, becoming the first black player to win a singles title there. In that same tournament, Gibson also won the doubles championship with her partner, Angela Buxton. Buxton was a Jewish woman and had also faced discrimination from the USLTA (Buxton was the first woman of Jewish descent to win a Grand Slam). Gibson's two wins at the French Open proved to be her start of her winning streak. In the 1957 and then again in 1958, Gibson won Wimbledon. Then, in 1957 and again in 1958, she won the U.S. Open. In all three of these Grand Slam tournaments she was the first African American, male or female, to ever hold the title of winning that particular Grand Slam.

In 1957, Gibson was the first African American to be named the Female Athlete of the Year by the Associated Press and was ranked Number One Female Player in the World for the USLTA. Ending on a high note, Gibson retired from tennis in 1958. After retiring, Gibson worked for a while coaching and released an autobiography in 1958 titled, I Always Wanted to be Somebody. She then released an album, Althea Gibson Sings in 1959—the same year she appeared in the motion picture, The Horse Soldiers. As many do in retirement, Gibson took up golf, but of course she was excellent at it and became the first African American woman to play in the Ladies Professional Golf Association in 1964.

After Gibson's brief try at golf, this renaissance woman took her talents into the political arena. She was named the New Jersey Commissioner of Athletics in 1975, a position she held for ten years.

Undoubtedly, Gibson left a major mark on tennis history. Her actions protested the stereotypes of “white” country club sports as the first African American woman to compete in both tennis and golf on the professional level in the USLTA and the LPGA. Gibson's athleticism and determination paved the way for future black athletes, especially women, to be able to compete in these arenas. She may be gone, but her legacy lives on in tennis and her memory continues to inspire athletes everywhere. 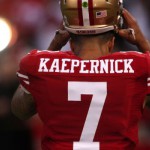