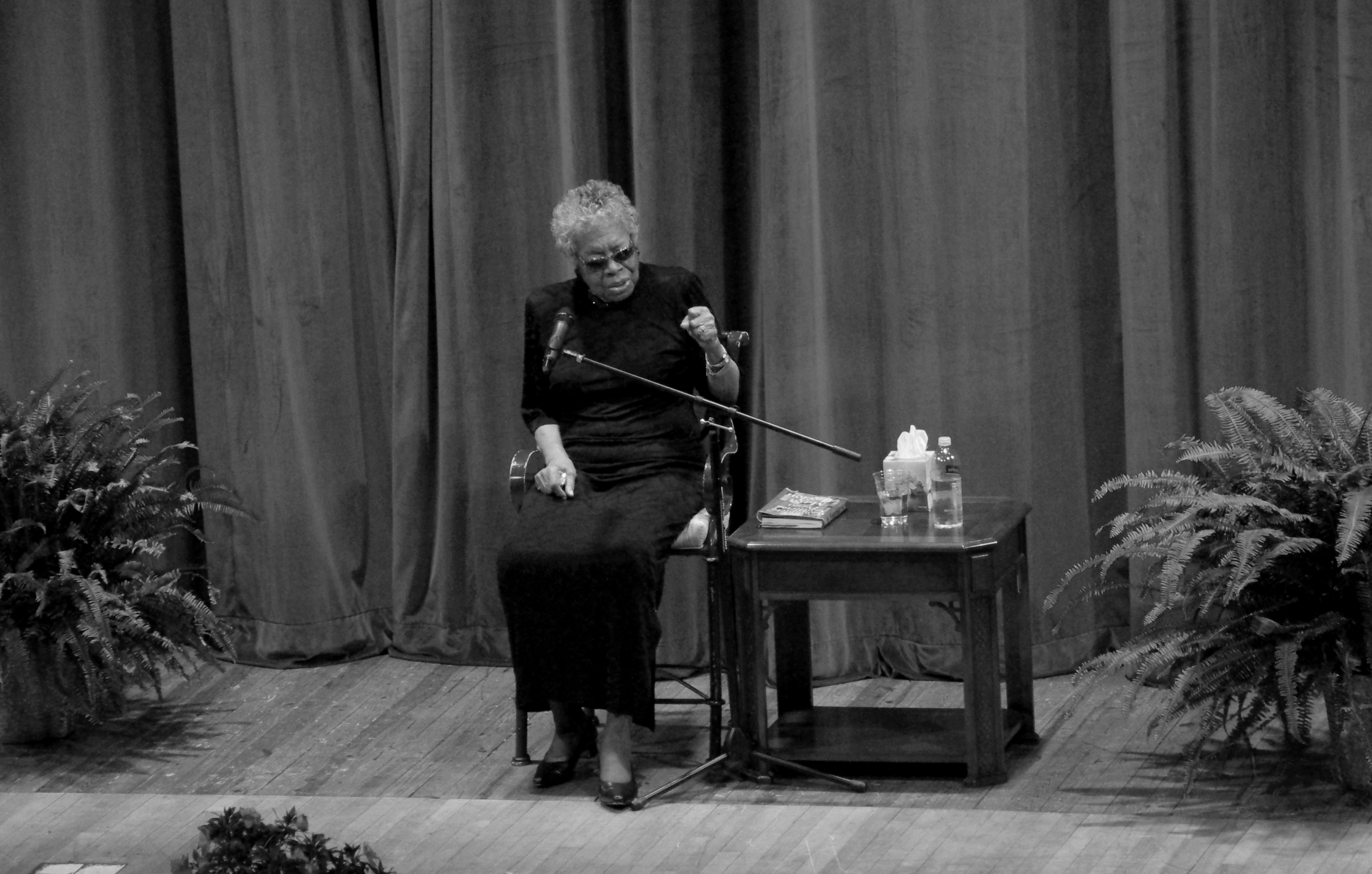 Listing what Maya Angelou has accomplished so far in her 82 years seems like cheating; like I’m just making things up to make her sound as cool as possible. But the minimally-embellished facts are these: She speaks six languages, has more than 30 honorary degrees, studied dance with Martha Graham, served on councils for two American presidents, was asked by a third to compose a poem for his inauguration, worked closely with Malcolm X and Martin Luther King, Jr., was the first black cable-car operator in San Francisco (see what I mean? Not making it up.), and was the first black woman director AND, separately, first to have her (Pulitzer Prize-winning) screenplay filmed. And I’m only stopping because that sentence is too long, not because there isn’t more to list. Her fingerprints are all over American pop culture, whether in her many cameos and appearances or as an inspiration. The only mistake I’ve ever seen her make was telling ESPN she thought the New Orleans Saints would lose the Super Bowl last year. But then she won the Presidential Medal of Freedom, which is the highest civilian award the American government bestows upon individuals, the same year. So I figure 2010 balanced out in her favor, ultimately.

Angelou was born Margeurite Johnson in 1928 in St. Louis, Missouri and grew up there and in Stamps, Arkansas. While visiting family at age eight, she was sexually abused by her mother’s boyfriend. When her attacker was killed as a result of his crimes, Angelou stopped speaking for five years, thinking her voice had killed him (she named him to her brother, who told the rest of the family). When she moved to San Francisco, she was introduced to literature by a teacher named Bertha Flowers and began to speak again. Immediately upon overcoming her muteness, she memorized  Shakespeare’s 2,000 line poem “The Rape of Lucrece.” And then, still as a teenager, she dropped out, became an unprecedented black cable car operator, went back to high school, graduated, and gave birth to her son Guy soon after graduation. To support him, she worked as a brothel madame, dancer, waitress, and cook, all before she was 25. Her nom de plume comes from a variation on her first husband’s last name, Angelos, and her brother’s nickname for her, Maya. She subsequently lived in New York, Egypt, and Ghana, where she met Malcolm X, with whom she worked on the Organization of African American Unity. After his death, Dr. Angelou worked with Martin Luther King, Jr. as the Northern Coordinator for the Southern Christian Leadership Conference. King was assassinated on her birthday in 1968, and she was devastated.

Through her grief, she started writing what would become perhaps the most famous series of autobiographies published in English; a series without precedent and which seems impossible to follow.

I Know Why the Caged Bird Sings is the first and most celebrated of her six autobiographies, the most recent of which, A Song Flung Up To Heaven, was published in 2002. …Caged Bird details the first 17 years of her life, and was nominated for a National Book Award. Efforts have been made to ban Angelou’s work since the early 1980’s and continue today, for her discussions of rape, pregnancy, homosexuality, and homelessness, among other of her lived realities. At the pronounced risk of gushing too fervently, this is a book that I think teaches us how to be human. I can think of no wiser writer alive today than Maya Angelou. She is unceasingly generous in her contributions to American history and culture, both in how prolific she has been and how far-reaching her talents are, and in the many perfections (yep, I said it) of the work she has produced. Her history is the history of her country, her people, and her life, but it speaks to all countries, all people, all lives. Not to mention (gush gush gush) that she’s still working today, and history is still getting made.

According to "I Know Why the Caged Bird Sings" she was actually sexually molested in St. Louis when visiting her mother, not in Stamps.

Thank you for correcting that, Anon! You're absolutely right.

Maya Angelou is the grandmother I wish I'd had. I have seen her speak live 3 times and could sit and listen to her talk for hours. She embodies wisdom, self love, and unconditional positive regard without compromising her ideals, or the "starch in her spine."

Fantastic article. I love the sheer adoring clearness of your love for this woman. She is truly a heroic figure and a stupendous human being. 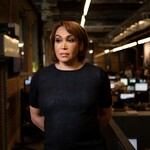 by Tina Vasquez
To imply that trans women pose a threat to cisgender women in restrooms is misinformation that preys on unfounded fears.