To look in the “Blues” section of most record stores, you’d think it was only men who had troubles worth singing about. This week it is my pleasure to prove this assumption SPECTACULARLY WRONG, with a glimpse at some of the women who have howled, growled, whimpered and moaned their way through the blues. Gertrude “Ma” Rainey is called the Mother of the Blues. She grew up performing in minstrel and vaudeville shows around 1900, when she was a young teen. Her renown was built around the fact that she and her husband, William “Pa” Rainey, incorporated the blues into their traveling performances. A risky move, considering their audiences were mostly white and their subject matter was born and raised by African American suffering at the hands of European Americans. But the move paid off, as Ma’s notorious personality (August Wilson wrote a play about it) preceded her and audiences paid to see her perform AND see if she would lost her temper onstage. When jazz music exploded in the ’20s and ’30s, Ma performed with the best players in the world: Louis Armstrong, King Oliver, and Sidney Bichet, among others. Oh, and did I forget to mention that she was queer and sang openly about her love for women? Silly me. Ma flew in the face of the status quo her whole life, and so certainly never lacked for song material. Her music is much harder to find than that of the men she played with (whaddya know? Fat black lesbians made record executives uncomfortable a hundred years ago TOO!), but any search for it will be worth your while. Bessie Smith met and befriended Ma Rainey in the 1920s when they performed together (Bessie as a dancer, Rainey as the singer) in the Stokes troupe. If Ma was cocky and brazen, Bessie was her more agressive counterpart. She and her second husband, Jack Gee, fought fiercely over Bessie’s bisexual affairs, drinking, and touring, and one of Gee’s affairs ultimately ended the couples’ mercurial marriage. Bessie performed on Broadway with Sidney Bichet in the ’20s, and spent as much, if not more, of her time acting than singing the blues. Her recording of “St. Louis Blues” with Louis Armstrong, however, is one of the most famous lady-led blues songs in American history. Willie Mae “Big Mama” Thornton explored R&B and Rock n’ Roll throughout her career, but her harmonica playing and growl of a voice are unfiltered blues. She was openly gay and performed risque songs unabashedly. She was the first person to record “Hound Dog,” a song you might’ve heard when Elvis Presley sang it three years later. Sorry, Elvis, but hip-swiveling and tamed-down lyrics are no match for Mama’s howl.

Another of her songs, “Ball ‘n Chain,” was made famous by Janis Joplin in the ’60s.

Unlike the other women in this post, Big Mama mastered an instrument other than her instantly recognizable voice. After hearing her sing, it should be no surprise that a harmonica in her hands (and with her lung capacity) is just as fierce as any slide guitar and medicine bottle. Just listening to her introduce her band is listening to the story of women in the blues.

Who are your favorite female blues musicians, past or present? Let us know in the comments!

Gladys Bentley - another blues artist who was queer and butch. She could make her voice sound just like a trumpet.

There's a great compilation called Mean Mothers that showcases these types of artists...definitely worth the money. Lil Armstrong is on there, too. She was Louis Armstrong's wife and apparently almost as popular back in the day, though we don't know it now because she wasn't offered the same recording opportunities.

Thanks for commenting! About the thinking-it-didn't-work: each comment by an unverified user takes a few minutes to appear.

I'm sorry not to see Memphis Minnie at the top of the list! A great blues guitarist who could outplay many of the better known bluesmen. Also to bring things closer to the present, everyone who loves the blues should be listening to Precious Bryant. Thanks for the article and especially for mentioning Big Mamma Thorton

Oh my god, that Hound Dog is effing jaw dropping. So hot. Loving this article too!

I do a radio show at my college station that features a week of all female artists.

I did a show focused on blues/jazz of the 20s and 30s inspired by the first ever exhibit about women at the rock and roll hall of fame! http://rockhall.com/exhibits/women-who-rock/
You can listen to my radio show here:

Also look up the compilation Men Are Like Streetcars!

These women fucking rock. Thanks for this awesome blues shout-out!

As a feminist when it comes to music. I loved this post. I remember when Ken Burns Jazz came out and I noticed that there were almost NO women mentioned and those that were mentioned were singers.

But it is not just blue and jazz.... look at Reggae... Grrr.... No Marcia Griffiths or Judy Mowatt OR Rita Marley Bob's Wife...

At my 10 Songs Blog we are in the middle of WHM where we are doing all women all month long. Many blues and jazz masters are on the blog plus women from all over the world.

This week we had the legend Koko Taylor & Bonnie Raitt among others.

I also did a performance poem on this very topic called Life, Love< And The Blues. I'll shall have to dig it up and post it. It mentions some 20 plus blues women and slips in a few song titles as well.

As a side note Ma Rainey despite being married was gay. Her "Prove It On Me Blues" was an early gay anthem. Go Ma!

<p>THAT SONG IS SO GREAT. <a href="http://www.youtube.com/watch?v=AzsIk8z26tg" target="_blank">here is a link</a>, for those interested...</p>
<p>I think August Wilson MUST have had this song in mind when he was writing the studio scenes in <em>Ma Rainey's Black Bottom.</em></p>

Thanks for the link! Times like these I friggin love the internet.

The unforgettable Miss Koko Taylor, of course. The Queen of the Blues.

These were excellent!! I am so hyped on this! I've been looking for more wombyn crooners to add to my list, lately I've been listening to Memphis Minnie, Mississippi Matilda, Kansas City Kitty, and Miss Rosie Mae Moore. Present women, I would say Duffy, she is definately a blues singer, and she has great pipes. And of course, more recent than these ladies, Janis Joplin...she's beautiful.

Nina Simone. Her version of Feeling Good is so moving and emotionally explosive. Now Jennifer Hudson sings it in a commercial for Weight Watchers, sadly. I only hope folks will seek out Simone's amazing version, which feels nothing like dieting. 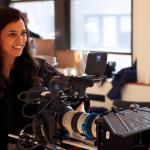 by Stephanie Abraham
In all sorts of ways in the United States, women are still unequal.