A study published last week by Loyola professor Kendall J. Eskine in Social Psychological and Personality Science reports that people who eat organic food are self-righteous assholes. My main question is: What in the ridiculous research hell kind of study is this?

The details are more ludicrous than you can imagine, or than I could make up: 62 participants looked at pictures of food. Some looked at pictures of fruits and vegetables that clearly had an “organic” label. Others looked at more comfort foods, like sweets, with no labels; and the rest of the group looked at foods like rice that are supposedly more “neutral” or something. Now pay attention: That picture-looking will dictate the jerkish personalities (or lack thereof) of the participants!

The study went on to let each individual rate fictional characters described in some sort of packet. The characters included a shoplifter, a person stealing books from a library, a politician accepting bribes, and “a man eating his already-dead dog.” (What the…?!) The participants then rated each character a number from 1-7, based on morality. Turns out those that looked at vegetables beforehand judged harsher than those who looked at cupcakes. Also, when asked, the veggie-glancers were less willing to participate in another study than their sugar-viewing peers, which I guess is supposed to prove something as well. And finally, when it came to helping out a needy stranger, the organic picture-peeping people seemed to be less caring, volunteering only 13 minutes as compared to 19 minutes (for the neutral rice picture people) and 24 minutes (for comfort food picture people). Warning: Looking at this picture might turn you into an asshole.

Ignoring the oddness of how looking at pictures is supposed to prove anything in this case, all a pointless study like this one does is make people angry—on both sides. Organic eaters get defensive, and non-organic shoppers get pissed at the perceived pretentiousness of people who go to Whole Foods.

Listen, makers of studies: People are already angry. We don’t need a weird study that just exacerbates food-related nastiness (I’d also like to chime in to say that this study doesn’t really help small, local farmers trying to make a living, either!). So why was this study released? Why has it gotten press at all? Did Eskine have some sort of bad experience at a farmers market? So many questions.

What perturbs me most is that studies like this one do no good for anyone. Even if this study DID prove what it was intended to prove (which, again, it didn’t), what is the point? Here’s an idea: Maybe next time the social science field could produce a sound study that actually has a point, proves it, helps society by giving us food for thought, and MSNBC could report on that one instead.

Previously: Weight of the Nation, HBO? Let’s Talk about Industrial Agriculture First, New Ads Say You Don’t Have to be a Pickle-Eating Hippie to Get Solar Panels

I feel like maybe the people who looked at organic food probably had their morals and ethics kicked into higher gear and that's probably why they were harsher of social transgressors. If someone has high moral standards for themselves, they will expect others to also raise their standards. I also think that they wouldn't want to participate in another study because the study was completely "fruitless" (haha!) to begin with!!! I don't even know how this person got funding to write that report. So silly!

Hmmm Margaret...so people who look at organic food have higher moral standards? I didn't realize that the kind of food you look at (or eat) had any bearing on personal morals or ethics. Good to know.

Does that mean people who eat Twinkies (or just like to feel them up) are somehow on a lower rung of society?

While I can understand where you're coming from (people who eat organic food aren't somehow 'better' than those who don't), I have to disagree with one of your points. The kind of food we choose to eat certainly has a bearing on our personal morals and ethics. I'm a vegan, for example, and not because I want to be 'better' than other people, not because I want to 'lose weight', or any other ridiculous reason. I'm a vegan because living harmless and cruelty-free is a big deal for me morally. By not eating/using animal-based products, I'm taking a stance on what I believe is important. And it's not a 'sacrifice'; I don't feel like I'm 'missing out' by not eating animals, nor am I adhering to some crazy, radical, unsafe diet where I only consume lettuce and water.
I honestly believe that we begin to make some serious considerations about our diets when we become more informed about nutrition, the environment, and the treatment of animals/workers. I personally don't believe people who eat Twinkies are on a lower rung of society - though I may question WHY they eat the Twinkies. Can they - like many Americans - not afford healthier snacks? Are they not aware of the ingredients/nutritional information? Or do they simply enjoy Twinkies? It doesn't make someone 'higher' or 'lower' in society, but it certainly should make people question what our society believes is important.

You're not "better" than us, you just have a right to police our food choices?

Just FYI, they didn't get any funding for this, they used undergraduates as participants. And the authors posit something slightly different than what suggested: seeing organic foods affirmed their own moral identity, so they didn't feel the need to engage prosocially. There is actually a point to showing this, but as in many disciplines, it doesn't really matter to anyone who isn't specifically studying social cognition. Just as in a biology journal, for example. But everyone feels like they are an expert in psychology, which is why research findings are so wildly sensationalized.

Or if they MUST keep doing research like this, maybe next time they could get a sample of more than 62 people? 62 people/3 = 20 people looking at each set of pictures. Results based on that sample size are just begging to be taken out by the decline effect in another round or two.

So if I look at an organic avocado and a non-organic avocado it will change my moral behavior? This person's abstract, though it mentions marketing, fails to identify the real cause of this phenomenon: <em>marketing</em>. 99 out of 100 people couldn't tell the difference between an organically produced avocado and a non-organically produced avocado just by looking at it. It's the sticker that we're really talking about - the hype - the image. That. my friends, I would gladly admit effects human morality - because food advertising featuring "healthy" or "organic" products appeals to moral sentiments to win customers over by trying to make them feel good about themselves for doing the world a favor. So what we are really talking about is the effects of marketing, not organic food.

The only (and still un-scientific) connection I could make is that maybe who choose organic produce versus 'neutral' products or 'unhealthy' comfort foods are more discerning, which rolls over into how much they're willing to give of their time or who opinionated they are about moral transgressions. Those aren't bad character traits.

Wow that study is unbelievably stupid! Nobody really wants to delve into why most people don't buy organic food. One of the answers to this question: few can afford it. It's easier to show pictures to people and draw dubious parallels with morality than taking a hard look at reality I guess.. Thanks for this article !

Speaking of stupid research, check out this abstract:

The sarcin–ricin loop (SRL) is one of the longest conserved sequences in the 23S ribosomal RNA. The SRL has been accepted as crucial for the activity of the ribosome because it is targeted by cytotoxins such as α-sarcin and ricin that completely abolish translation. Nevertheless, the precise functional role of the SRL in translation is not known. Recent biochemical and structural studies indicate that the SRL is critical for triggering GTP hydrolysis on elongation factor Tu (EF-Tu) and elongation factor G (EF-G). To determine the functional role of the SRL in the elongation stage of protein synthesis, we analyzed mutations in the SRL that are known to abolish protein synthesis and are lethal to cells. Here, we show that the SRL is not critical for GTP hydrolysis on EF-Tu and EF-G. The SRL also is not essential for peptide bond formation. Our results, instead, suggest that the SRL is crucial for anchoring EF-G on the ribosome during mRNA–tRNA translocation.

I mean, who cares, right?

PS--My point: A biologist would read this and might care. Similarly, a psychologist might read the full text of article and get a bit more out of it than those outside the field who only access the abstract. Sensationalized editorializing headlines aren't helpful to anyone.

I have a doctorate in a social research field, EAE, and I can tell you it doesn't look any better from the simple description of the study given here. People are right to critique the research design (how on earth is a man eating his dead dog a useful category here?), the sample size (62 is small, and don't get me started on how many academics do research on WEIRD populations - that's White, Educated... I forget the rest but you get the idea - without listing that as a limitation), and the fact that this ludicrous study has somehow made the news. That's good critical thought, and we need more of it within academia and education at all levels, in industry, in the media, and in politics.

You wanna know why research like this gets done? One word: tenure. Well, ok, there's issues of particular disciplines' assumptions about human behavior, too, but as a linguistic anthropologist my opinion is gonna sound biased towards my own field. Suffice to say there's a healthy critique of divorced-from-reality lab studies like these elsewhere in the social sciences. But academia's pressure to publish to prove your worth does produce some truly crappy research. I'm not saying none of academia is worthwhile, but between financial pressures, technological changes, the primary/secondary/higher ed pipeline, and historical artefacts of our assumptions about knowledge, there's a lot that's wrong with academic knowledge production.

Why has it gotten press at all? Did Eskine have some sort of bad experience at a farmers market? So many questions <a href="https://www.facebook.com/PureGarciniaCambogiaReviews">pure garcinia cambogia</a> 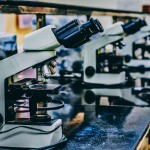