Finally! A TV Show That Handles Transgender Issues With Grace. 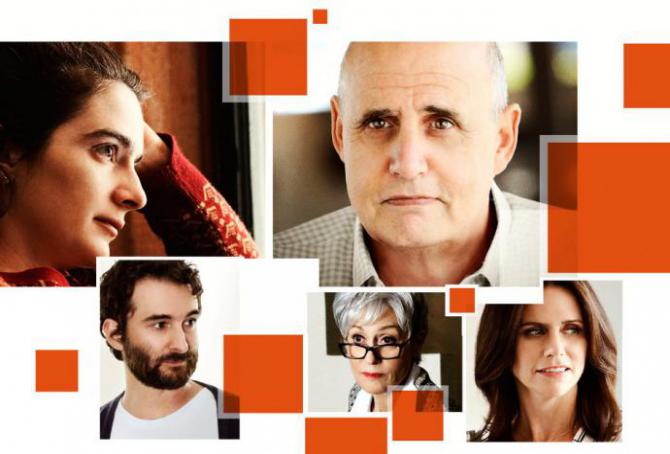 Television, historically, has not been a welcoming place for transgender people. “Trans representation” has previously consisted mainly of male sitcom characters relating stories about dating women who turned out to be transgender, and then saying “Eww!”

Things are changing now, though, with the breakthrough success of Laverne Cox on Orange is the New Black and now director Jill Solloway’s new half-hour dramedy Transparent.  All eleven episodes of Transparent arrive for binge-watching on Amazon today.

Nearly all the publicity that’s greeted the show since its pilot’s appearance in March has concerned its main plot point: father-figure Mort commences her transition, aligning her body with her female gender identity. The first episode handles this quite elegantly. Mort gathers the children to their childhood home but is unable to break the news to them.  Later, we see Tambor, now named Maura, at an LGBT support group sharing a story about encountering micro-aggression level transphobia at a big box store when having to produce an ID for a judgmental clerk (bonus points for accuracy!). At the group, Maura also voices a combination of disappointment and bewilderment at the selfishness and self-absorption of her three children. It’s an appraisal the viewer might share.

Throughout the pilot, Sarah, Josh and Ali all come off as extravagantly privileged, arrogant, and shallow. They speak exclusively in off-puttingly “clever” banter that’s either the result of overwritten dialogue or inadvisably preserved improv.

Critics often say viewers shouldn’t judge a show’s quality by its pilot because writers discover their characters’ voices and rhythms as they go. That may well be the case with Transparent. While the show deals with its central character’s identity very well,  there’s certainly room for improvement when it comes to the rest of the family.

A central conceit of the pilot is that not just Maura, but all the characters have hidden sides of themselves. Throughout the pilot, we see each family pursue their hidden interests. Sarah, for instance, comes across a former girlfriend from college, rekindling a passion she’d long forgotten. Josh, who’s dating a super young, skinny blonde singer, is revealed to have a seemingly secret relationship with an older, bigger woman of color. Ali, for her part, seeks out a strict, militaristic personal trainer, and quickly establishes a kinky dynamic in their workouts.

These plots are all interesting and I can imagine them developing nicely throughout the first season, but the show’s pace feels a little slack in the pilot. The three children’s narcissism and the exemption them seem to enjoy from any of the stress that defines daily life for most people, makes their experiences appear trivial.

This isn’t true of Maura. The necessity of grappling with her gender transition lends gravity to her story. Likewise, her impatience with her offspring’s myopic behavior makes her a kind of audience surrogate.

Tambor is terrific in the part. While it might have been nice to see a trans woman in the role, the fact that Maura is just embarking on her transition mitigates any charges that Tambor, as a cis man, has “stolen” the part from a trans woman actress, in my view. Moreover, Solloway has spoken about hiring many trans crew members for the set, and trans actresses and actors for other parts throughout the season.

Tambor lends real pathos to the role, communicating Maura’s gentleness and offering glimpses of the pain she experiences living an authentic life in a culture where unconscious transphobia lingers and informs countless otherwise impersonal encounters. 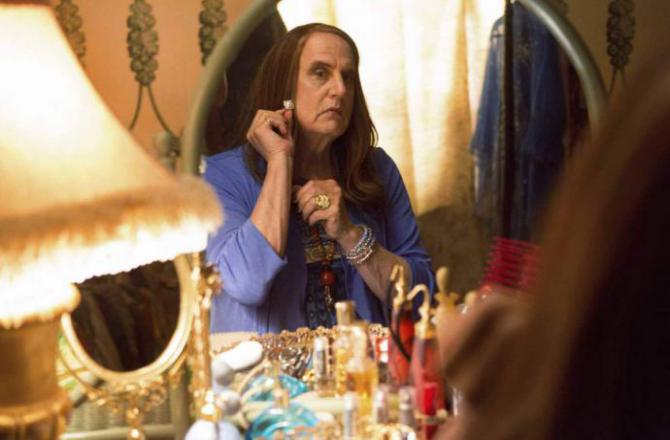 I can imagine that as the siblings engage with the reality of their parent’s transition, they’ll experience an increased intimacy in areas of their own lives. Whether the viewer will find that journey compelling or not remains to be seen.

Like fellow female show creator Jenji Kohan (Orange is the New Black), Solloway organically constructs a world seen through women’s eyes. The show’s main male character, Josh, surrounds himself with women, and seems at home with his sisters, and, in one of his few lines of dialogue, Sarah’s husband Len declares, “I like lesbians.” Unlike in OITNB, however, this world seems untethered to reality. The characters swim in money derived from unnamed or farfetched sources (a wealthy, successful music executive in 2014?).

That Solloway’s cisgender characters feel the most unrealistic shows how successful she’s been at representing Maura’s trans experience. In interviews promoting her show, she’s stressed how important that is to her, and has walked the talk, correcting NPR anchor Arun Rath when the latter misgendered Maura, and used the term “transgendered.”

Transparent’s motives and sensitivities are unimpeachable. Let’s hope its drama and pacing become that way, as well. If that happens, it will be a must-see series.

Are you kidding me? What kind of feminist thinks it's okay have a cis man play a trans woman? I don't understand? In this age of lack of representation of women, how can we ever say that having a man play a woman is just as good? How can we say that it's being handled with grace when a story about trans women can't be bothered to give them real representation? I wonder if y'all would be praising a piece of work that used cis men in drag to play cis women?

Damn my sentiments exactly!!!! I'd love to see the day when trans women are finally just thought of as women with no if and or buts. You are right having a cis man play a trans woman is no different than a cis man playing a cis woman. Its both misogynist and trans misogynist at the same time.

Like other women display designer Jenji Kohan (Orange is the New Black), Solloway naturally constructs a globe seen through females sight. The show's primary men personality, Josh, encompasses himself with females, and seems at home with his siblings, and, in one of his few collections of conversation, Sarah's spouse Len states, "I like lesbos." Compared with in OITNB, however, this globe seems untethered to truth. The figures swimming in cash based on un-named or farfetched resources (a rich, effective songs professional in 2014?).

I'm so over all of this. I'm so over actors and producers thinking that straight, cis. non-Disbaled men and women can represent trans*/Disabled/queer experiences better than we can. I'm over how they're lauded for their supposed bravery, talent, and open-mindness, when so many trans*/Disabled/queer people (routinely) ingest tremendous amounts of transphobia, ableism, and homophobia just to survive/thrive. The very fact that we're still here at all is noteworthy and revolutionary.

"While it might have been nice to see a trans woman in the role, the fact that Maura is just embarking on her transition mitigates any charges that Tambor, as a cis man, has "stolen" the part from a trans woman actress, in my view. "

In my view, this would be more solid if many transgender actresses had been approached and they had declined because they felt they could not represent a person just embarking on their transition.

I mean, why wouldn't a transgender actress not be able to do that?

There was a scene in OITNB in which Sophia is "early" in her transition* So, they can and do play these parts. To use that as justification for a cis man playing the part is just ridiculous, and it denies the ability of trans actresses to play complex parts.

*I really dislike the idea that there are "early" and "later" stages of transition. It implicitly furthers the idea that trans women were men who become women--when many never identified as men nor with masculinities. That's not to say that there aren't come trans people who have, or that they're aren't fem cis men.

When I identified as a cis, a trans guy friend of mine said, "I don't think I'm becoming a man anymore than you are." Meaning that even cis people are constantly changing aspects of their gender performance, albeit unconsciously.

i completely agree with you BUT, interestingly, for that OITNB scene laverne cox had her identical twin brother play sophia.

Having a cis male actor playing a trans woman perpetuates the idea that trans women are just men in drag. It also reinforces the idea that femininity is an artificial mask of sorts, about appearance--and it advances transmisogyny. It's frustrating when white actors are cast in roles intended for people of color, especially when those white actors put on black/brown/yellowface to play those roles... why does it not make us equally outraged when cis men are cast to play trans women?
It's great that the producers are working to represent the nuanced experiences of being a trans woman--that I'm excited about--but without choosing an actor who actually lives that reality day to day, without casting (paying) an actor who is less likely to get roles playing cis women, without representing actual trans women in the media... it's hard to be excited about Transparent.

I'm waiting for the day when there will be a tv show (or even movie) where a male character is happily married to a woman with kids, but then hooks back up with an old college boyfriend again.