Finally! In “Immortal Rules,” One Girl of Color Survives Dystopia I’ve never read a single books published by romance giant Harlequin and so I carried Julie Kagawa’s The Immortal Rules to the library checkout counter with some trepidation. Would this be a romance novel with a veneer of vampire smeared on top?

Instead, while romance does come up in The Immortal Rules, it’s not the focus of the plot. What does it say about the book industry that the only (English language) book I’ve found with an Asian female vampire as a protagonist is printed by a teen romance publisher?

Maybe Harlequin Teen was the only publisher willing to take a chance on a vampire book with an Asian female protagonist (and one that is actually written by a woman of Asian descent to boot!). It would have been nice though if the cover model looked Asian rather than white, but there have been numerous other bloggers who have brought up the whitewashing of protagonists of color, so I won’t dwell on the topic here.

The Immortal Rules is set in a dystopic future in which the Red Lung virus has mutated to turn vampires, humans, and animals into “rabids”—vicious, mindless creatures that crave blood and, like vampires, are unable to withstand daylight. Vampires have created walled cities to protect both themselves and humans against the rabids. In return for living in (relative) safety and being allotted food, humans must register and give blood monthly to keep their vampire masters well fed. Even then, humans periodically disappear from the streets, never to be seen again.

Allison Sekemoto is an Unregistered, a human living off the vampire records and thus exempt from the monthly bloodletting. Being Unregistered also means that she doesn’t receive the monthly meal tickets allotted to Registered humans. Instead, she begs, steals, and scrape up food any way she can— the penalty for being caught is execution. The book opens with the public execution of three Unregistereds who have been caught stealing food from a warehouse.

The object of the quasi-romance is Lucas, a boy who’s never fully described, but when he first appears in the book, he’s “dark and muscular.” Lucas and Allison’s young romance is in its budding stages: “We’d kissed last summer, more out of curiosity on my part, but he had wanted more and I wasn’t sure if I was ready,” Allison states. “I just didn’t know if I wanted to get that close to someone. What if he disappeared, like so many of our kind did? It would just hurt that much more.”

Despite being the only girl (and the only Asian) in her gang of Unregistereds, Allison is able to fend for herself in a fight. She breaks the nose of Rat, the newest gang member, after she catches him going through her meager belongings. When food is scarce, she ventures into a long-forgotten tunnel under the wall to scavenge the ruins outside the city. When she encounters a vampire upon her return, she vows not to let him take her without a fight.

In addition, despite the vampires’ ban on books and reading, Allison not only knows how to read, but is determined to teach the others in her gang. The books that have survived the vampires’ destruction of every school and library within the city walls offer Allison a peek into the world before the Red Lung and she is determined to pass it on to others: “If enough people knew what life was like…before…how long would it be until they rose up against the bloodsuckers and took everything back?”

Yep, Allison Sekemoto is not the submissive Asian girl of so many stereotypes. Interestingly, though, she is the only identifiable female character of color in the entire book.

Readers who notice race (or the absence of race) in fiction might note that, later, when a vampire takes Allison for her first hunt through gang territory, the gang members who threaten them call her a “sweet little Asian doll.”

Allison’s later love interest is Zeke (or Ezekiel) Cross. In contrast to Lucas, he is blond with eyes that she describes as a “bright, piercing blue.”  Zeke is part of a group of people searching for the mythical Eden (in this case, a city without vampires, not a Biblical paradise). Like Allison’s first gang, this one is also mixed race, although only a few characters’ races are clearly described. There is Jake, a middle-aged black man with a bad shoulder. There is dark-skinned Darren, who, like Zeke, is “all lean muscle and wiry strength.” Teenage Rebecca and her six-year-old brother Caleb are simply dark haired. Dorothy is a middle-aged blond woman who sees both angels and devils that no one else can. Rachel, Allison’s antagonist, is never fully described—readers never get any hints about her skin tone or features. She’s simply dark-haired and slender. (I understand that, in a dystopia where one scavenges for food and must keep moving to avoid vampires, rabids and Raiders, no one will be well-fed, but I wonder why Kagawa chose to describe Rachel as “slender” rather than “scrawny” or simply “skinny.” Is that the influence of her editor at Harlequin Teen?)

The sequel to The Immortal Rules is due out this month. It will be interesting to see if Allison’s adventures through the landscape uncover any other girls of color or if she is the lone Asian girl who has survived Kagawa’s dystopia.

Read the rest of this series covering race in dystopian YA novels!

Relevant: Ain’t I A Mommy 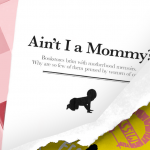