Anthony Geisler, President of LA Boxing, is dealing with Chris Brown’s arrest on criminal threat charges in true eye-for-an-eye fashion. Geisler started a Facebook group earlier this week called, I Want to Fight Chris Brown. (At the time of this post the group had 1,518 members and counting.) He also sent a letter to Brown’s manager challenging Brown to step into the ring with him and “see what it’s like to face a real opponent.” (Link to the news story here).

Commentators on the Facebook group fall into roughly two camps: those who think that challenging a person charged with beating up his girlfriend to a physical fight is counterproductive and ridiculous, and those who think that it’s the only way to teach Brown and others like him that they can’t get away with their abusive behavior. Throw in the fact that LA Boxing is the world’s largest mixed martial arts training center, add a healthy dose of masculine posturing, and you’ve got yourself a violent, confusing mess.

Doesn’t this remind you of something that might have happened around the 17th century, when men publicly fought one another for women’s honor and people were regularly slain in organized duels? (Hopefully it is clear that I am drawing on the knowledge I’ve gained from watching Dangerous Liaisons and A Drunk History of the United States to make this comparison.) Could it be that Geisler is just a history buff, yearning for days gone by?

To be honest, I am fascinated by this. I certainly can’t say that I condone violence, or that I think the right move here is for Chris Brown to get in the ring with a professional MMA instructor (or 1,528 of them). I do, however, think it’s interesting that so many people (men and women) have joined this group and are advocating this type of a response to domestic abuse. Could it be that they feel powerless against domestic violence and want to see someone literally beaten as punishment? Have they lost faith in the US legal system and are therefore looking to take matters into their own hands? Or are they just violent people who are looking to get attention by threatening even more violence?

What do you think? Can a “campaign” like this ever be productive? Is it just a publicity stunt? Clearly, Chris Brown is not going to fight all of these people (as of yesterday he had still not responded to Geisler’s letter). Could it be that this call to fight was issued just to highlight the fact that Brown is willing to hit his girlfriend, but not a trained fighter? Should attention be drawn to that fact, or is it irrelevant?

Share your thoughts in the comments section and maybe we can all make some sense out of this. (Don’t worry, no one will challenge you to a fight if you don’t.)

I think they should have to date for a year before the fight to make it more realistic.

it was an aweosme event keep updating about the upcoming professional MMA events :)
<a href="http://www.fightlockdown.com/">MMA Forum</a>

I bet most of the approval comes from people who want the punishment to fit the crime. Our justice system has become so complex that it usually doesn't give people a visceral feeling that the criminal got what's coming to him. (I learned that from <i>The Mikado</i>.) Imagining him getting whomped by a real boxer? That fills the bill.

I teach self defense and am also a huge mma fan. I agree that the response seems more to do with frustration than it does with people actually believing it will resolve anything, or get Chris Brown to show up to get his ass kicked. I admit I would possibly enjoy that. What is encouraging is that there a lot of people who want to protect women! Maybe it wouldn't happen as often if more people would step up and try to defuse domestic violence situations, shame perpetrators or otherwise make their cowardly behavior less easy to get away with. The legal system has taken steps, at least as far as I know in California, but so much more needs to be done to remove the stigma from the victim, reduce the urges for violence within men, and give more women capability and support to get away from abusers.

I'd like to see mma groups like UFC of course, or mma camps or clothing companies, come out strong against violence to women. Like any sport, especially violent sports, mma has its share of assholes, but in my experience mma fighters as a whole are developing a culture of mutual respect, self control, and an understanding that the sport is clearly not life, but a forum for athletic activity. Brutal athletic activity. I also glean excellent information for women's self defense from mma techniques, so there are other obvious links as well.

I think it's a good idea. Chris Brown is probably quite humiliated by the "challenge" and that's definitely what he deserves.

Anthony Geisler ought to be ashamed of himself for using this unfortunate situation to gain publicity. I'm a female Anthony. I'm challenging you to a fight in the ring!

Hey anonymous, I'll fight you if Anthony won't. I'd smack you wherever you want me to, I don't discriminate... Holla!

I don't condone violence in any form, but I agree, as you raise the topic with Brown and the facebook group and everything, that it does seem quite interesting. 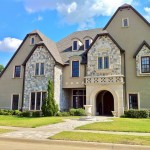 by AJ Kelly
The rules for Instagram homes are a throwback to the 1950s.