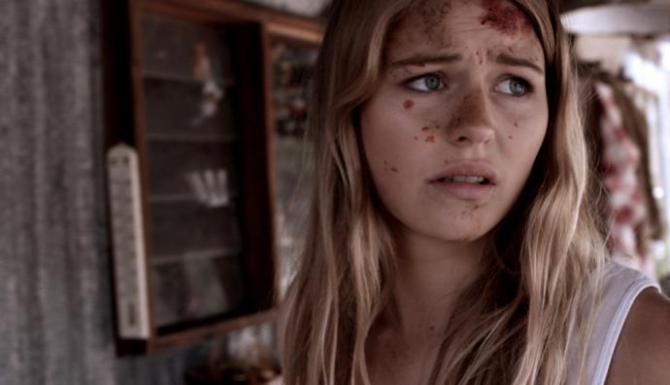 For every woman working in the film industry, there are five men. Part of the systematic discrimination that women working behind the scenes in Hollywood face is the misguided notion that women are only good at making certain kinds of films, like rom-coms. Though several action, horror, and sci-fi films directed by women have garnered critical attention recently (see the excellent films The Babadook and A Girl Walks Home Alone at Night), over and over, women in Hollywood report that studios and industry higher-ups all-too-often believe that these genre films are better off in the hands of male writers, directors, and producers. The Etheria Film Night challenges all that. Etheria is a prestigious annual showcase of horror, science fiction, fantasy, action, and thriller films by women directors, writers, and producers. This year’s Etheria Film Night screened seven films—six short films and feature-length film Inner Demon—at the Egyptian theatre in Hollywood on June 13.

At the festival, long-time writer and producer Jane Espenson won the Inspiration Award for her oeuvre, which includes work on Once Upon a Time, Battlestar Galactica, and Buffy the Vampire Slayer. In her acceptance speech, Espenson noted the importance of honoring and nurturing creativity, nodding to the fact that often women’s creativity is stifled in the male-dominated, cookie-cutter world of Hollywood.

All of the films at the one-night festival were great, but I will highlight my favorites. Keep an eye out for these in festivals and theaters!

Written and directed by Ursula Dabrowsky, Inner Demon is an effectively claustrophobic horror film seething with understated nods to the cycle of male violence and control. Superb cinematography belies the film’s small budget and Sarah Jeavons, in her first lead role, is mesmerizing as she winds up in a visceral fight for survival. The film opens with with Jeavons playing Sam, a young woman who’s babysitting her nervous younger sister. She’s a caring and capable older sister, offering her sis assurances that she will protect her if anything bad happens. Bad does happen, of course. The film teems with stomach-churning moments (at one point, Sam has to sew up a wound with a fish hook) and toys with power dynamics—as the story develops, it’s not clear who’s a villain and who’s simply been forced to commit evil.

Shevenge, directed by Amber Benson (who got her break as Buffy the Vampire Slayer’s Tara Maclay) combines comedy and horror in a nice reversal of the typical horror film dynamics, where male killers plot the intricate demise of women. Instead, here three female friends imagine inventive ways to get revenge on their less-than-stellar boyfriends. The fantasy sequences are riveting and clever—including a guitar being fashioned into a murder weapon and fed-up housewife who crawls demon-like across a dining table.

El Gigante focuses on Armando, a desperate migrant who pays a coyote to smuggle his wife and children across the US/Mexico border, then awakens to find himself in a macabre wrestling ring with a Lucha Libre mask sewn onto his face. This is an intricate short directed by Gigi Saul Guerrero and allusions abound to the violence and depravity surrounding the crossing of the US/Mexico border, as well as the cannibalistic nature of capitalism.  This short is the first chapter in what the team hopes will be a feature film.

Maria is cooking herself dinner and tending to her beloved cat when a man claiming to be her neighbor knocks at her door, begging to be let in. In director Arantxa Echevarria’s Spanish thriller, we know we probably shouldn’t trust the man’s baby-faced, timid demeanor. Set entirely inside Maria’s apartment, the film foregrounds the home as a space that is often not safe, especially for women. Violence against women, so often perpetrated within the home by someone seemingly trustworthy, undergirds this unnerving short. And there is a killer twist at the end.

Set in a small ‘80s Texas town, director Chloe Okuno’s sinister coming-of-age story focuses on wallflower Maddy’s dreams of catching the gaze of the cute boys at the local roller rink. Alas, shy Maddy lives with her grandmother, who spends her time glued to the TV while their house rots around them. There’s a refreshing absence of sexual condemnation around the desires of nerdy, nervous Maddy, and the short, in just 20 minutes, packs in a nuanced critique of slut-shaming.

Natalie Wilson earns her keep as professor of women’s studies and literature and moonlights as a pop culture critic. Author of Seduced by Twilight, she is currently writing two books, Feminist Perspectives on Zombies, Vampires, and Witches: Radical Monstrosity in Literature, Film, & TV and Feminist Shorts: A Succinct and Savvy Introduction to Feminism. You can follower her on twitter @DrNatalieWilson.
by Natalie wilson
View profile »

It's not new, but The Babadook is a really scary Australian movie written and directed by Jennifer Kent.

It was a great movie! I really like how Kent incorporated the trials of single motherhood and how alienated you can feel from the rest of the world. The story of the single mother can sometimes become horror as you navigate your life without due recognition and praise for your efforts. She builds tension with the lack of a second parent to be enforcer but shows that the mother loves her child to the fullest regardless of his lack of control. She fights for him even if it is hard for her. She paves her own road and finds that there is love even in the mess, even in the chaos. That is what motherhood is about.

Thanks for these! I'll be on the lookout to watch them when they're available in the US. These clips all look great and very promising, but "SLUT" is going to strike some chords with me as I was a wallflower myself just about that age in the 80s when the movie is to take place. Can't wait :)

This is testament to women's ptsd alive and in effect from the years of male abuse we are subject to daily. I think women feel hunted these days which isn't far from the truth actually it is truth. This is heart wrenching but so true and needed to be told about how far our pain goes how deep and sometimes how out of touch we are with it. Thank you for this one, it is crucial to see it.