I Just Want to Hang Out With Seattle Band Chastity Belt

Seattle four-piece Chastity Belt just released their second album, Time to Go Home, on record label Hardly Art. Listening to their songs feels like having a beach sleepover with your cool feminist cousin and many shots of Jagermeister. Here is the itinerary for a future slumber party I have planned in my head. 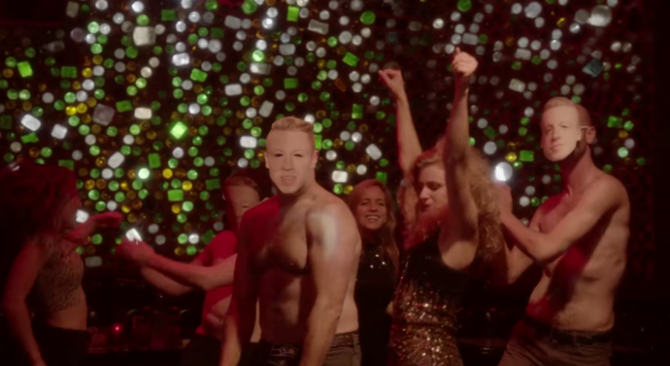 We'd hit the town and make fun of Macklemore.

The title song of the new album, “Time to Go Home,” is a lilting party ode, placed appropriately at the end of the album and, ideally, at the end of your nights out. Its lyrics contain a reference to Sheila Heti and mansplaining (“He was just another man trying to teach me something”), but the the song is made absolutely great by its video.  Directed by Bobby McHugh, the video shows the four band members on a theatrical night partying through Seattle’s Capitol Hill neighborhood. It culminates with them dancing in circles with four shirtless older men. The image is a surreal, not-so-subtle nod to the sexism at play in the average music video: usually it’s scantily dressed young women in the position of these men. But then the dudes don Macklemore face masks and it’s completely hilarious. Because let’s be real: Should Macklemore be the best-known face of the Pacific Northwest’s current music scene? Please no. 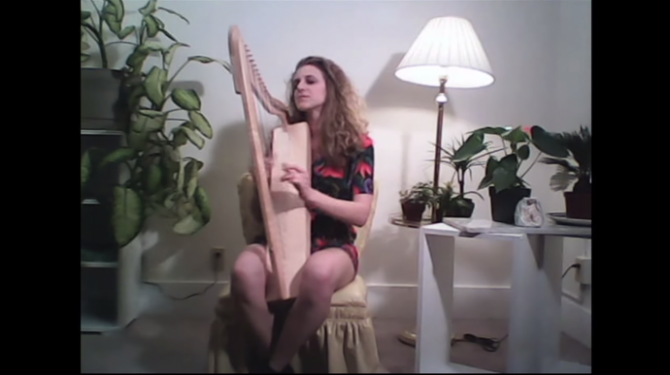 I'd annoyingly sing along to their low-key, sex-positive anthems. 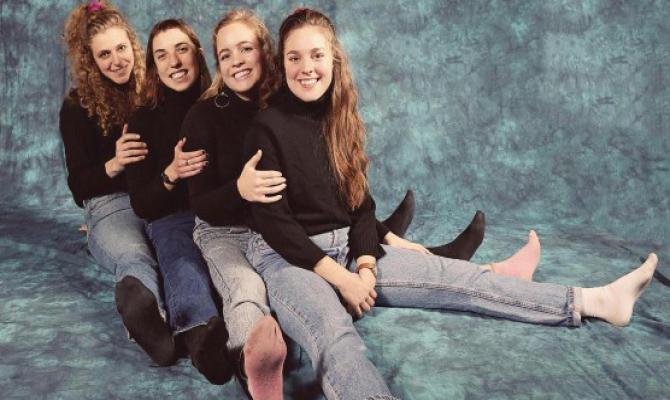 We could all take mall portraits together.

The band’s song “IDC”—that’s text-speak for “I don’t care”—asks if it’s cool not to care, a valid question in a culture oversaturated with irony. Sure, the band employs their own irony, like their incredibly awkward and amazing glamour shot-esque press photos, but this particular song is a direct nod to both their lyrical jokiness, much more present on earlier songs like “Giant Vagina” from their last album, No Regrets (Help Yourself), and their seriousness about the band. In an interview with Paste magazine, lead singer and guitarist Julia Shapiro said the band initially began as a joke, and that they probably formed the band as such “cause we thought we needed to be a joke in order to get that attention.” 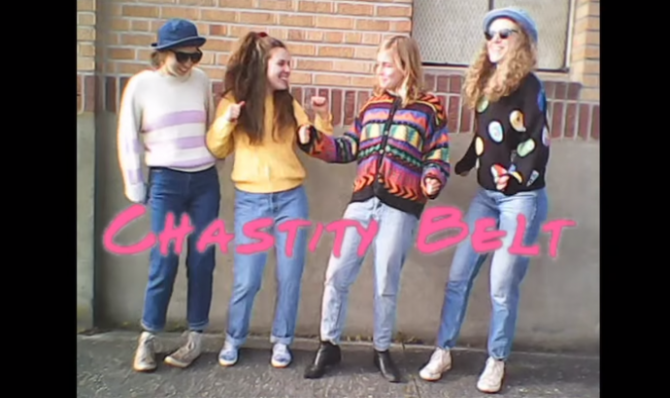 We would talk about how little sisters should have feminist role models.

In the interview with Paste, Shapiro also said she wasn’t really exposed to bands with girls in them when she was a young girl herself. She’s hoping bands like Chastity Belt can fill that void for other young girls. “I’d like teenage girls to be able to relate to this album and listen to it and think ‘Oh! I could be in a band too.’” 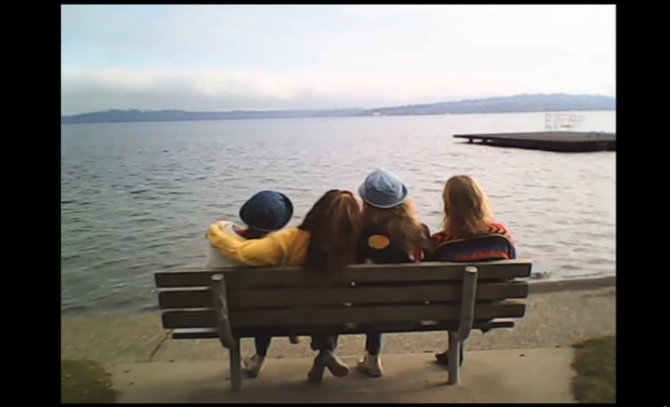 In a recent interview with Rookie, the band said they’re not too thrilled with the constant out-of-place comparisons to other wildly different bands that consist of all girls. “Most interviews bring up labels—'riot grrl’ or ‘all-female’ or what have you,” the band said. “We’re proud to be women creating something together, but I wish more people recognized it’s not the sole thing that defines us. We’re almost exclusively compared to other female musicians in reviews, even when the only thing we have in common [with those female musicians] is our gender identity.” Sound-wise they’re really closer to Real Estate, another chill, beachy band, though Chastity Belt has more melancholy and more bite. And reviews about Real Estate don’t call them out as being all male.

Related Listening: Stay Up All Night With Our Nocturnal Pop Mixtape.