For Realz?: (Reality TV) Fight Like A Girl (Gamer)

No one in the world appears to be watching this show except for me, so let me give you a quick summary – there’s a twelve competitive gamers are playing off each other for the chance to represent the U.S. in an international gaming competition. The schtick is: the gamers play real-life versions of the video games and then play against each other in the video game versions – so on week one, for example, which was Rock Band 2, they start out playing in a real band, then play Rock Band 2 the game against each other in teams, and then in the final elimination, it’s one-on-one. So far, there’s been gamers driving racecars, gamers shooting each other in laser tag, gamers dancing dancing revolution – you get the idea. Kind of genius, huh?

So on the bright side, there are more women represented on this show than I would have thought: five out of the twelve original contestants were women, and they all play professionally: one woman is the Guitar Hero world champion, a couple of women specialize in shooting games, and one woman is the founder of Frag Dolls, a women’s gaming group dedicated to promoting women in the industry. Kudos to WCG Ultimate Gamer for showing viewers (all three of them) that women are out there and are gaming at the very highest levels!

On the down side, though – the women are consistently performing worse than the men in the video game challenges, and on the last episode that aired, one of the women remaining (the Guitar Hero champ) is basically trying to sexualize herself with the high male performers in exchange for immunity. I know, I know, this happens on every single co-ed reality TV show out there, but it doesn’t make it any more humiliating to watch. What makes it worse, though, is that she’s also stopped trying to play well at all in the game-offs, and is trying to spin it as a strategy instead. I guess the self-sabotaging strategy isn’t uncommon across other competitive shows either, but why is it always women on competitive reality TV who do this? (I’m looking at you, Carla and Casey on the finale of this season’s Top Chef.) Stop it!!!

Thank goodness for Frag Doll Amy, though – she seems very centered, unwilling to tear the other women competitors down, she seems to have spent a lot of time thinking about women in the industry, and is definitely a good gamer – and I really do think the fact that she comes from a supportive group of women gamers must have something to do with that. I’m rooting for her to win (though it does seem like the one to beat is this dude with the freaky light colored contacts).

In the show’s defense, I should also say they’re really not playing up the girls versus boys aspect of this show at all (with everyone picking on the youngest Asian-American male gamer instead, which is a separate post in and of itself), and it’s clear they totally could have gone that route if they had wanted to – and I also think some of the issues I’ve got with the show could probably be addressed with some tweaking of the game rules. But the show designers can’t help it if women gamers are trying to gain some advantage by flirting, or if male gamers can’t seem to help themselves by falling in love with the competition. Come on, Amy, Chelsea, and Ciji! No more messing around – go for the kill!! 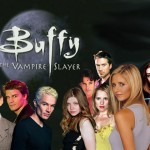