Four Female-Fronted Bands to Watch for in 2014 | Bitch Media

Four Female-Fronted Bands to Watch for in 2014

With so many folks starting new musical projects all the time, it can be super hard to keep track of who’s who. And while I’m a fan of more bands than I could ever list (who isn’t?), I’ve compiled a tiny sliver of a showcase of just four of our favorite new(ish) bands to watch out for next year. Come 2014, all of these bands will be releasing awesome new albums and playing lots of gigs. We wouldn’t want you to miss out on all the bands’ imminent hits, so listen up and follow away. Dreamt up in 2010 by Antía Figueiras and Marta Gonzales, Wild Balbina began when the two started writing songs together in a free rehearsal space in Vigo, a seaside town in northwest Spain.  Soon after the pair recruited bandmates Guillermo and Miguel on drums and guitar.  When they released Eat Tacos on Elefant Records last summer, the label chose to release the blue 7” record as part of their New Adventures in Pop Collection—a selection of new singles by not-so-well-known bands.

Though just over 11 minutes, each of the four tracks packs solid beats, sweet lyrics, and a clean delivery.  The drums are sharp, guitar and bass strums fluids, and the vocals are exceptionally buttery.  The tinges of accents heard throughout are special and add the perfect amount of character.  The band switches from teen pop to classic surf with a throwback sound that pays tribute to female-fronted bands like The Shaggs and Talulah Gosh.  They spent most of this past summer intensively recording and aim to have a mini-LP coming out Spring 2014.  After that they hope to pack their summer full of local gigs and a countrywide tour.  Check out the Wild Balbina Facebook page for news. Less than two years after its inception, Genders have been continuously on the go. They’ve played over 40 shows around Portland, completed an extensive national tour with Built to Spill, and they just released their first official full-length album, Get Lost, earlier this month.  Already having been voted one of Portland’s Best New Bands of 2013 by the Willamette Week and having been invited to perform a studio session with OPB, the four-piece band is well underway in proving that they’re a force to be reckoned with.

The wonderful thing about Genders is that their sound is like all of the musical crushes that you had in high school, except now they’re all grown up and it’s actually a very good thing. Their newest record is a combination of older songs from their EP and 7” as well as seven new tracks.  Get Lost blends early indie rock influences with chilled out, psychedelic notes for an aesthetic that is uniquely their own.  At times the beats are poppier and upbeat, as is the case with “Golden State”—a song that is very encompassing of Genders’ lighter moods.  Yet other times vocals get a lot louder and instrumentals get dark and gritty as is heard on “Secrets” and “Oakland.”

In 2014, they plan to get back into the swing of practice, write new material, and subsequently release an EP or album, perform at the Treefort Music Festival for the second time, and do a big West Coast tour.  Although not out on vinyl yet, the band dreams of pressing Get Lost as well.  So, here’s to hoping we can gift our record players something nice in the coming year.  Check their website for info about upcoming shows. Another band nearing their two-year mark, Prissy Clerks have been playing tons of shows around the country with the likes of The Corin Tucker Band, Young Prisms, and Best Coast.  Although their debut album, Bruise or Be Bruised, was released just around one year ago, the outfit continues to tour—most recently completing a quick five-state circuit in the West.

Having started playing teen twee under the moniker of Total Babe, lead singer and expert shredder Clara Salyer has steered the band in a grungier direction.  Their songs “Wisest” and “No Sir” are standouts as blatantly heart breaky ballads but “Psychic Love” draws heavily on a garage-heavy, bubble gum pop sound, echoing Thee Oh Sees.  Luckily for current and soon-to-be fans, the band plans to crank out more songs come springtime after a necessary “Minnesota winter hibernation.” Here’s a link to their Facebook page! I, like many fans, discovered Las Robertas through the World Wide Web.  It was just another day on Tumblr browsing the tag “Dávila 666” (a rad, now-defunct Puerto Rican punk band) when I saw a member of Dávila recording with a female musician.  I followed the blog, saw that its owner, Mercedes Oller, was a member of a band called Las Robertas, and thought “WOAH.” At the time their 2010 debut full-length, Cry Out Loud, was out on Automata Records, as was a Daniel Johnston tribute song, “True Love Will Find You in the End.”  Their music is a little pop punk and a little garage with surfy undertones.  It’s so catchy that it takes just a few hours before you’re singing their album in your head all day for weeks on end.  Their vocals are the absolute dreamiest, with songs about love, break ups, and respect-gaining murders.  Which gems should you turn yourself onto first?  The clearest and most encompassing contenders are “In Between Buses” and “Ghost Lover” from Cry out Loud and their sweet Beat Happening cover, “Foggy Eyes,” from their latest EP, Dissected Affair.

Although the band had a rough start getting immigration papers in order to travel the US, they’ve since played at SXSW a couple of times with shows on the East Coast.  They’ve got a super strong following throughout Latin America and played at Mexico’s beloved Festival NRMAL.  Though it’s unclear what specific tour plans Las Robertas have for the upcoming year, their priorities lie in releasing their second album in early 2014!  So be sure to keep your eyes peeled for a music video to their upcoming single, “Marlene,” and a subsequent album called Days Unmade.  You can even stream a sample of songs on their Facebook page.

What bands will you be on the lookout for in 2014?  Share in the comments below.

More great music! Check out our list of 10 great new songs out this winter.

Don't forget about Rocket 3, a rock trio from PDX, that hints of The Breeders, The Clash, and Blondie

Do you have a link to their music?

Same story different day. I'm glad you're showcasing international bands, but have you head of any women of color-fronted bands? White women from Spain are still white--any Latin@ person can tell you that. Unsurprisingly, the choice between female and POC rages on at Bitchmag...

Uuuuugh, this comment... Latin@s can still be 100% of European decent and have white privilege. I don't see any ladies of color in this article. Is the author really saying there's no women of color female-fronted bands to watch for in 2014? Or is this article only about yet more boring white hipster Portland-approved bands? Because if that's the case that should be the title of this article.

Here are some of my favorite female fronted local bands from Austin, TX:

Don't forget fringe class!! They have their 2nd release coming out in 2014
Soundcloud.com/fringeclass

I can't wait to hear new songs from the Japanese all-female rock band exist†trace. They're so awesome ^.^

I'd add The Chloes to this list. They've been tearing up TX, ATX, OK, surrounding areas...http://catchingchloe.bandcamp.com/

I'm looking forward to seeing Houston soul band, The Suffers at SXSW! My friend saw them at Austin Free Week and said that they are definitely a band to watch! The band has like 8 or 9 members and is led by a powerful female vocalist! Check them out!

ooops find them at www.thesuffers.bandcamp.com 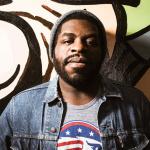 by Amy Lam
The writer talks about being an outsider and insider in literary spaces and punk.