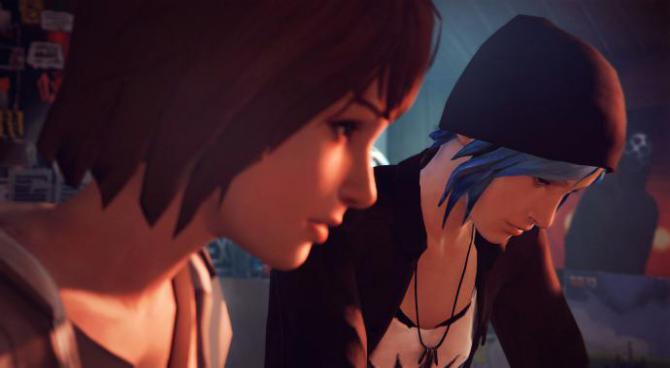 A still from Life is Strange, a new game about a girl who can stop time. The game designers faced pressure to make the main character male.

While the past year has revealed rampant harassment and sexism in gamer culture, many video game fans I know are fired up to seek out and support feminist-friendly games. I hope that video game development companies can level up to match that demand—especially since 48 percent of gamers are women.

PunchDrunk Games is one company looking to change the industry from the inside. PunchDrunk is a passion project—founded in 2012, it only has four employees. The company’s upcoming first release is Regicide: The Tale of the Forgotten Thief, an online role-playing game with retro 8-bit graphics. Unlike most 8-bit classics, though, the main character is female. That’s by design, says CEO Lucia Hill-Rains, who notes that she wants to “start a feminist revolution” within the gaming industry by creating games that center on quality female characters. 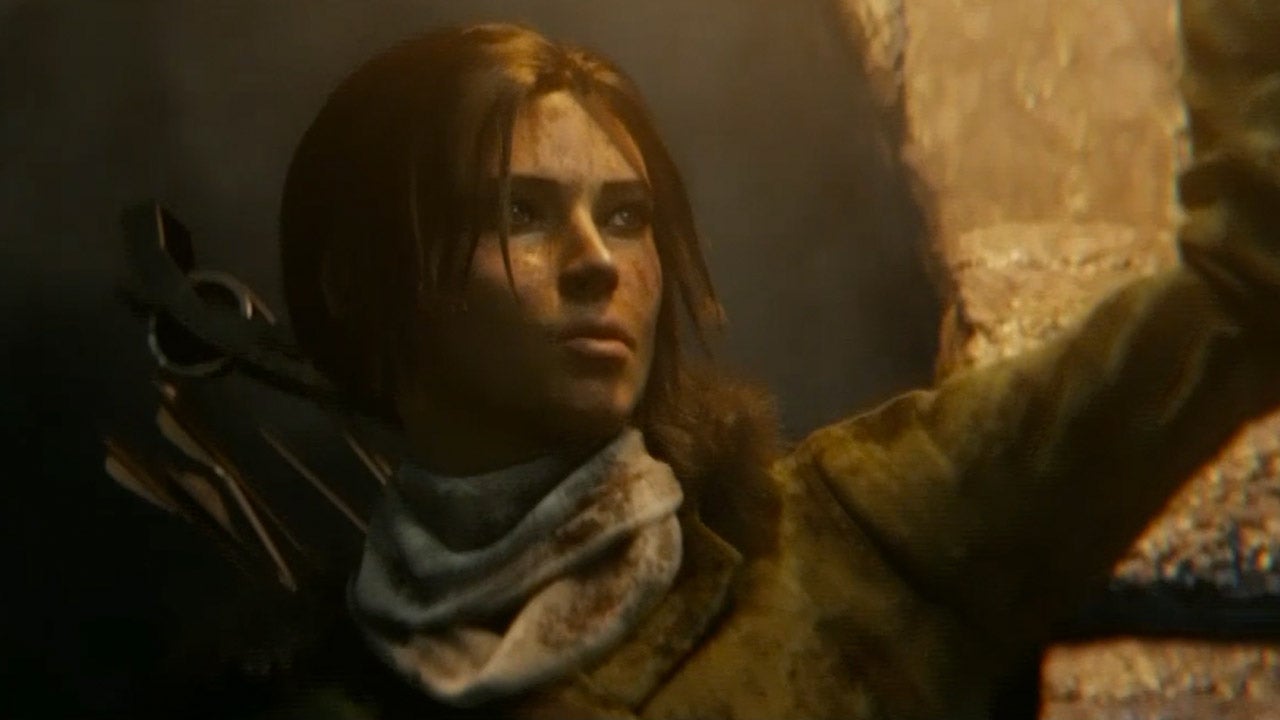 Punchdrunk Games is one of many game developers pushing the industry toward a more progressive future. Over the last few years, many different developers, both big and small, have taken strides toward better representing women in games. Even the infamous Lara Croft of the popular Tomb Raider franchise underwent a change in 2013’s Tomb Raider reboot. In that game and the upcoming release Rise of the Tomb Raider, Crystal Dynamics’s new Lara Croft is tenacious and intelligent. Her new character design (seen above) has evolved from pure cheesecake into a woman better dressed and prepared for adventure.

One of the most celebrated and significant games in recent years is 2013’s PlayStation 3 zombie apocalypse game The Last of Us by developer Naughty Dog. In survival horror, female characters are often fairly helpless and lack agency. The Last of Us includes a capable teen girl, Ellie, as a main character. Instead of being someone you need to constantly rescue, Ellie adapts quickly to the world after a zombie plague and helps protect the game’s protagonist from zombies, illness, and other humans. It is not often that a teenage girl is permitted to display such strength paired with emotional vulnerability in a horror story. The Last of Us, it’s worth noting, was a major hit—it claims the title of “the most awarded game of all time” after winning over 200 Game of the Year awards. 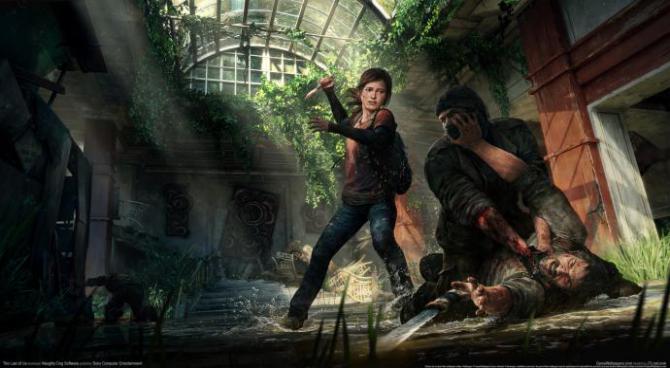 Weilding a knife in The Last of Us, teenage Ellie is no damsel-in-distress.

While Naughty Dog is a video game developer with roughly 250 employees, several of the best female-centric games are coming from indie developers. The Portland-based Fullbright Company is an indie developer whose story-driven title Gone Home merits a mention. In Gone Home, players take on the role of a woman who has just returned to her family home after a year abroad as she looks for clues within the house to discover what happened to her family while she was away. Additionally, Gone Home features an excellent Riot Grrrl soundtrack with songs from bands like Heavens to Betsy and Bratmobile. Gone Home was released to great critical acclaim both for its engaging story and design—and it sold well, too. The game’s success indicates that critics, as well as gamers, would like to see better representation of women in games. 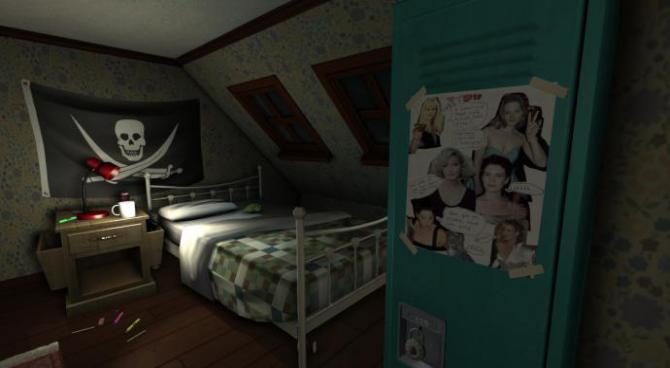 One of the realistic bedrooms in Gone Home, where players explore the mysteries of an empty house.

This January, French indie developer Dontnod Entertainment and publisher Square Enix released the first part of an exciting game called Life is Strange—the story behind this game reflects the challenges game designers can face when creating woman-centric storylines. Life is Strange revolves around a main character, Maxine Caulfield, a photographer who discovers she has the ability to rewind time. When Dontnod started looking around for a publisher to release they game, the met resistance to selling a game with a female lead. Numerous publishers asked the designers to change Maxine to Max, says Dontnod’s co-founder Jean-Maxime Moris in a short video about the game. The team refused to change the characters, since they felt a female protagonist was best suited to the story they wanted to tell about identity and growing up. Square Enix was the only publisher who was excited to support a game about a female lead. It looks like the hard work has paid off—the game’s first installment was the fifth best-selling Playstation 4 and Playstation 3 video game in Februrary. 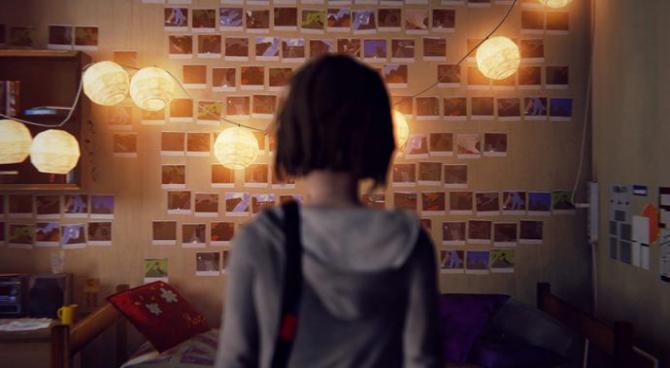 In Life is Strange, Maxine loves to take Polaroids wherever she goes.

Regicide, which is still in production, has a much different feel than these I mention. It’s a turn-based role-playing game reminiscent of some of the older Final Fantasy games of the 1990s, featuring puzzles that call to mind the Legend of Zelda franchise. In Regicide, much like in classic RPGs, players will solve puzzles to get through a dungeon as well as fight battles in the turn-based system, and collect items and spells to help them advance within the game. The game’s demo has gameplay mechanics rooted in early Nintendo games—Regicide’s website declares the game will cause players to “remember the golden age of gaming.” Regicide will be very story driven as gamers play the role of “an amnesiac who was locked away in an underground cave for stealing a loaf of bread.” A clone stalks her and she tries to figure out who she is and just what exactly happened before she was imprisoned. Punchdrunk Games is currently running an Indiegogo campaign to fund the finishing touches and the launch of Regicide.

Hopefully, these games all mark the beginning of a shift in video game culture where more gamers support female-friendly games by buying quality games and pushing to improve the industry’s culture.

Ironic, that the feminists making these games seem to think all bad ass heroines should be white. Think they need to look at what diversity means.

We have plans of fixing this for Regicide 2.

In the late 1990s, N64 came out with Perfect Dark, which was a first person shooter game with a female protagonist named Joanna Dark. It was my fave game Eva. Don't play any more but yeah.

I'm one of the four employees at PunchDrunk Games. Thanks so much Bitch for featuring us! If any of you are interested in learning more about Regicide or playing our demo, come check out our Facebook page! 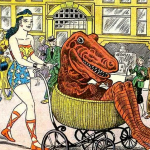