FOX News’ coverage of Adele and Kelly Clarkson’s performances at the Grammy’s took a bizarre turn when the channel brought on a nutritionist to discuss the “critics who are taking to Twitter saying they need to slim down.” Why random people calling famous women fat on Twitter is valued as a “criticism” that requires discussion remains a mystery. But the results were appalling. In their conversation, the anchor and nutritionist Keren Gilbert articulated that stringent body image standards can be harmful for young women—and then turned around and critiqued Adele and Clarkson’s bodies for not being “normal.” The anchor even took a pot shot at the nutritionist’s body for being too thin.

Check out the whole hot mess, or there’s a transcript below the video.

ANCHOR: What stuck in your craw?

NUTRITIONIST KEREN GILBERT: These women are obviously disciplined. They are beautiful women and I’m not disputing that, but if they walked into my office today and said, ‘I’d like to lose 10-20 pounds,’ I wouldn’t kick them out and say, ‘No, you’re at a healthy weight.’

ANCHOR: But you are saying that the skin they’re in now, they’re too fat.

GILBERT: We measure fat in this country—if you walked into a doctor’s office, he’d take your BMI. Anything over 25 would be considered overweight and unhealthy and you’d be at risk for certain health issues, like diabetes and high blood pressure. These are young women, what I’m saying is had they addressed these issues in their life, it’s a tough road—

GILBERT: Yes, and like so many women, struggles with her weight.

ANCHOR: But you’re judging them on their appearance.

GILBERT: I’m absolutely not judging them on their appearance.

GULBERT: No, listen, everyone has a different profile. This is a tough issue. We have all these ideals in our country, that we have to look like the model that rang the bell at 4 o’clock.

ANCHOR: If we put that on young women in this country and say, ‘You have to look like this, or you’re not cutting it.’ And then you look Adele, and you think it’s the modern day Mama Cass, and that it’s bad.

GILBERT: We’re also a nation filled with excuses. We have processed food, where we’re looking at Adele and saying saying, ‘I could be like her, look at what she’s accomplished. I could be overweight, I don’t need to address these issues.’ And what I’m saying is Adele is a beautiful woman

Do you really have nothing better to do/say then point out typos? I am seriously sick of people taking the time to comment on these things. CONTENT is key. As long as we can understand the post, who the hell really cares about that? Information moves fast and there is way to much to do and say to get stuck on spelling and typos. Seriously.

<p>Grammar and spelling are as important as content because they imply the professionalism and, by extension, the expertise--or lack thereof--of the writer.</p>

Also funny how she is the expert and he won't let her finish a single though without interrupting her and mansplaining to her why she's wrong.

Keren was telling it as is.If we want to decrease obesity in the USA we have to face reality.Just because overweight is the norm now doesn't mean we have to accept it.Celebaties are role models and have a responsiblety.

Right, because seeing Adele everywhere is giving me an unhealthy image of what beautiful is. Oh wait, no, it's not.

We're applauding the few fashion designers who have stopped using models who are dying because of their weight, as progressive and promoting healthy body images (when they/we have to... when there is a high profile story of a model dying on the runway because her heart failed because she was so underweight). Meanwhile it is common for girls in elementary school, who no one would call overweight, to talk about dieting or develop eating disorders. But I'm sure Adele's refusal to follow the advice of twitter will completely reverse that trend.

I'm sick of people going on TV/the internet and commenting about someone else's weight under the guise of "health." Because none of those people actually have any information on that person's health. You don't know if that person has any diseases that affect their weight one way or another. You don't know how active they are or how they eat.

Sorry, but I agree more with Katushya. Fat-shaming is not just insincere, but clearly, morally WRONG, and indicative of how fat-phobic our society is, based on the ill-educated assumptions that all "fat" people die early deaths. I had an obese great-grandmother who lived to AGE 102. I am also the daughter of an anorexic 78 year-old who fat-shamed me for much of my life, while she was a very finicky eater, eating too little at the dinner table and lost weight over time. I am sad to say this, but prices are being paid for it as I am writing this.

(Forgive me for any egotism showing in the following paragraph) As for celebrities being "role models," I never saw them as any and refuse and resist seeing any as "role models." I think it's a tragedy that too many of the status quo masses see them as being "looked up to." They are just entertainers and (In the case of many reality TV participants) narcissistic publicity whores. Role models should be the hard-working, example-setting leaders such as your local community organizers, your teachers, or even your local independent business owners--going beyond what's seen on media screens. I wish I could say politicians (and even some teachers), but as we have seen in recent years, any politicians proving that they cannot be trusted as leaders DO NOT set themselves as any kinds of role models. Another tragedy considering that leaders should and must be true" role models."

We need media literacy (and yes, you, too, <i>Bitchmedia</i>) to teach the masses that celebrities ARE NOT AT ALL ROLE MODELS and that calling out any physical imperfections of humans portraying themselves or anyone on our media waves must be discouraged. Parading ones selves across TV, movie, and YouTube screens do not qualify.

Your comment resonates with me in every way. The idea of media literacy is such a compelling one. And it can be discouraging to image just how much ignorance/naivety/capitalistic agendas get in the way of people connecting to their own value systems and perceptions.

As someone who recovered from anorexia and continues to struggle, oppositely, with binge eating disorder I can say this: the way we feel in our skin has very little to do with our actual bodies. Self worth is, of course, an inside job. But the perpetuation in the media of youth-obsessed cookie-cutter images is the soil that allows and invites these insecurities to blossom.

It is infuriating that experts (including medical ones) avoid healing the whole person. Even separate from self-esteem, a person's well being - whether it's their natural weight or their sinus infection - is cured by personalized care. Not every person with an x inch waist or an x BMI indicating 'overweight' is unhealthy! This is such basic science. And it seems our culture simply doesn't allow for it at all.

Completely Agreed. I think that many, if not most, celebrities are incredibly narcissistic. Why are we constantly looking at them in order to compare oursevles to what we "should" be. My grandfather was 87 when he died, which I consider a long, prosperous life, and he was always, for as long as I knew him, at least 20 pounds overweight. Being overweight should NOT be a concern of the media's for anyone like Adele or Kelly, and they should not be made to feel bad about how they look. It's so frustrating that this is happening... they too, are just people.

Anyway, the whole thing really makes me cringe. How have we let things go this far? What more can be done to make society understand that we don't give a damn if we're a little overweight? I still exercise 3-5 times a week and eat tons of fruits and veggies. I'm still 20 pounds overweight. When will people focus on accomplishments and intelligence versus weight and looks? Will it ever happen? Shallowness is everywhere...

I agree, as a Registered Dietitian also, with a Masters degree. This nutritionist didn't mention that BMI is not the most accurate measurement because it doesn't account for muscle mass. She did, however mention that all bodies are different, which is the main message here.
As a woman, who's BMI is 27, considered overweight, I do work hard and eat a vegan diet. All bodies are different. I think that this conversation was a good example that beating people down only stirs up more anger and frustration. When I counsel people, I put myself into their body and try to encourage them to where they want to go with their health, it's about the WHOLE person, their feelings about their body really affect their physical state. I wish this Dietitian would have stood up for these celebrities instead of what she did. After all, as nutritionists, we are activists, not against, but for people. There is no way, if those people walked into her office for counseling that he would start off with assessing their BMI first. She would get to know them and how they live their life, the WHOLE person.

Being fat is unhealthy, end of story!

My brother and I grew up in the same household. We ate the SAME food. We both played outside ALL the time (we lived on a farm). He was skinny as a rail, and I was fat. Fact of the matter is, we have different metabolisms. It's not necessarily an issue of being lazy, or being unhealthy or eating bad food. I gained weight no matter what I ate. Always. . I've never had high blood pressure OR high glucose levels. My body is the size and shape it's supposed to be. You can't expect a saint bernard to look like a chihuahua...and frankly I'm sick of the chihuahuas yipping all the time that everyone should.

Karen Carpenter comes to mind when I hear things like this. Beautiful girl, beautiful voice, told she was too fat for TV and the stage so what's she do, she becomes Anorexic and a few years later dies. Dianna Ross told to lose a few pounds,drugs to help her stay skinny and nearly kills her. Runway models that have killed themselves because some one said you need to lose a few pounds.

Ultra skinny people need to be quite because they have no room to talk when it comes to what looks good on an INDIVIDUAL.

No, listen, everyone has a different profile. This is a tough issue. We have all these ideals in our country, that we have to look like the model that rang the bell at 4 o'clock. <a href="http://www.inairobi.com/">inairobi kenya</a> 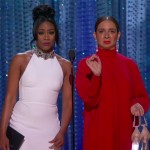