Despite all the recent harassment, many people and groups are successfully changing the image of geek culture—including these “punk senshi” cosplayers at Geek Girl Con. (photo by Sarah Mirk)

A long time ago in a galaxy far, far away… geeks and nerds were relentlessly mocked and bullied. So they found communities through zines and the early internet and congregated in comic book stores and arcades—spaces where they could feel sheltered from the cruel taunts of jocks and buoyed by like-minded obsessives. Occasionally, they were reported on with bemusement by local news correspondents, who attempted to comment on the costuming, devotion, and tribal behavior of True Believers, Jedi Knights, and Trekkies. Those gathering in lines for the release of Star Wars: The Phantom Menace or pilgrimaging from afar to the Geek Mecca of San Diego Comic-Con International were oddities to the general public, and therefore newsworthy.

There was an assumption that nerds were sexless, socially awkward basement dwellers—always male, always desperate for female attention (and thus implicitly heterosexual). They were just like the proverbial Comic Book Guy of The Simpsons, a character whose very name embodies a stereotype. 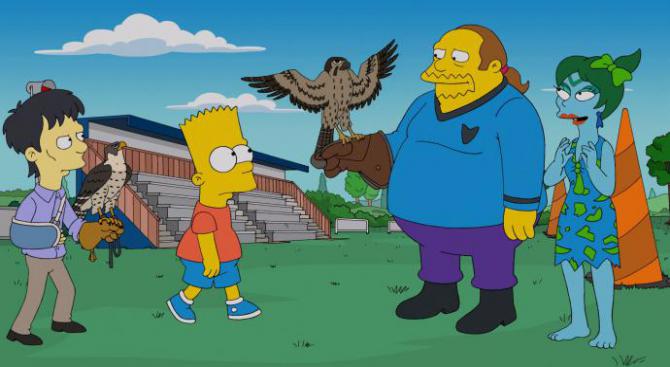 But that’s all changed in the past decade. As geek culture and nerd enthusiasms have seeped into the American cultural consciousness—and their buying power has become clear to marketers—people who may not have felt able to claim geek identity are able to be more open with their passions. The ubiquitous geekery of comics, games, and videos has brought more people than ever into the fold and made “nerdy” mainstream.

Some geeks don’t like it—and they’ve let it be known with harassment and intimidation, mostly of women by men, in gaming, comics, skeptic, and tech communities. It’s time for people who are grasping onto their privilege like the One Ring to understand the fact that geek culture is evolving for the better.

On Parks and Rec, Ben Wyatt gets it right:

One has to wonder: were the darling-bootied, fan-fic writing, board game-designing, arm candy of one Ms. Leslie Knope a real person instead of a television character, would he receive an avalanche of daily gendered terrorism a la Anita Sarkeesian for being a geek?

Or, as with other nerd dude icons widely recognized in American culture who have dared to comment on geek issues, including sexism and misogyny within geek culture (Joss Whedon, Wil Wheaton, Seth Rogen, Neil Gaiman, Chris Kluwe, Patton Oswalt, Greg Rucka, John Scalzi, Stephen Colbert) would he largely be ignored?

When Patton Oswalt lamented the mainstreaming of geekdom in a 2010 article for Wired, claiming its unprecedented accessibility changed the geek experience by making narratives and ephemera available to everyone and anyone at any time, suggesting that geek culture needed to die in order to be built anew, the Interwebs lost their shit. But while people were put-out, grumbly, and occasionally even combative, the response to Oswalt’s “get off my lawn”-esque feature seemed to refrain from the same level of sexual threats and stalking faced by women like Leigh Alexander, for example, who was showered with violent threats this year following her Gamasutra article on ‘gamers’ being over. (Or, perhaps Oswalt didn’t make any hate he received public. Regardless, evidence suggests online harassment is gendered in execution, so while Oswalt may have been insulted it’s unlikely he was sexually harassed for his opinions.)

What’s underlying the recent outburst of hatred is the fact that culture is changing. New communities of nerdy people are changing what it means to be a nerd, and so what we’re looking at in this cultural moment is not the death of the geek, but the death of a stereotype. People who’ve historically not been seen as geeks—people who are not straight, white males—are building communities online and IRL to connect genre preferences with identity politics. Think: Blerds or Gaymers.

Even Comic Book Guy has a cousin—Comic Book Gay, introduced briefly in a 2011 episode of The Simpsons. 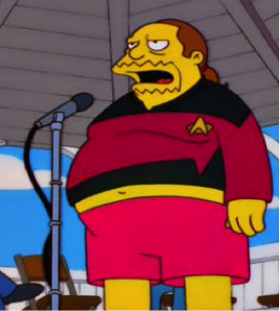 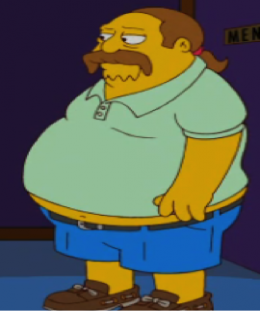 There’s a lot to celebrate about these changes. But in the midst of the death threats, promises of sexual violence, disturbing and puerile chatter, attempts to destroy finances and/or careers, and daily acts of gendered terrorism and other criminality, it’s understandable, as Bitch’s own Sarah wrote last month, to feel “like curling up in a ball.” But Mirk also noted that even as “Geek culture is currently getting a very bad rap from men who get off on threatening women… thousands of other people are determined to not let exclusion and male domination define the culture they hold dear.”

There are allied and growing intersecting communities of forward-thinking nerds using social media, performance, costuming, crowd-funding, and fandom to nurture supportive, activist, and celebratory spaces. Go ahead and call them “Social Justice Warriors” (the term, intended as a pejorative, has been embraced). With new spaces, these Social Justice Warriors are helping inclusive and intersectional geek culture flourish.

It’s in this spirit that, while battling the demons and the forces of darkness seething from the depths of geekdom’s personal Hellmouth, I think we should also make sure to take time to reinforce the more positive initiatives, interventions, and movements facilitated by open-minded geeks. It’s important to recognize people who are making our geeky world better—one nerdy act at a time.

So in the first of a series of three articles for Bitch celebrating the positive parts of geek culture, I’ll start by celebrating Geektivists—individuals, organizations, and communities who use their love of popular culture, and their fandom, to engage in a political and activist endeavors.

This short list is by no means comprehensive, but its a brief and necessary reminder of the true heart of geek culture. It provides a snapshot of what activism, fan activism, looks like in the 21st Century:

• The Browncoats: Fans of the short-lived television series Firefly have held fundraisers called Can’t Stop the Serenity that have raised over $900,000 since 2006 for human rights organization Equality Now.

• Harry Potter Alliance: A fan-created and supported organization with over 270 active chapters in over 25 countries makes activism accessible through the love and power of story. The HPA works for equality, human rights, and literacy—often utilizing social media for book drives, petitions, and fundraising that support their larger goals. Their motto? “The weapon we have is love.”

• Geeks for CONsent: A collective of comic, sci-fi, and fantasy convention enthusiasts (formerly of HollabackPHILLY) came together to create safer convention spaces. Geeks for CONsent raises awareness of harassment issues on the con floor, provides a safe online community for sharing stories, and advocates for strong, clear, and visible anti-harassment policies and codes of conduct.

• Sikhtoons and the Sikh Captain America: Vishavjit Singh’s road to being known as the “Sikh Captain America” began with his political cartooning and a post-9/11 comic illustration drawn at New York City Comic-Con that featured the iconic superhero as a Sikh man with a caption that read: “Relax, it’s just a turban, now let’s kick some intolerant ass.” After the massacre at a Sikh temple in Milwaukee in 2012, Singh started dressing as “the most patriotic of superheroes” and walking around New York City to shake perceptions of turbans and beards—enlightening others’ ideas about race, heroism, and patriotism.

• Con or Bust: This organization administered under the umbrella of the Carl Brandon Society helps people of color attend science fiction and fantasy conventions and thus increase racial and ethnic diversity in these environments.

• Comic-Con International’s Robert A. Heinlein Blood Drive: Started in 1977, the annual drive has collected over 14,000 pints of blood in the past 38 years. Additionally, in an unrelated charitable event every February, supporters of Women in Horror Month support a month-long massive blood drive.

• Child’s Play: A game industry charity with a network of over 70 hospitals worldwide, Child’s Play works with hospital staff to establish gift wish lists of video games, toys, and books for kids which supporters can then purchase. (They also accept cash donations.) The opportunity to experience a sense of normalcy while undergoing difficult treatments makes an immense difference in the lives of child patients.

In the next article in this series, we’ll celebrate Geek Girls!

Jennifer K. Stuller is an Ink-Stained Amazon and a co-founder of GeekGirlCon. Her feature “Leveling Up: Geek Woman Are Connecting Like Never Before” can be read in Bitch’s upcoming (Re)Vision issue.

Relevant: A Q&A with Kristen Sollee About Unleashing Your Inner Witch

by Dianca London Potts
Each page offers illuminating examples of women and femmes resisting the patriarchy and embracing their inner power.