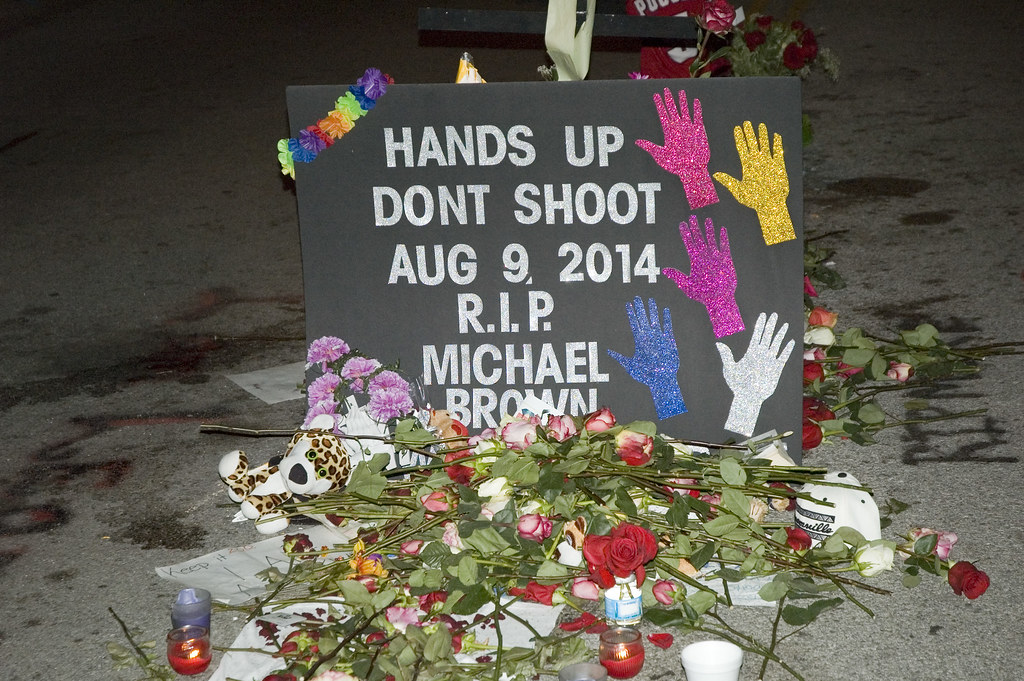 What do these women have in common? All were killed by police. All were Black women.

We're outraged by the killing of Michael Brown, the 18-year-old who was shot six times by a police officer in Ferguson, Missouri. We're outraged by the killing of Eric Garner, who died when New York police placed him in a chokehold, a move that is prohibited by police policy. While we're directing our outrage (and rightfully so) at the individual police who have killed these men, the police departments that have created a culture in which Black lives are seen as dispensable, and the power structures that allow these killings to continue, let's not forget the other people affected by police violence: women and trans people of color.

“Gender is not a separate discussion from profiling and policing,” said Andrea Ritchie, the director of Streetwise and Safe, at a panel on policing and gender in May. Streetwise and Safe is a New York City organization that works with queer youth of color who experience criminalization. Ritchie frequently works with people who have been stopped under the New York Police Department's infamous Stop and Frisk system, a policy that allows police to stop and search anyone they deem suspicious. Although the practice is purportedly color-blind, the police overwhelmingly target young people of color, particularly black and brown men. But Ritchie frequently hears stories of police violence from people who do not fit our perception of who gets victimized by police brutality, like women and trans people of color.

She recounted that one young woman was stopped by the police, ordered to remove her newborn daughter out of the stroller and place her on the dirty sidewalk while the police searched the stroller. The police found nothing illegal in the stroller. In another instance, during a stop and frisk, a police officer searched a young woman's phone, copied her number and began sending her text messages which have grown increasingly threatening and violent. In yet another instance, four young women—ages eight, nine, thirteen and sixteen—were stopped. None had anything illegal, but police took them to the precinct where they were held until their mother arrived to pick them up.

But even in or just outside their own homes, women of color aren't safe from police violence. Two incidents this summer demonstrate times in which police have assaulted women in or just outside their homes. Less than two weeks after they came under fire for killing Eric Garner using an illegal chokehold, New York police placed a woman who was seven months pregnant in a chokehold before arresting her. Her crime? Grilling in front of her own house.  One week later, New York police—responding to an unrelated 911 call—yanked a woman out of her apartment and left her in the hallway topless for several minutes.

As horrifying as these instances are, at least these women were left alive. Others have not been so lucky. Shortly after midnight on May 16, 2010, seven-year-old Aiyanna Jones was sleeping at her grandmother's house when she was fatally shot by police who raided the wrong apartment. On the second anniversary of Aiyanna's death, police forced their way into her family's new home, verbally berating and physically assaulting them. According to family members, this is not the first time they have been harassed by police since Aiyanna's killing.

Home also wasn't a safe haven from police violence for  92-year-old Kathryn Johnston either. Johnston was inside her home in Atlanta, Georgia, when police broke down her door during a drug raid. Johnston fired a single shot at the intruders, hitting none of them. In response, police fired 39 shots, killing her. Finding no drugs in her house, they planted three bags of marijuana, which they later admitted during trial.

This past May, police shot and killed Pearlie Golden just outside her home in Texas. Police were called after Golden, angry that her nephew had confiscated her car keys, began brandishing her gun. When police arrived, she was outside the house with her gun. One of the officers shot her; she died later at a local hospital. Although Golden had a gun, neighbors asked why shooting the elderly woman known as “Miss Sully” was necessary. “Even if she did have a gun, she is in her nineties. They could have shot in the air to scare her,” neighbor Lawanda Cooke told the local news. “Maybe she would have dropped it. I don't see her shooting anyone.”

All of these killings are tragedies. But they're not individual tragedies that happen in a vacuum. Police violence—particularly against people of color—isn’t just a problem in Ferguson or in Detroit or in New York City. Police violence, particularly against people of color, is systemic. But women who have been brutalized or killed never become as well-known; their names very rarely stick in public memory and never gain the same traction as Eric Garner or Michael Brown.

“They never become part of the story of state violence,” Andrea Ritchie told me this week on the phone. “No matter how many women are in the leadership of the movement challenging police brutality, our experiences are never at the center of the conversation.” But Ritchie is working to change that invisibility. She  recently received a Soros Justice Fellowship to document, build awareness, and strengthen organizing responses around the experiences of women of color with policing.

Expanding the conversations and organizing to include women's and trans people's experiences of police and violence strengthens our movements to challenge both state violence and deep-rooted racism.

Not sure how to dig deeper? Start here:

• INCITE! Women of Color Against Violence is a great resource on responding to violence in communities of color.

Victoria Law is a freelance editor and writer. She frequently writes about intersections of incarceration, gender and resistance. She enjoys reading dystopic fiction to escape the realities of the U.S. prison system. Photo of the memorial for Michael Brown by Peoples World, via Creative Commons. Stop Police Brutality banner is by INCITE, featuring art by Christy C. Road.

This is really disheartening, especially being a black woman myself. I look at my home as my sanctuary from all the madness. At any time the police can barge in my home, plant drugs on me, and shoot my family members. It leaves one with a sense of hopelessness. If you are white, please consider the humanity of non-white members of society. Many of us are in prison under false circumstances and really DON'T want to steal your wallet or use the government for food stamps. We just want to be educated, grow, and prosper like everyone else...and not live under tyranny. What about our freedom, our rights? If my black ass went into a grocery store on some 2nd Amendment Guns Rights crap--I would be shot dead in a heartbeat.

But men are victimized by police violence far more frequently, and I don't think it's any more wrong to concentrate on that than it is to concentrate of female rape victims. When men say "what about the men that are raped" then they are derailing the conversation by concentrating on edge cases, but when the conversation concentrates on the far-more-prevalent scenario of men of color being brutalized by the police, then suddenly those edge cases are critical?

it aint about which gender or salary range or geographical location or hair texture of black folks gets hit by police violence most frequently. its about telling the whole story & putting everybodys experience into the narrative. besides who is counting? can anybody actually provide reliable statistical evidence that one gender or another gets hit more or less frequently by state sanctioned violence? come on. that kind of divisive thinking just plays rite into the hands of those who are choking all of us to death.

unless we practice clear critical thinking & spend time checking stuff out for ourselves what we know about what goes in the world is what the dominant patriarchal media outlets of all colors tell us. they tell us about men -- what men do to & for & against & with each other. straight men. the experiences of black girls & women of all gender identities & sexual preferences get routinely assigned to the bottom of the back page or the last 30 seconds of the late nite news. so we dont know about these experiences. so we dont think they even happen. thats why we need outlets like this site to tell us the rest of the story -- to keep the whole picture smack dab in front of our faces at all times --to keep on telling us the whole story.

edge cases? what kinda talk is that? sounds like something out of a seminar on how to play along with the masters game. something to further marginalize the experiences of black girls & women of all gender identities & sexual preferences & thereby weaken our case. a false statistical front designed to get us more media attention? if we marginalize ourselves & screen ourselves then the big daddy machine will take us more seriously? pleezzzzze! didnt audre lorde tell us that the masters tools will not dismantle the masters house? are yo mama & my granddaughter edge cases? pleeezzz! by that definition we black folks ourselves are all edge cases.

but the proud reality is that from slavery til the present the fullness of our truth as a people is that black women have stood alongside black men in bearing the lash & the nite stick & the jail cell & the gun of the oppressor & in fighting back. why cant we just tell our full story? if not now when? after all arent we all being choked to death here?