A still from the Girl Scouts of Western Washington’s Indiegogo campaign video.

The Girl Scouts of Western Washington recently received a $100,000 donation. But the donor gave them one condition: If the Scouts wouldn’t guarantee that the money wouldn’t go to helping transgender girls, they wanted it all back. $100,000 is a ton of money for the Girl Scouts of Western Washington—it’s about a third of their financial assistance program for the entire year.

But what did the group do? They returned the money! Keeping with their interest in creating a diverse organization available to all types of girls, the group said they weren’t interested in the donation if it meant excluding trans girls. As the Girl Scouts say very publicly on their website, they accept transgender scouts: “Placement of transgender youth is handled on a case-by-case basis, with the welfare and best interests of the child and the members of the troop/group in question a top priority. That said, if the child is recognized by the family and school/community as a girl and lives culturally as a girl, then Girl Scouts is an organization that can serve her.”

But this decision to turn down a $100,000 donation is still a big deal, especially considering that in the fall of 2011, there was controversy surrounding the Colorado council’s decision to allow a transgender girl into the organization after initially turning her down. The Girl Scouts ongoing, growing commitment to inclusivity and their ability to change and learn from their mistakes is important because of how highly visible and influential they are in the lives of many girls.

Instead of losing all hope for that $100,000, they decided to start an Indiegogo campaign to make up for the lost funds. They’ve already done that and then some: as of this writing, they’ve made $185,000, almost twice their goal, in just the first day of fundraising.

It’s great to see such a public organization take a firm stand on something like this. As if you needed another reason to stock up on delicious Thin Mints.

Check out the Indiegogo campaign video below.

Jess Kibler is a Portland-based writer who wishes she’d been a Girl Scout.

Relevant: On Her Heartwrenching Album, 20-Year-Old Julien Baker Gets Deep 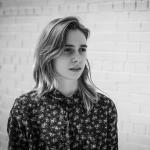 by Grace Manger
At only age 20, Julien Baker has come out as gay, survived addiction, and created a beautiful album.