Who Are the Black Girls in New French Film "Girlhood"? | Bitch Media

Who Are the Black Girls in New French Film “Girlhood"? 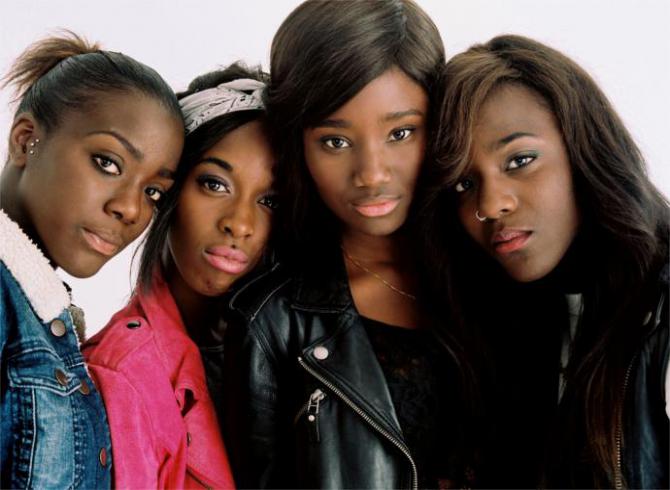 fire is burning down below

if you aint right down you go

let you start right in to moan

In Celine Sciamma’s new coming of age film Girlhood, we meet 16-year-old Marieme (played by the indelible and stunning Karidja Touré) at joyful celebration on a football field. Two teams of all-Black girls are cheering and lauding one another for a great game. Their smiles are bright and contagious. There is a quick cut to their exits through the field’s cement architecture and the girls peel off one by one, whispering “Salut” to one another. They live in the banlieues, the suburbs of Paris. The smiles fade and Marieme becomes visibly burdened as she quiets herself, returning to her home where trauma lurks against the percussive blue mis en scene. Bad news hits: Marieme’s bad grades have “sentenced” her to vocational school, destroying her expectations of attending a regular high school. Marieme pleads with the administrator, “You don’t understand, this isn’t my fault.”

She is immediately recruited into gang of three girlsat her new school—a fast paced turn of events, an urgent plot push that propels us straight to the meat of this fiction. Celine Sciamma wrote and directed Girlhood (whose original title in French is Bande de Filles—”Girl Gang”) and she balances the film in a teetering place between fiction and nonfiction. Marieme transforms into a new version of herself, choosing the name Vic to mark her new identity complete with tight mall clothes and a long silky hair weave. Marieme launches herself away from her school expulsion, her abusive brother, and her former self. But we never really know who she was to begin with. She is presented as having a melancholy, distracted demeanor, despite her community of friends, on the football field. We never return to the field, and instead follow Vic’s spiral into stealing, fighting, and drug use.

On a flight back from Paris two years ago, I saw Sciamma’s 2011 film Tomboy, a film about 10-year-old child named Laure who, after their family moves to a new neighborhood, dresses as a boy and begins to use the name Mikäel. I was deeply moved by the gender experimentation of young Laure/Mikael. Mikael continues to explore their individuality during a soccer game with a new group of male friends. The boys are running around spitting, and one by one begin to remove their shirt. Mikael follows, by taking their shirt off and running down the field to keep up with the game.  This is what filmmaker Celine Sciamma is sublimely great at: giving her protagonist an extended demonstration of themselves “in experiment” as a deliberate gesture of their humanity. In discussing her work on Girlhood, Sciamma acknowledges that her white privilege could enable her to reach beyond what she felt would be a one-dimensional character by not focusing on race.  In an interview with Shadow and Act, Sciamma explained her belief in universality and how casting a Black actress could challenge audience’s perceptions of a coming-of-age film:

Because there are very few representations, suddenly the movie has a new responsibility. That’s a lot on my shoulders. But I knew that when I was going into it, and I was okay with it. But I mean, I didn’t know how messy it could get. I’m making this universal, and I decide that my character, who represents the youth of today for me, can be black. … It [speaks] to the larger issue and the fact that there are so [few] black women directors, especially in France. I have the privilege and the power to tell the story the way I want… its not about race, its not about struggling with racism.

Throughout the film, this impulse towards telling a universal story depletes vital parts of  Marieme’s intersectional identity and the complex majesty of being Black and a girl. Instead our meager engagement with Blackness in the film feels sensationalized by aggressive public arguments and fights with rival gangs. The filmmaker’s colorblind approach to adolescence nudges the story away from growth and into voyeurism. Marieme remains at a stand still—but on the edge.

In an extended sequence of twilighted blue, we see Marieme and her crew (played by Assa Sylla, Lindsay Karamoh, Mariétou Touré as Fily) perform a loving rendition of  “Diamonds” by Rihanna. The girls are high, liberated and hugging one another, wearing stolen dresses. This is a scene that I didn’t want to end.  After mouthed solos of the ballad, there is a shout. Their hearts burst up and out into a glorious release. This is girlhood. Moaning for Bessie Smith, moaning for Black girls, moaning for innocence. The scene is followed by the girls sleeping in a glistening maze of brown arms and torsos, at gentle rest.

Girlhood is currently playing at film festivals in the US and is available on Netflix. Watch the trailer below:

Related Reading: 10 Films I Love About Queer Women of Color.

Erica Cardwell is a Black queer essayist, cultural critic, and 2015 LAMBDA Fellow. She tweets at @theomnivorous. 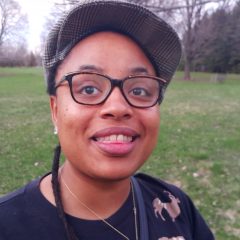 Erica is a black queer essayist, educator, and 2015 LAMBDA Fellow in Nonfiction. Her writing has appeared in the London Progressive Journal, Ikons Magazine, The Feminist Wire, Bitch Media, Hyperallergic, Sinister Wisdom issue "Variations", EMERGE: Anthology of the Lambda Literary Fellows 2015. She teaches English at the Borough of Manhattan Community College/CUNY, while finishing her MFA in Writing at Sarah Lawrence College. Erica is Blog Editor of the Sarah Lawrence journal, Lumina Vol. XVI.
Follow her @EricaCardwell

When I learned that the original French title of GIRLHOOD was BANDE DE FILLES, I immediately thought of Jean-Luc Godard's BAND A PART, or BAND OF OUTSIDERS. I cannot wait to see GIRLHOOD. But it's unfortunate that, since it's coming out after the over-hyped BOYHOOD, some audiences may ill-advisably compare the two. If only the filmmakers/producers/US distributors had kept the original title. Not only does it sound better, it's much more evocative; it seems to be in dialogue with the French New Wave, at once harkening back to a hugely influential film-making tradition and correcting it with the radicalism of the new film's chosen represented demographic: Black French girls in the Parisian banlieues. 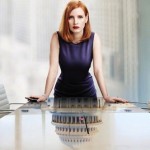