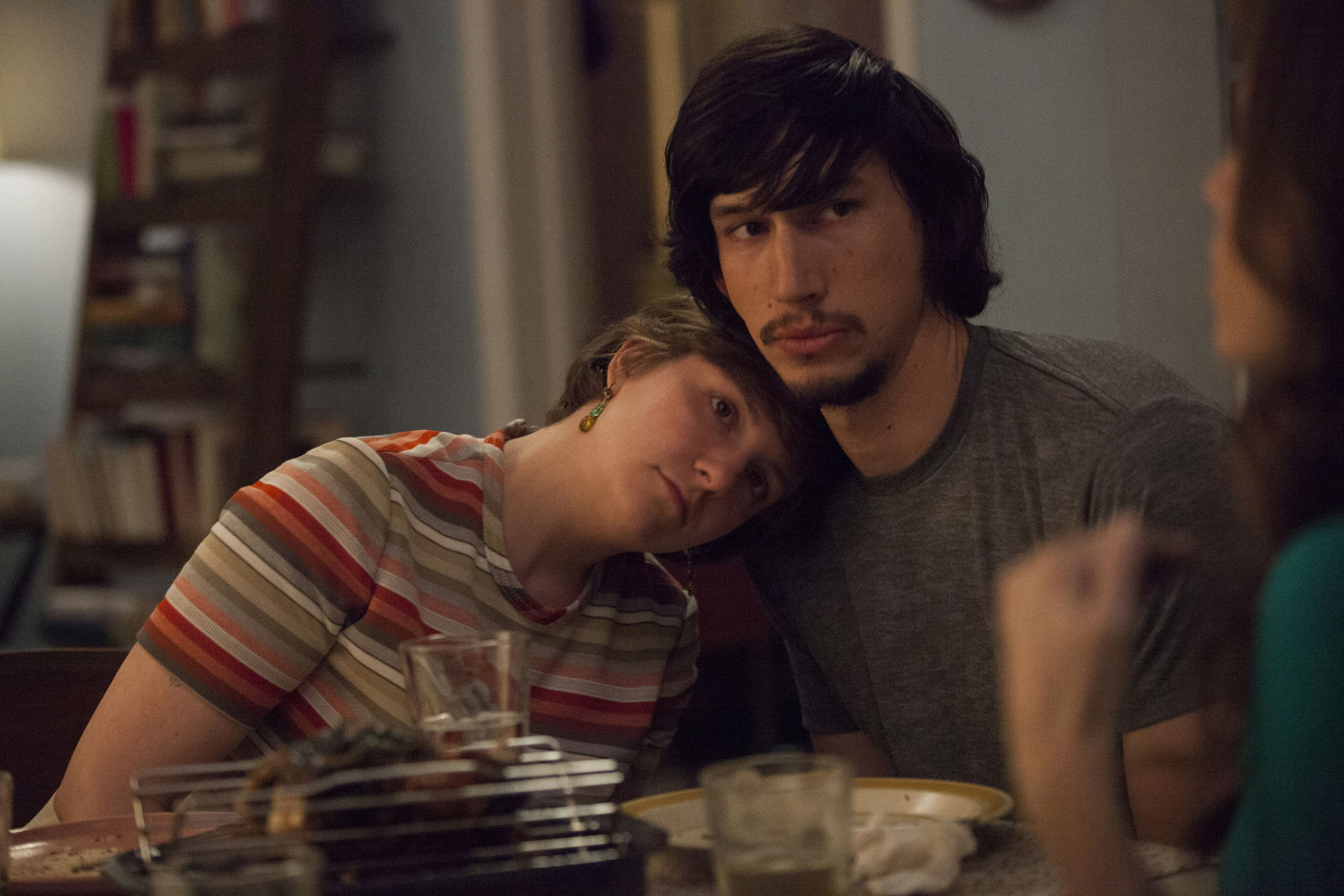 The posters for the third season of Girls have been plastered all over Los Angeles. In the ad, main characters Hannah (Lena Dunham), Marnie (Allison Williams), Shoshanna (Zosia Mamet), and Jessa (Jemima Kirke) wear fairytale ball gowns with hair in disarray while the tagline plays on an anti-fairytale vibe: “Happily Whatever After.” The first two episodes of the third season of Girls premiere back-to-back on January 12. After watching all of the past two seasons, I approached Season 3 with a lot of hesitation. The last episodes of Season 2 were increasingly frustrating as they dipped into the kind of fairytale ending the new season promises to subvert: Hannah and Marnie both spent the end of the past season getting “rescued” in the form of romantic relationships. I won’t get into too many details, but the first two episodes of the show do actually feel intimate and tonally different than before.

I like a lot of things about Girls. Mainly, I like that it grossly reflects some parts of my own twentysomething experience: frustration with a bad economy, awkward sexual and romantic encounters, and female friendships that can be both loving and jealous. Girls tells the personal stories of women, even when they’re ugly and at times reprehensible tales. I also like the discussion Girls has created; many people watching the show talk about how we can’t all connect with the world these girls live in—one that is supremely white, a portrait of upper-middle class “poverty” in which the main characters’ struggles often feel false. Girls deals with sex, modern life, and friendship in original, challenging ways, but the show has a lack of diversity and limited scope in terms of class. With Season 3, I’m hoping (and this recent snippet from Dunham helps) that the show will ramp up those uncomfortable narratives and show how insular the main characters’ worldviews are.

New Yorker television critic Emily Nussbaum argued that what plagued Sex and the City is that our society does not value stylized, highly feminine stories. We are coming off an epic television season where we’ve been inundated with white male anti-heroes who scatter corpses and masculinity all over our screens. But audiences apparently can’t stomach a female anti-hero. The women of Girls are all intentionally annoying and, unlike with the leads of Sex and the City, there’s been no attempt to make them more likeable. That’s what we’ll see all over the internet as the season kicks off: audiences complaining that Hannah isn’t funny enough, that Jessa’s a bitch, that Marnie’s a Disney princess, and Shoshanna is uptight. Male leads can be seriously unlikable—they can screw over their families and become meth kingpins and still have the audience rooting for them. But Hannah Horvath’s narcissism and nudity are reviled.

On viewing the first two episodes of the third season, I was excited to find that the writers don’t work to make the characters more explicitly likable. Instead, they expand the world of Girls to show how insular and irritating its characters are. In several ways, the world around the central girls starts to grow in the start of the third season. Instead of just following their upper-class lives around New York, the new season has the main characters interact with more places and people outside of their privileged scene. One of the characters starts the season in rehab, where people continually call her out for her shitty attitude and bohemian snobbish-ness. The show uses rehab as a chance for characters to voice real-world criticisms of the show’s narrow viewpoint.

Meanwhile, in the third season, Hannah seems to have finally grown up a little. Hannah’s always been polarizing: She’s selfish, narcissistic, and childish. But at times, she’s completely relatable: the confusing beginnings of her relationship with Adam (Adam Driver), her insecurity about her writing, and even at times her mental spiral resonate with me. In this season, she is finally taking both her writing and her mental health needs seriously. In previous seasons, she has sort of toyed with the idea of being a writer and somehow landed a book deal, but now we see Hannah actually writing. She’s meeting with her editor, making the time to write, and not constantly complaining about the job at Grumpy’s she needs to stay afloat. She’s also taking the steps to care for herself, making sure she’s taking her pills (with support from Adam), going to therapy and being more considerate of her friendships with Marnie, Shoshanna, and Jessa.

One thing that Girls does well is force its characters to deal with humiliation and failure. It’s nice to see Marnie’s perfect little world shaken up in previous seasons when her so-very-nice boyfriend Charlie (Christopher Abbott) stood up for himself. This year, she’s dealing even more intimately with disappointment. Instead of her fancy gallery job, she has to get her hands dirty working a service gig. Instead of a nice apartment, she’s reduced to sleeping on her mom’s sofa. Marnie has to rebuild everything on her own, an experience, that hopefully will continue to change her viewpoint. Though there’s not much concrete action in the beginning of the third season, there’s a tension that lurks in the background of the first episodes.

Girls conveys the anxiety of everything falling apart. Even as the characters go through the motions of work, dating, and Hannah’s 25 birthday, things feels tense and sinister. You can feel Hannah’s struggle with making sure that her OCD doesn’t coming raging back. You can see Marnie’s fear that she’ll run into Charlie on the street. You can sense that Jessa is fighting to make sure her vulnerabilities never rise to the surface. Those personal anxieties—the ones that can’t be fully explained or understood—wander in and out. I hope the gnawing discontent that permeates the beginning of Season 3 of Girls continues throughout the season—it finally gives the show the high stakes it needs.

yes i really agree with the view point that society seems completely unable to accept flawed female leads, when i cannot remember one male lead who was without flaws, in fact, when its a male who has a flaw, it's a way of making him more 'vulnerable' or even 'sexier' as the lead. but when it comes to a woman? oh hell no, she better be perfeect, in the sense that she must live up to the standard stereotypical definition of feminine. now I'm definitely not saying girls is the best show, or a great show ( i will be watching the 3rd season tho, after its finished probably as i don't get HBO), but if there wasn't such a lack of female dominated/centered shows on TV then it wouldn't matter so much. i remember reading a former WOC critic of Tyler Perry and his popular character, Madea. She said she used to criticize it, but then had second thoughts and realized it was Mr Perry's responsibility to convey a certain type of role model on screen or in life even, it was society's responsibility to allow more men and women of color to produce and star in media, to the point that it wouldn't really matter it one men produced something that was completely for comedic purposes.

is so amazing, and endearing, and relatable for so many 20 somethings of all genders. Most of the flak it gets is from sexist guys and their fedoraeqsue whining that Dunham dares show her body while not being hot. I do concede that the criticism about race are quite legitimate; they need to make the demographics reflect reality.

By the way, Girls is available for free legally on Youtube.