“Glena” Raises the Bar for Films About Female Fighters 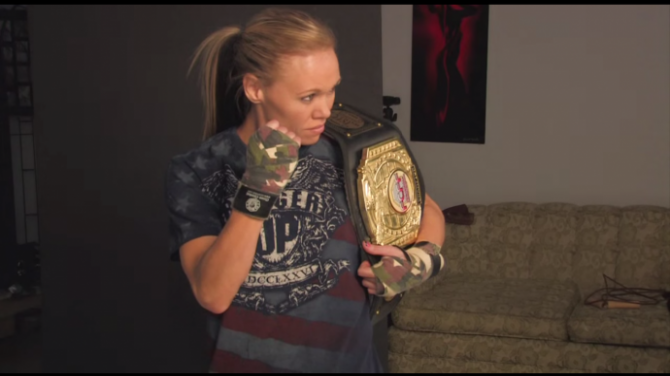 When Portland, Oregon documentarian Allan Luebke began working on Glena, about mixed martial artist Glena Avila, he’d envisioned a month of shooting that would result in a short film. But Avila, a single mom who began fighting in her mid-thirties (an age when many in the sport are considering retirement) proved to be an open book with an interesting backstory: she grew up in poverty, her once-solid relationship with her teenage son was flagging, their house was on the verge of foreclosure, and her ex-husband had initiated a custody battle, claiming that Avila’s fighting had a negative impact on their young daughter. Luebke wound up filming for a year and editing for another three, and after a lengthy tour on the festival circuit, Glena made its small-screen debut on Showtime this month.

In many ways, Glena is just another movie about a professional fighter. But after years of seeing female mixed martial artists represented only on bad, go-nowhere reality television shows, the film is refreshing.

At best, I’m a half-hearted sports fan, but a reunion with an old friend piqued my interest in mixed martial arts. Back in high school, Molly Helsel and I were bad kids. We ditched classes to smoke in the woods; we made fun of the jocks. And eventually, as happens, we drifted. When we rekindled our friendship years later, I was surprised to learn that Molly had become a professional mixed martial artist—at that time, one of precious few women who could make that claim. I watched a few fights online and was initially put off—the punching made me squeamish—but soon I began to see fighting as a complex game that required as much strategy as strength. It was spellbinding.

Yet a few things nagged at me. For one, Molly told me how hard it was to get good fights or sponsorships, explaining that the pool of female athletes was fairly shallow and that few promoters staged women’s bouts. Indeed, these components often fed one another. In 2011, Ultimate Fighting Championship president Dana White swore that women would never fight in his organization, later defending his position using the shallow-pool rationale. Meanwhile, out of the spotlight, my friend and fighters like her were taking just about any paying opportunity they could get—including a string of mostly dreadful reality shows—hoping the exposure might boost their careers. They were also hoping, of course, to make rent.

Hugely popular fighter Gina Carano was among the first to get in on the reality-TV game, joining the cast of 2007’s not-bad but short-lived Muay Thai show, Fight Girls. In 2009, the show FightLife (which to my knowledge never made the leap from online preview to network), veered toward the downright puerile, promising to “focus on the girls’ real lives: hardcore partying, the drama, catfights, relationships” and, almost as an afterthought, “intense physical training… and fights.” To the surprise of precisely nobody, the show looked more like Rock of Love than Rocky. And although 2009’s GFIGHT pilot promised quality matchups with veteran fighters like Tara LaRosa, Rosi Sexton, and my dear friend Molly—not to mention a healthy dose of drama (“Can Rosi handle being… a full time fighter and a single Mom?” “Will Molly stay… on the straight and narrow?”)—the show never went into production. Finally, NBC’s Ultimate Women Challenge (which due to ongoing litigation may never see the light of day), was by all accounts a disaster from the jump: fighters were provided inadequate food and medical care, were given “challenges” that had little if anything to do with the sport, and, as cast member Julie Kedzie later recalled for USA Today, “They told us it wasn’t going to be this sexy, running around in a bikini and partying kind of thing… then it ended up being that way a lot.”

Being the first feature film about a woman in mixed martial arts, I was afraid Glena might make some of the same mistakes its reality TV predecessors had. Instead, the film is structured around a series of important fights. While Avila’s personal story adds flesh to the narrative, Luebke’s camera really gravitates toward her intense training regimen, the combined physical and mental preparation that is necessary to win. In all these ways, Glena more closely resembles excellent “male” MMA documentaries such as Occupation: Fighter and Like Water—and for what this says about women’s present position in the sport, that’s a very good thing. 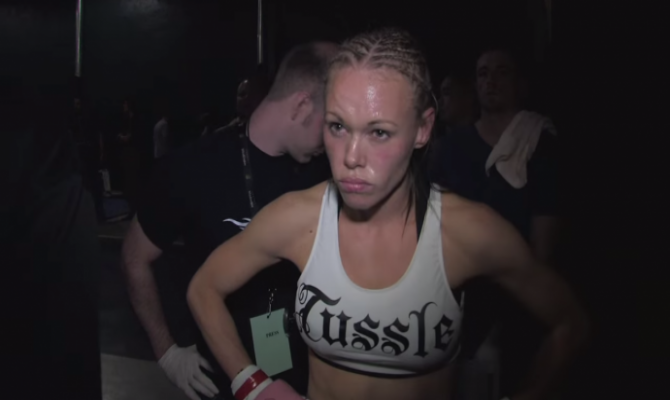 In her column for the Vice Fightland blog last February, LA Jennings applauded “the rise of women’s MMA and the increasing sense of ‘un-gendered’ events and media coverage.” On that point, Jennings is correct, and Glena is a fine illustration of this trend. But I’ll stop short of seconding Jennings’s claim that MMA is “quickly becoming the most egalitarian sport in the world.” Though media seems to be catching on, professional opportunities for women still lag behind. Furthermore, the overwhelmingly ignorant and unkind response from within the MMA community toward Fallon Fox, the first openly transgender athlete in the sport, lends ugly truth to the lie of parity.

Still, Dana “Never” White ate major crow two years ago when he signed former Olympic Judoka Ronda Rousey to the UFC, inaugurating the promotion’s first female division. Thanks to Rousey’s outstanding athleticism and a noisy rivalry with veteran fighter Miesha Tate, she has become one of the most prominent figures in the sport. In 2013, the UFC’s previously all-male show The Ultimate Fighter (TUF) shrewdly cast Rousey and Tate as head coaches of competing, co-ed teams; that season, episodes featuring women’s fights consistently earned higher ratings than men’s, netting on average 21 percent more viewers. In its upcoming season, TUF teams will be composed entirely of female fighters, with two semifinalists competing for a championship belt from the UFC’s brand-new women’s strawweight division.

Glena runs on Showtime through the month—and instead of hardcore partying, catfights, or bitter personal rivalries, audiences will find a portrait of a cage-fighting mom who defies the expectations of her age and gender, a son who leaves resentment behind to cheer for his mom, and a daughter who names Barbies after her mother’s sparring partners. And maybe—probably—they will find further proof of what my friend Molly has been saying all along: that these women are warriors, and they came to fight.

Related Reading: Against the Ropes — For Women Boxers, It’s a Fight Just to Get in the Ring.

Ellie Piper once took a grappling clinic with MMA superstar Miesha Tate. It was well above her skill level. She is a student of nonfiction writing and book publishing at Portland State University, and her words have been featured in Maximum Rocknroll, The Believer Logger, and Bitch. 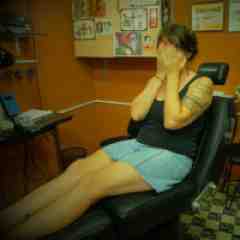