Her Life Depends On It | Bitch Media

Her Life Depends On It 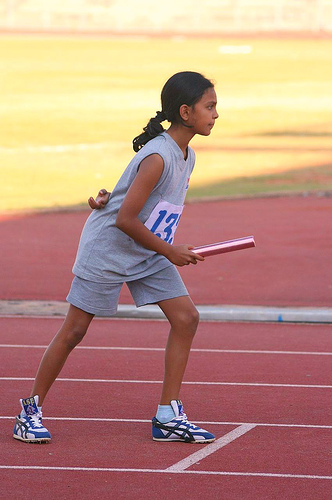 Here's something I learned today: Elizabeth Blackwell, the first female physician in the U.S., gave a series of lectures in 1859 that emphasized the importance of physical activity in the lives of girls-going so far as to define the first law of life as the law of exercise. Blackwell argued that a society that neglects that activity of girls-or, as the case may be, provides obstacles to it-denies girls "both happiness and life well lived."

It's 150 years later, and still, the freedom of American girls and women to live active, strong, healthy lives is still not on par with their male counterparts. Luckily, we have
another strong voice that is taking on Blackwell's legacy by taking the physicality of females seriously.

Public health is defined by the U.S. Institute of Medicine as the collective actions undertaken by a society "to assure the conditions for people to be healthy." And now, the Women's Sports Foundation (which is, incidentally, badass) is taking it upon itself to elevate how those conditions uniquely impact American women and girls.

"Her Life Depends On It II" takes the well-being and physicality of girls and women seriously in its evaluation of how their engagement in "moderate and consistent levels of physical activity and sport ... is essential to good health and well-being." As well, physically active girls and women are more likely to do well in academics.

Sounds like a no brainer? Maybe. But here's what especially stands out: 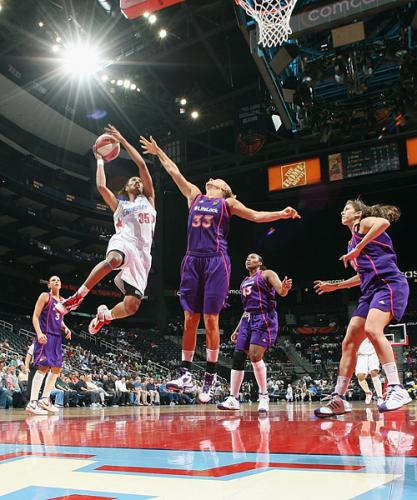 The report makes no assumptions about body size/shape and physical activity/health. This is an enormous relief in context of so much socio-cultural whining about 'the obesity epidemic,' which presumes that heavier people are less active and healthy than their slim counterparts-a presumption so faulty (and so well back-slapped by people like Kate Harding) that we simply must put it to bed. "Her Life Depends On It II" is a stand-out example of how we can finally - finally! - push the public conversation beyond the facile distractions of body size and get on with something more nuanced and interesting - like the possibilities, potential, and barriers for females of all ages to be physically active in America.

As "Her Life Depends On It" makes clear in its very title, the stakes are high. This is our very bodies we're talking about. Our movement. The length of our lives. Our likelihood of being sick or being strong.

While some of this is within our direct control (I've written before of Natalie Angier's wonderful call for women to get moving and to embrace their muscularity), we're also dealing with serious and deep societal structures that inhibit the health of our bodies.

Consider this small sampling of the report's findings:

Other interesting facts from the report: Since the passage of Title IV in 1972, participation of girls in varsity sports has increased an astounding 1000 percent. The popular sports for girls? Basketball, outdoor track & field, volleyball, fast-pitch softball, and soccer. For college athletes, 26,000 more women participated in sports in 2004-05 than in 1995-96.

As the report indicates, such amazing growth should belie any prehistoric ideas of biological determinism factoring into girls 'just not being as interested in sports' as boys, these kind of presumptions are nonetheless passed on by our what we leave out of our conversations about participation in sports ... and by what we communicate with such deep-seeded biases in our culture of physical activity.

I urge you to check out the full story in "Her Life Depends On It II." It's an appealing and easy-to-read report that's definitely worth pursuing. Admirably, the report doesn't stagnate in the position of urging the conscious shaping of conditions to facilitate more physically active girls and women; it also examines issues that female athletes uniquely face, including eating disorders, amenorrhea, and osteoporosis, and sports that can complicate body image (like competitive cheer and dance).

1. A young relay runner at the starting line. Via Creative Commons, birframes.

2. Angel McCaughtry, #35 of the Atlanta Dream, goes for the basket in a WNBA game. Via the WNBA.

3. A swing and a miss at the Little League World Series. Via Creative Commons, Old Sarge.

4. Women racing in the 1910s at the University of Wisconsn at Madison. Via UW - Madison's awesome site on the history of women playing sports at the college.

5. A rugby game on fire. Via Creative Commons, Tiago Celestino. 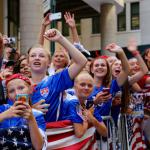 by Sarah Mirk
Even the country's most famous female athletes have a hard time getting equal pay for equal work.